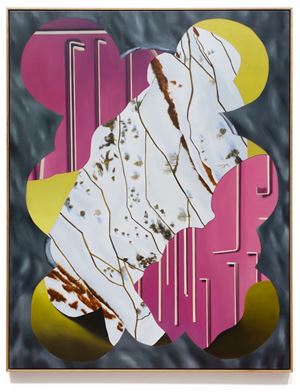 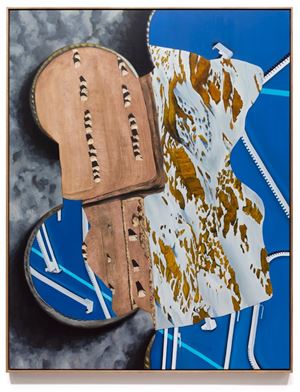 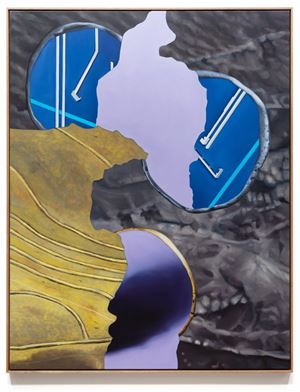 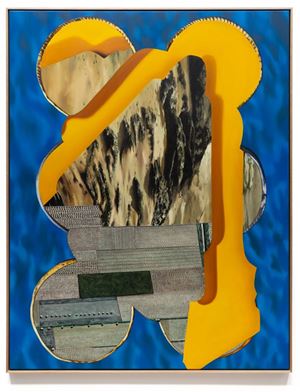 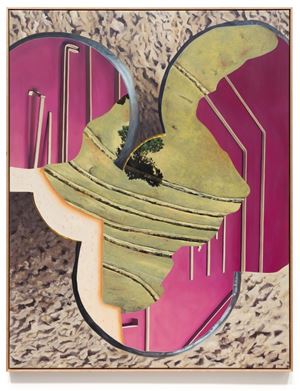 When I set out to make this body of work, I was drawn to an old book about ancient coins that I had found. ​The coins were laid out on textured backgrounds, their metallic edges bulbous and uneven from the process of being stamped, and often delicately ridged. ​As I began to use the backgrounds and edges of the coins in my imagery, I thought about the continuity of coinage throughout history and the perennial circular shape of most coins from around the world. ​In the long history of representative money and despite the more recent arrival of digital​ economic exchange and currencies, coins continue to be both round and around. In using the repeating circular edges from the coin pictures, I created a series of works which both echo and disrupt a sense of roundness and continuity. As I made more paintings, I thought about what stays the same and what changes, and experienced an overwhelming feeling of not knowing what the future holds. This feeling steadily increased during the time that I produced this body of work.

When Wormald transforms the collaged arrangements into paintings, she merges, adapts and repeats disparate forms, creating ​visual continuity and rhythm between the works. Following a perceptive visual logic, she accentuates shadows, negative space and complex layering, creating a playful ambiguity. This layering disrupts the reading of edges and blank spaces, inviting the eye to dip between foreground and background. Content and meaning are stripped away so that the pictures become visual conversations permeated with speculation and uncertainty.

Sign up to be among the first to know when new exhibitions by Alice Wormald or at Gallery 9 open.