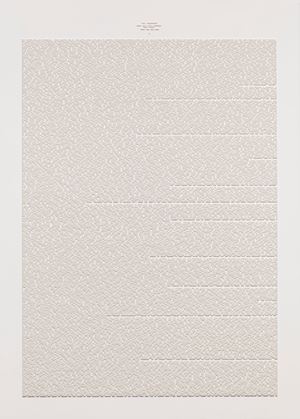 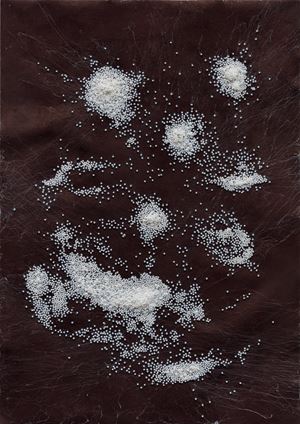 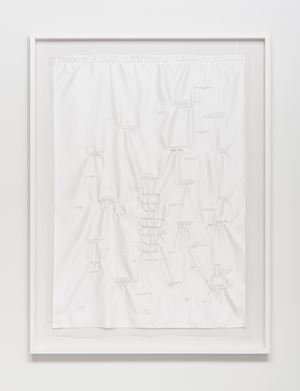 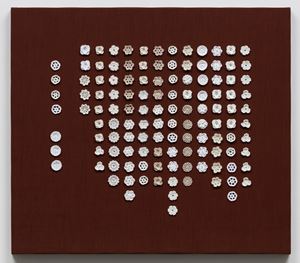 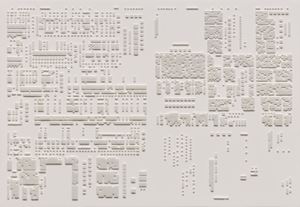 Gallery Baton is pleased to present a solo project, "Modern Boy" by Korean female artist, Koh San Keum (b.1966). The exhibition will feature meticulously composed new works by Koh who devotes her practice in embodying the immaterial and incorporeal.

Koh San Keum replaces the letters from various texts, such as poems, novels, and newspapers, with 4mm artificial pearl beads and textures in hand-knitted textiles. Each pearl bead is placed in accordance with the number of words and spaces between the words in a given text. Through her process, the semantic context of sentences is hidden and the formal and aesthetic expression, which stems from the artist's imagination, is revealed. The text composed of pearl beads breaks cultural boundaries and is reborn as a universal language that reacts by only visual perception.

Through the solo project at Art Basel Hong Kong 2020, titled "Modern Boy", Koh illuminates the various works and life of Lee Tae-jun (1904-?), who is still being a beloved writer and was a pioneer of Korean modern essay writing with his refined voice highlighting ordinary everyday things, with a unique vision and aesthetic approach. Through persistent research into the writer's major works and characteristic writings, Koh saw the subjects Lee tries to explore and caught glimpses of the mind of the writer and the man melted within the words and sentences and with Koh's own arbitrary and elegant selection of expression, she elevates the content to a higher status than any written word and makes it the center of her work.

Koh was especially interested in Lee's sudden defection to North Korea in 1946 and his unknown whereabouts thereafter, thus making the writer a party to Korea's turbulent modern history. The Artist did not limit her study of the writer's mysterious life by just exploring his writings, but also researched newspaper articles and other historical records and included these findings into her realm of work. In doing so, Koh reflects on the efforts of the essayist to concentrate on personal and simple subjects to calmly maintain a purely literary form even during the darkest times when the power struggle between the World's Super Powers were at its peak during the early 20th century, at the same time expressing respect through labor intensive works using pearls, knitting, and sculpture reproducing the original form of a pagoda.