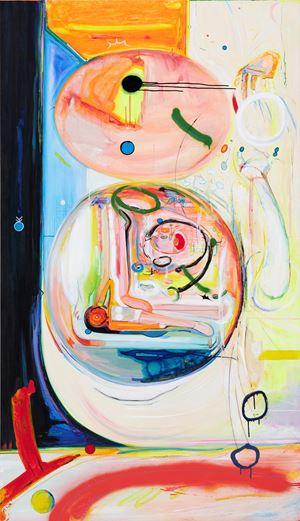 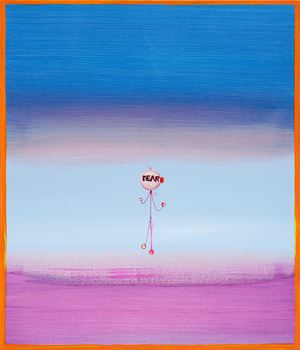 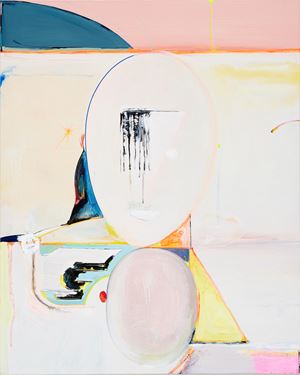 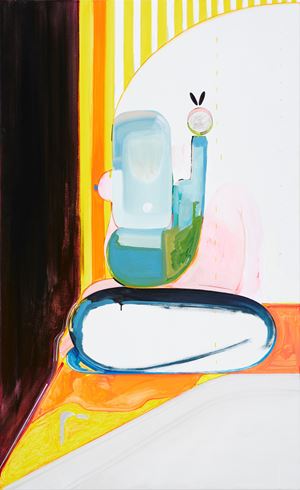 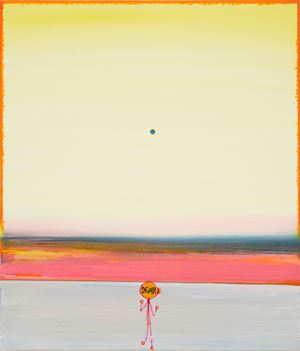 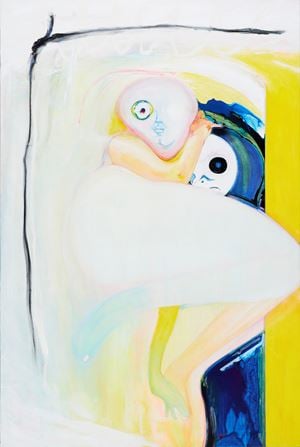 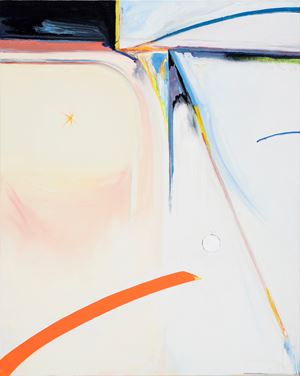 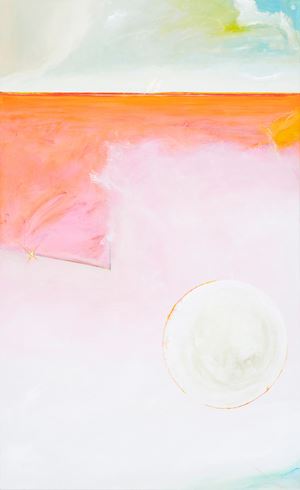 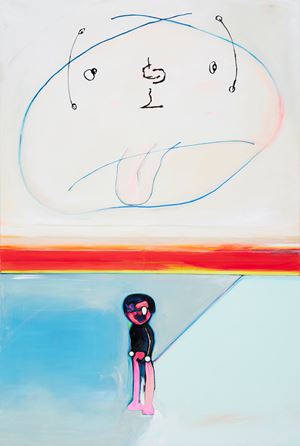 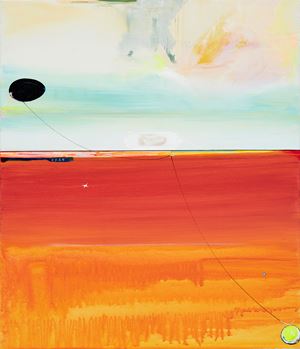 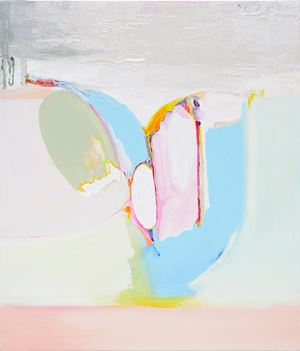 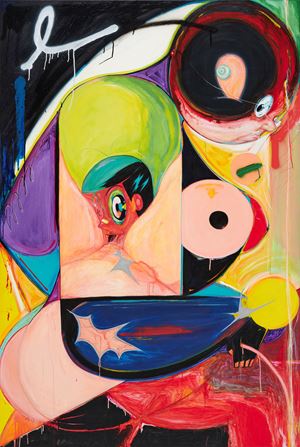 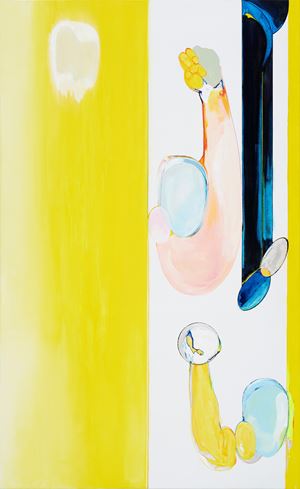 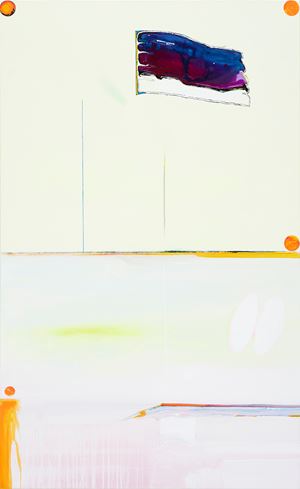 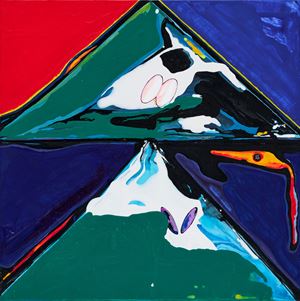 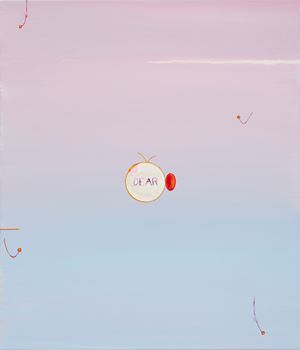 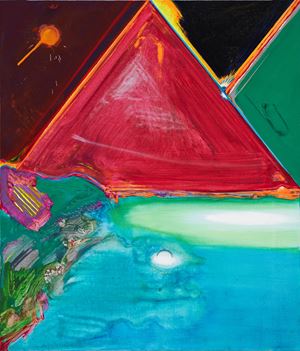 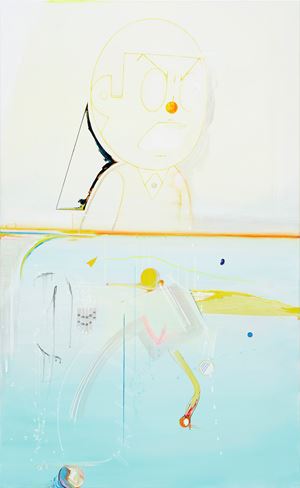 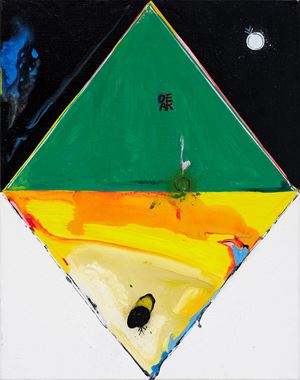 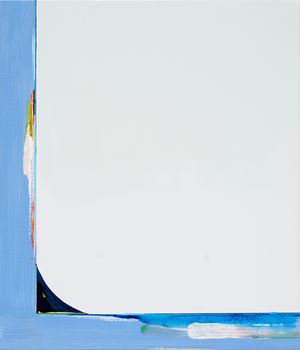 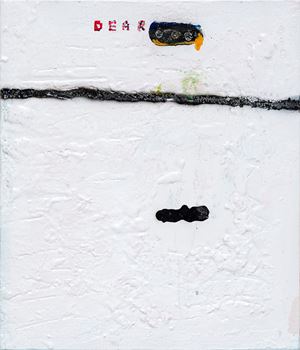 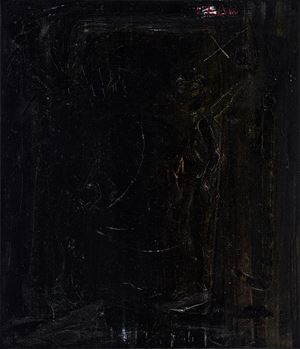 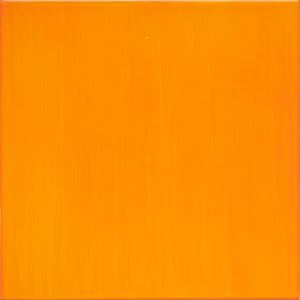 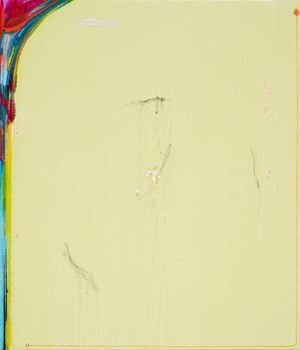 The spectator's gaze into paintings is desperately pareidolic. As recognisable figures come forth from the canvas, the spectator feels assured and appreciative of the painter's competence. Spectators with a working understanding of modern and contemporary art often harbour a question of where this pareidolia comes from, even its utterance is eschewed. What if, as the spectator's mind was ballooning with that very question, the artist approaches nearby and explains 'the painting is an expression of my inner self?' Keep calm.

Changchang Yoo likens paintings to a board of go, where the 19-by-19 grid of tiles need to be territorialised turn-by-turn. Two players plays as a black or white stone, and despite the relatively simple rules, the game is extremely complex with a vast number of moves and possible formations. The ability to see further into future moves and possible scenarios dictates victory. Yoo puts the brush to the canvas in similar fashion, anticipating subsequent possibilities and placements that will result in its wake. For the artist, tracing and conveying a distinct mood through a painting holds merit over following set rules or premeditated plans. In this solo exhibition, he expressed his hope of presenting works that convey a sense of an inconclusive game in reference to the game of go which has ended with possible, unfulfilled moves left on the grid.

Exhibition title Dear is a reference to the salutation or word of welcome that most often opens the body of the letter. Consider his solo exhibition a letter to an unspecified mass of recipients. However, the body of that letter holds images instead of text. A letter that may not be read, but only experienced as moods. Specifically, the letter conveys moods of warmth, kindness, and even affection. Two people conversing face to face in whispered voices, adds a sense of secrecy.

Conversations in a shared language is a quick and effective means of expressing one's thoughts and feelings to another person. The inner person is sorted through internal dialogues and negotiations that ultimately lead to consensus and tangibility. One might say that language is what guides us to universality. It is a vehicle that drives actual shared understanding and away from dependency in individual intuition. Of course, that is not to say all our inner person may be expressed entirely by language. Certainly, there are swaths of emotions that words fail to encapsulate and convey. Anyone who has written a letter to share feelings of love, sorrow, penitence, and even gratitude will recall the hesitant pen, whiteouts, and crumpled papers. Some may have even torn the unfinished letter in complete frustration.

In fact, some inner meanings that fail satisfying elocution often find their way out as imagery. Such imagery are expressions of the inner negative space, freed from a fate of indefinite valence. French poet Alfred De Musset pointed to those hidden recesses and secret compartments as 'It is an entire world that each one carries within him, an unknown world that is born and dies in silence!' When fomented, the perilous frailty of image in its ambiguity and subjective opacity may save the world from suffocating in silence, even if for a while. Yoo's paintings are projected outward from his inner world to reject the isolation of its his inner self, presented in form and colour to strike a sense of parity with the outer world. His deep appreciation for human existence, cherishing of its condition and possibilities is rooted in humanism.

'I want the canvas to capture something gorgeous' mutters Yoo before adding, 'I hope people gaze upon it and find beauty.' The utterance could not be more subjective and emotive. Beauty comes from within, and by its nature, external, social consensus is unattainable. Yet here he is muttering hopes in earnest. His hope might not find every audience or agreeance, yet it strikes a deep chord somewhere in our hearts. The words resonate and remind us of our own inner person.

Sign up to be among the first to know when new exhibitions by ChangChang Yoo or at GALLERY2 open.