Anna Berezovskaya was born in the town of Yakhroma in Russia and became a student of Abramtsevsky Art and Industrial College in 2001. Despite her young age, Anna has already achieved national and international recognition.

Her works are one of a kind and easily recognizable by her unique style & technical mastery. Through her signature style, which she refers to as poetic realism, Berezovksya brings together techniques unique to realism, abstraction and surrealism. Her use of universal themes, inspired by the artist's own life and imagination, transcend time and space, resonating with viewers' own emotions and the values we hold close. While each of her work is a separate and distinctive piece, the common thread that binds them is the strong emotions and feelings that Berezovskaya has imbued in each one. ​

She uses symbolism to create timeless works on canvas and paper, carefully selecting subjects that transcend time and space to convey her ideas and emotions. In doing so, she is inspired by Russian culture and literature. For example, locks and keys feature prominently in her works, representing mysteries to be unlocked and discoveries to be made. The recurrence of safety pins in her work hark back to an old Russian superstition which claims that wearing an old safety pin will ward off evil. Snails also feature prominently as the spiral on the shell of a snail is a symbol of life. Bringing these symbols together, Berezovskaya depicts a world of her own, full of its own meaning and stories.

Her artworks are highly sought after by serious art collectors and investors in Russia, US, France, Netherlands, Hong Kong and Singapore. Anna currently lives and works in Moscow, Russia. 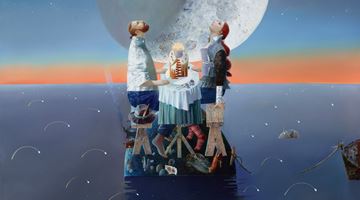 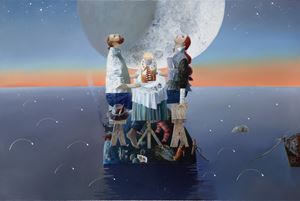 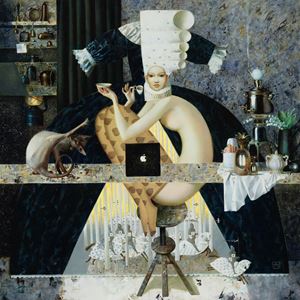 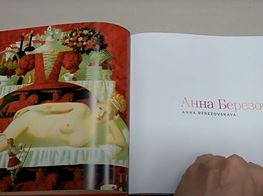