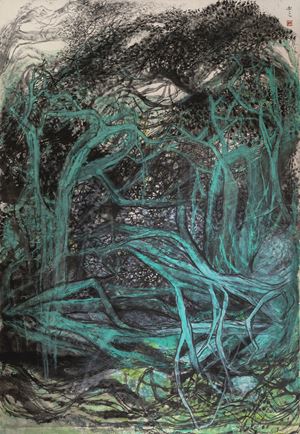 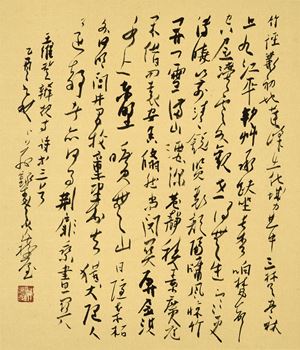 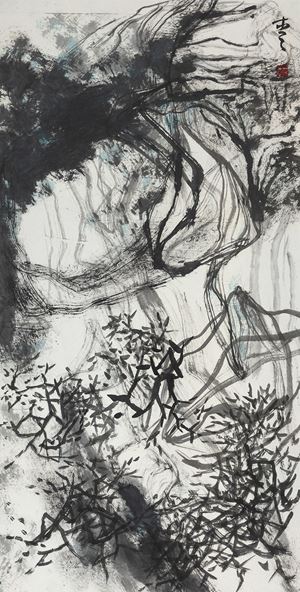 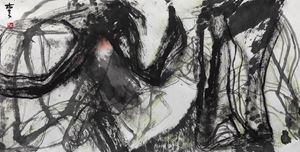 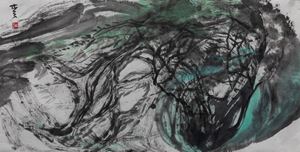 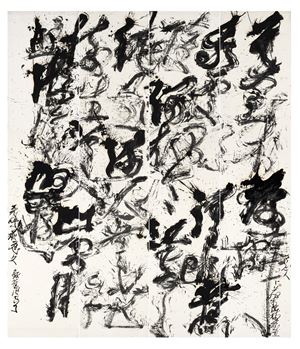 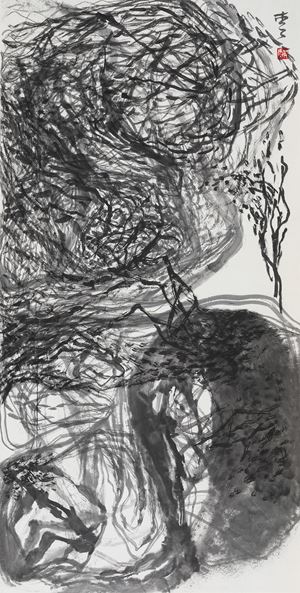 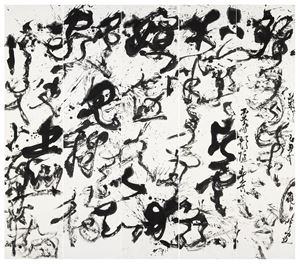 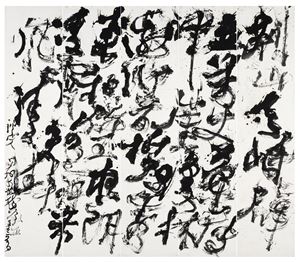 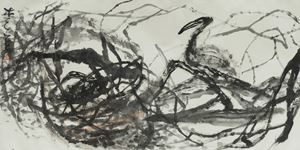 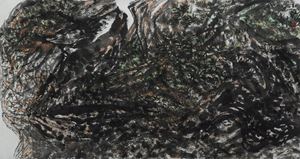 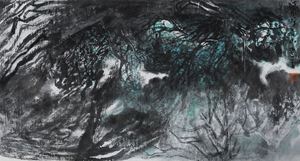 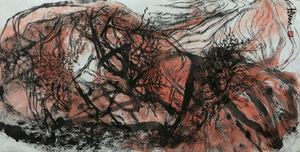 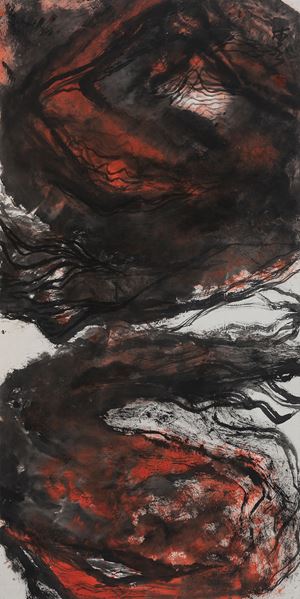 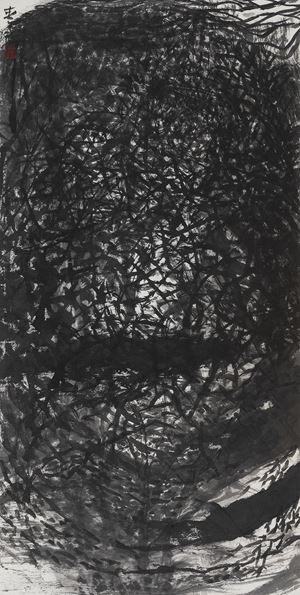 'If the heavens are not vast enough, then let the paper be my heaven and with the ferocity of my wild nature I will wield the vital energy of qi to extend my painting beyond heaven's borders, into the great vastness. I applaud myself, because of my deep fondness for brush-and-ink, because my feelings and intentions are embodied in brush-and-ink, so that the sun and the moon hang on either side of my dwelling formed of brush-and-ink. High in the vastness of the sky the sun and moon illuminate a swathe of brush-and-ink, as lines and dots resolve into a great forest, quiescent with tall mountains and vast waters, digesting the atmospheric energy, while the mist and clouds ascend.'

Born in 1941 in Hubei Province, China, Shen Aiqi has been engaged in the exploration of the painting process since his youth, and in the late 1950s was already a dedicated student of great Hubei master Xu Song'an. As the decades passed by, he immersed himself in the study of the 'Six Canons' of Chinese painting, creating a unique body of work grounded on the training he received under his master's tutelage, yet very uniquely his own. For many years, Shen Aiqi rarely showed his paintings to others: it was only after he celebrated his 70th birthday that he chose to share his work with the world in a solo exhibition at the Hubei Museum of Art. This exhibition caused a sensation in art circles and beyond.

Shen Aiqi's painting is majestic and vibrant, radiating a unique sense of life-force that is tangible to all who come into contact with it. Within his works are contained organic patterns of nature and energy. This is the kind of grandeur that can only arise when the artist merges with sky and earth, mountains and rivers, fusing his life-force with that of nature. For Shen Aiqi, the process of merging with nature and then expressing this oneness through his art is one of the greatest joys of painting.

'The cursive style of Chinese calligraphy is a language of line in a dynamic relationship between symmetry and asymmetry. Following a trajectory that now merges, now departs from abstraction, BuZi's art expounds the spiritual language of image. The highest level of calligraphy is achieved through the complete consonance of hand and heart, where intention flows into writing and writing flows into intention. Through his calligraphic art BuZi constructs a kind of personal totem that is distinctively contemporary.'

BuZi, (a.k.a. Putze, real name Chen Tsung-Chen), was born in Tainan, Taiwan in 1959. Influenced by his father, BuZi began practicing calligraphy in his childhood. In his lifetime he was an active member of the Danlu and Hongdaomenqiang calligraphy societies in Taiwan. Early in his career BuZi established an exhibitions team at the National Museum of History in Taipei, giving him the opportunity to gain a deeper insight into traditional culture. BuZi passed away in 2013.

BuZi practiced many different forms of calligraphy, but it was his cursive script calligraphy (caoshu) that drew the greatest accolades. When writing in his 'wild cursive' style (kuangcao) he used the 'eight surfaces of the brush' (bamianchufeng) method, with his brushtip hitting the paper with such force that it produced a startling sound as it sped across the surface, twisting and turning like a whirlwind. The strong improvisational quality of his calligraphy evinces a confidence and ease that is mesmerizing. BuZi said that 'The heart is the final destination of the path of calligraphy. It is only when technique is unfettered and the hand and the heart are united that calligraphy can attain its fullest expression. It is only when the wisdom gained from life experience becomes the flame that fuels technique, that calligraphy can become truly autonomous, untrammeled and free.'

Sign up to be among the first to know when new exhibitions by Chen Tsung Chen BuZi, Shen Aiqi or at Hanart TZ Gallery open.