Though today best known for her stunning Photo Realist paintings, Audrey Flack first came to artistic maturity among the vibrant downtown scene of Abstract Expressionism. Flack was a regular at the 8th Street Club and at the legendary Cedar Tavern, where she was immersed in the cultural and social atmosphere of the period and developed ties with such art world luminaries as Willem de Kooning, Jackson Pollock, and Franz Kline. Through Abstract Expressionism Flack found her artistic identity and ultimately created highly original work that was ordered yet gestural and captured the core sensibility of the age.

Born in 1931 in Brooklyn, New York, Audrey Flack received degrees in art from the Cooper Union in 1951 and from Yale University in 1952. The energetic abstract works executed during this period push the boundaries of the flattened picture plane and speak to her immersion in the Abstract Expressionist milieu in New York at midcentury. The deconstructing and restructuring of the object, the all-over composition, and the intense compositional energy that infused her Abstract Expressionist works would also remain essential to her practice throughout her career.

Linear form becomes rhythmic composition in these early works, accented by tonal variations in color. Organic line breaks through the cubist foundation that underpins many of the compositions, which also display the careful color harmonies that Flack would have mastered during her time at Yale under the tutelage of Josef Albers, perhaps the 20th century's most masterful colorist and one of its most stringent teachers.

Flack's art is intensely personal, and the artist expresses herself through her work across all styles and media. "Artists always paint who they are. [...] My works contain within them all my feelings. Whether they are abstract or representational, whether the feelings are expressed intentionally or subconsciously, they come out. In still life paintings, portraits, narratives, hidden or overt, they are there to be seen and felt." (1) In this Flack echoes one of the central tenants of Harold Rosenberg's theory of action painting, in which the canvas is an arena where the artist enacts his or her own psychic drama.

The personal becomes more overt in a series of expressionist portraits completed in the 1950s. Flack turned her artistic eye on both herself and her family, creating a compelling group of portraits and self-portraits that offer a glimpse into the personal psychology of the artist. In the 1970s Flack began painting still lifes and images from news media in a hyper-realistic style, and would become a pioneering photorealist painter. Her decadent compositions of Baroque excess fill the visual field with photorealistic depictions of modern still life elements, alluding to her sustained interest in the work of Tintoretto, Rembrandt, Reubens, and other Old Masters. These works were championed by influential critic Lawrence Alloway, who credited Flack with the reinvention of the still life. In this work, she takes a lesson from her Abstract Expressionist past and"de-centers the composition from a single aggregate of forms into an all-over spatial field" in which the parts are subordinate to the whole. (2)

Flack has focused almost exclusively on sculpture since 1983. Her sculptural work has roots in the sculpted figures of the Greco-Roman, Renaissance, and Baroque periods. Her subjects are often powerful female figures, and through this work Flack explores the sources and variations of female essence and power, from goddesses such as Islandia and American Athena or queens such as Queen Catherine, for whom the New York borough of Queens is named. She had completed numerous public commissions, and her work can be found in the collections of the Albright-Knox Art Gallery, Buffalo; the Allen Memorial Art Museum, Oberlin College; the Dallas Museum of Art; the Los Angeles County Museum of Art; the Metropolitan Museum of Art, New York; the Museum of Modern Art, New York; the National Museum of American Art, Washington, D.C.; and the Whitney Museum of American Art, New York; among many others. She lives and works in New York City and East Hampton. 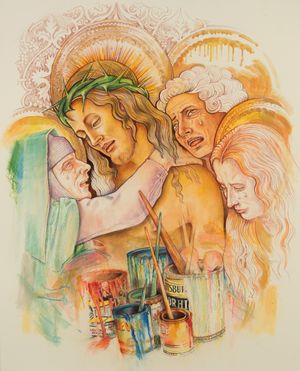 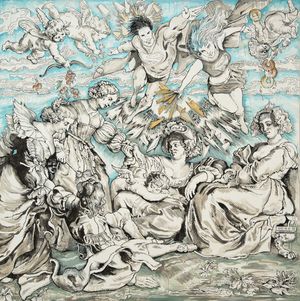 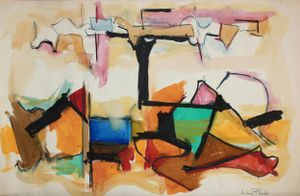 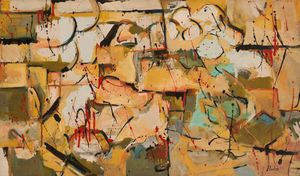