Less explicit, however, is the artist's message. Does this sculpture critique the incursion of American-style commercialism? Does it celebrate the easy populism of consumer culture? Lihong's background suggests that his work embraces both readings. Born in 1974, he came of age in the 1980s, when China was increasingly opening its doors to the West; McDonald's launched its first Chinese restaurant in 1990. The artist was raised with an understanding of the tensions between old and new, and a balance of these influences is at the heart of his current work.

Born in Jiangxi province, he studied art in Beijing and earned a MFA in ceramics in Jingdezhen, the historic home of China's porcelain production. He has shown his work regularly in China and other Asian countries in both ceramics exhibitions and at the biennials in Beinjing and Shanghai. His work is held at the Guandong and Shanghai Art Museums. In 2008, the Victoria and Albert Museum purchased his arch piece, McDonald #1. 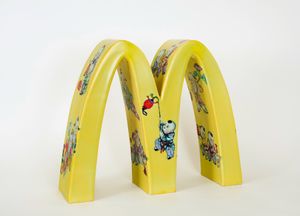 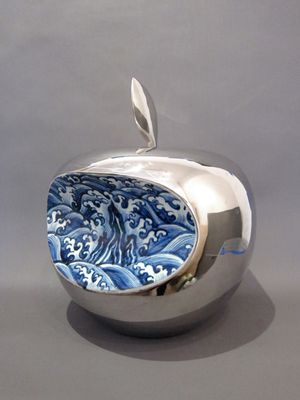