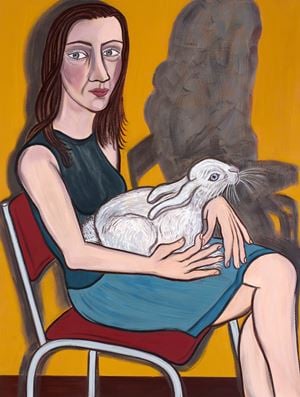 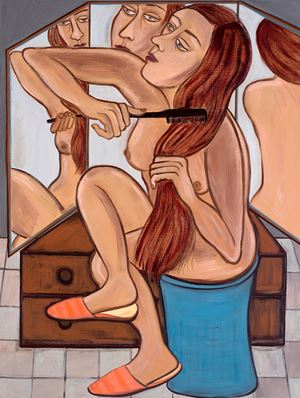 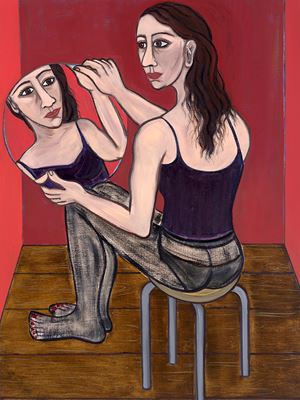 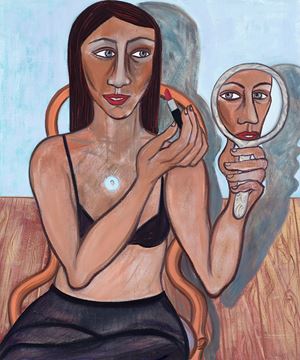 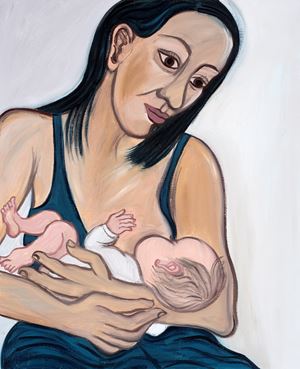 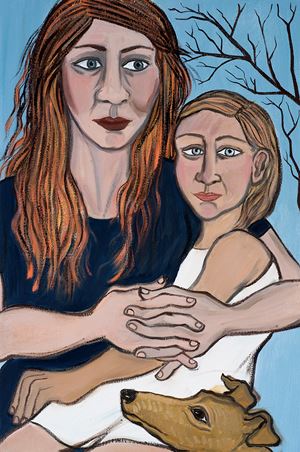 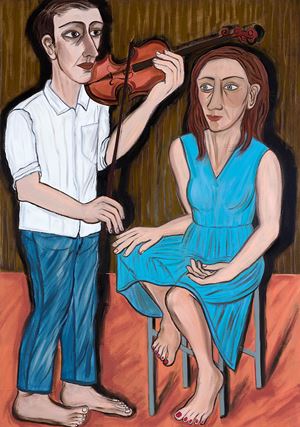 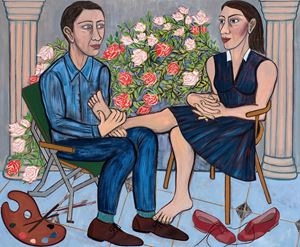 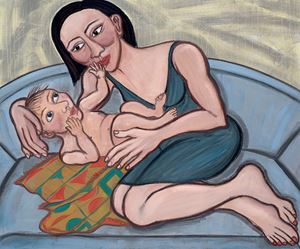 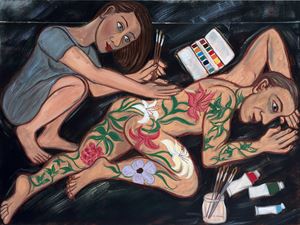 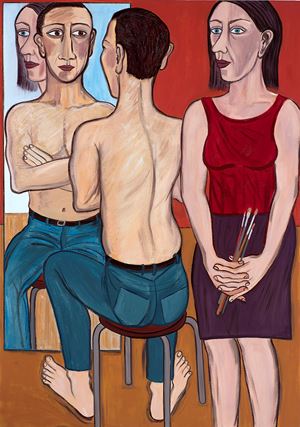 Huxley-Parlour Gallery are delighted to be exhibiting a group of 15 new paintings by Eileen Cooper RA that fuse objective drawing from life, a new part of her practice, with the instantly recognisable, passionate and imaginative works for which she is best-known.

Entitled Personal Space, the focus of the exhibition is on the female figure in nurturing and intimate spaces, explored with confidence, sensitivity and awareness. Through these images, Cooper revisits and expands on themes that she has explored throughout her forty-year career, those of universal female experience, primarily fertility, sexuality and motherhood. In this latest body of work, Cooper has also incorporated images celebrating friendship, sisterhood and sense of self. Many of the images show female figures in private spaces, engaged in intimate and sometimes simple acts, including brushing or washing hair or applying makeup. Cooper’s protagonists are confident, gazing stridently out at the viewer or at their own figures in the many mirrors that populate this body of work.

Although not strictly representational, this latest body of work comes after an intensive year of drawing from life, a marked change in the artist’s process, after a lifetime of working directly from imagination. Cooper has skilfully blended this new part of her practise with her characteristic use of graphic, decisive line, flattened space and bold colour palette.The resulting imagery explores the powerful tension created between the universal and the particular, and of the real and the imagined.

Eileen Cooper RA (born 1953), studied at Goldsmiths College of Art from 1971 until 1974, before completing an MA in painting at the Royal College of Art in 1977. She has held teaching posts at St Martins School of Art and the Royal Academy Schools. Cooper became a Royal Academician in 2001 and served as Keeper of the Royal Academy between 2010 and 2017. She has had numerous national and international exhibitions, including solo exhibitions at the Royal Academy of Arts and Dulwich Picture Gallery, London. Her work is held in many important public collections including The Arts Council of Great Britain, the Victoria and Albert Museum and The British Museum, London.

Sign up to be among the first to know when new exhibitions by Eileen Cooper or at Huxley-Parlour open.