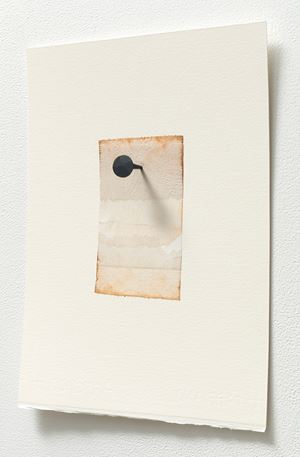 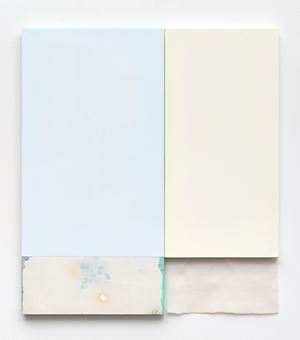 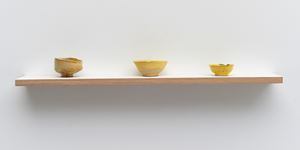 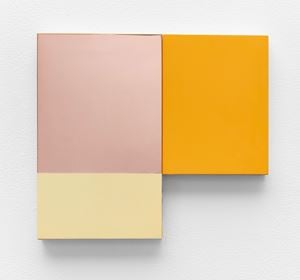 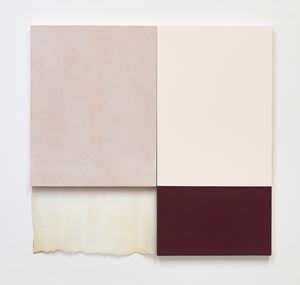 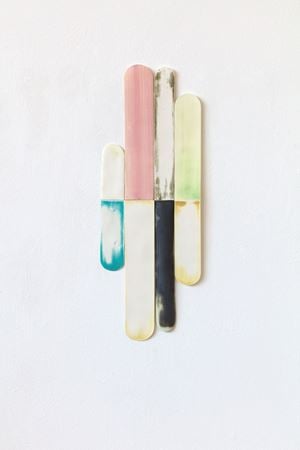 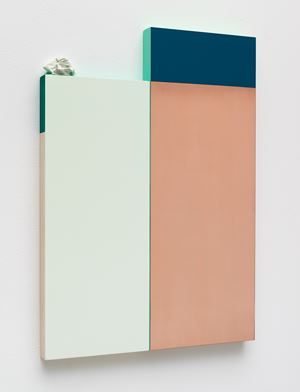 A little patch of yellow wall ... like some priceless specimen of Chinese art, of a beauty that was sufficient in itself.' Marcel Proust.

Jane Lombard Gallery is pleased to present The Colour of Words, our first solo exhibition with Jane Bustin, following a successful two-person show in 2017. The London-based artist is recognized for her intimate and minimalist constructions. Bustin's earthen neutral works are made by applying natural pigment to porcelain, fabric, or wood. She cultivates a poetic dialogue between the disparate materials. The exhibition includes paintings, film, and porcelain objects.

Jane Bustin was the recipient of a residency award at the Mark Rothko Centre, in Latvia, during the summer of 2019. In the former 1833 Fortress just outside of the city of Daugavpils, Bustin describes a richness of "histories, secrets, and buried memories within its walls" where she made her studio. Situated in a brooding outbuilding that once housed a dining hall for Napoleonic soldiers, a prisoner of war camp, a post-war aviation engineering school and underground raves in the 1980s. The strangeness and beauty of Bustin's surroundings compelled an intensive study of her quarters. She suggests the space itself entranced her and directed her practice in those weeks and beyond.

The artist transmutes crumbling walls, sun bleached paint, and a gentle breeze in this new series, which begets a reflection on a structural and emotional absorption of time. A particularly striking remembrance of color is displayed in the works, she recounts the intensity of these shades in her encounters and grounds us in her experience through a sensory rich description of each one.

An exhibition highlight, Bergotte's Yellow, is a work in response to Marcel Proust's well-known passage from his epic novel, In Search of Lost Time. Bergotte, the fictional writer, fixates on Vermeer's View of Delft painting. The writer suddenly has a revelation that "this little patch of yellow wall" is a wondrous, magical element that lifts the ordinary into the extraordinary. Bustin's thirteen-foot painting consists of two panels, one made of anodized aluminum and the other of linen. The additional materials include hand-dyed, burnt saffron silk, a stainless steel stand, paper, and a glazed porcelain bowl. The chemical transformations echo Proust's divine alchemy, turning the everyday into the precious.

The Colour of Words

Sign up to be among the first to know when new exhibitions by Jane Bustin or at Jane Lombard Gallery open.
Sign Up