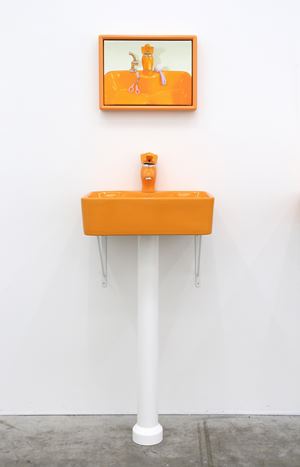 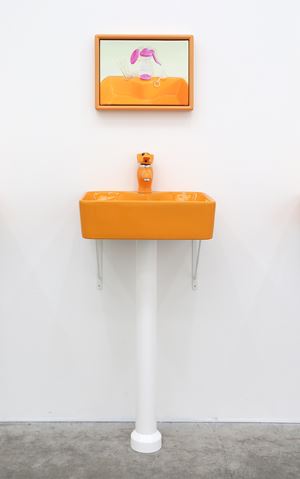 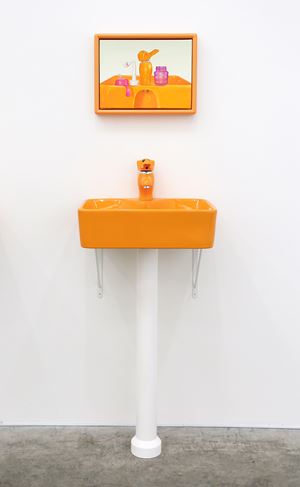 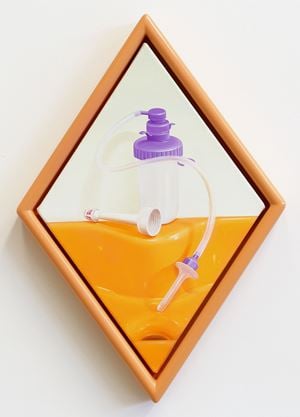 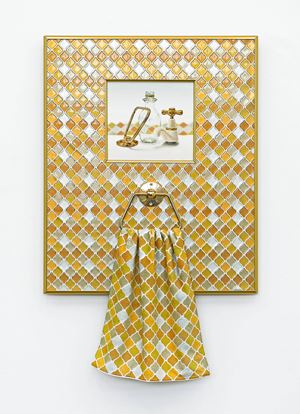 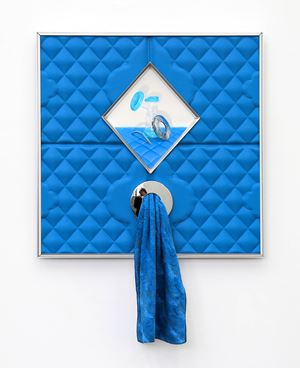 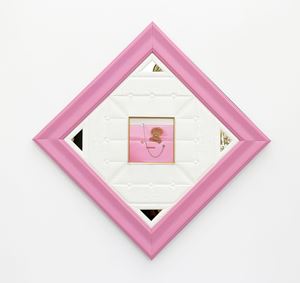 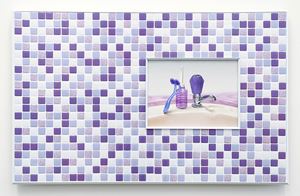 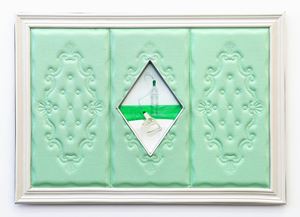 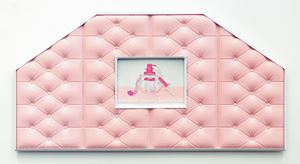 Emily Hartley-Skudder's second solo project at Jonathan Smart Gallery is called Lollygagger. Are we to gag on the lolly here, on the sweetest of still-life painting almost overwhelmed by a kitsch framing sublime (alongside the nostalgia for old fashioned confectionary suggested by titles like Ka-Bluey and Gobstopper)?

No, let's not. Let's enjoy the conflation of cosmetic, rubber, plastic and chrome. Admire the rendering of objects domestic and often feminine. And relish the artful play between the fancifully small and the overblown potential of pump-action.

What is real here is Hartley-Skudder's ability with paint, combined with her penchant for interior décor, not simply domestic but increasingly of the bathroom and bedroom. Things feel lovingly artificial and cosmetic, while the droll humour of Lilac Low-Suds and Sparkling Duet is both delightful and absolutely engaging.

The gag is deliberate and the look lolly. However, the attitude and the practice is totally and wonderfully committed. The gallery as showroom is complete - porcelain, plastic and taps. A New Look! Gentle on Hands and Everything They Wash - fresh and re-configured from the Gus Fisher Gallery's re-opening group exhibition in April, We're Not Too Big To Care, enlivens the back space. It's all about orange elephant-head bathroom-ware from China. Life is replete.

Sign up to be among the first to know when new exhibitions by Emily Hartley-Skudder or at Jonathan Smart Gallery open.