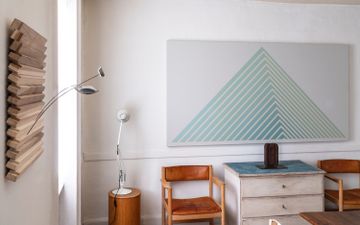 Magda Archer is a London-based artist renowned for work that combines nostalgic illustrations with raw, contemporary turns of phrase. Her new paintings effortlessly balance irony with a resonant sentimentality.

Magda Archer (b. 1964) studied at Ravensbourne College of Art, Chelsea School of Art and The Royal College of Art before cofounding the illustration duo Archer/Quinnell, which rose to critical and commercial acclaim from 1988 to 1998. Since her first solo exhibition Crazy Mad at Cornerhouse, Manchester in 2011, Archer has shown across the UK and abroad including in Peter Blake: About Collages at Tate Liverpool (2000) and her breakthrough exhibition #givemeeverythingandnothingbaby at HOME, Manchester and Chapter Arts, Cardiff (2015).

Poignant and witty rather than glib, Archer's work carries a universal relatability that feels particularly relevant to the current moment. It is this quality that makes her poster works for the Flying Leaps project immediately recognizable landmarks in the urban landscape of London. On a global scale, Archer collaborates with major fashion designers, including her most recent and ongoing project Magda Archer x The Marc Jacobs and previous work with Commes des Garçons and Jenny Packham. 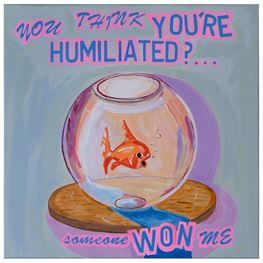