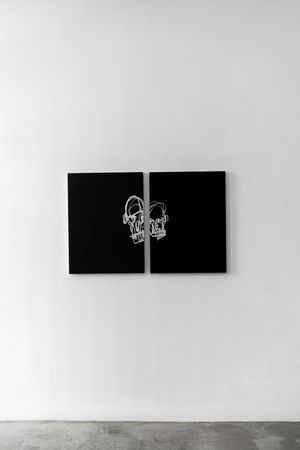 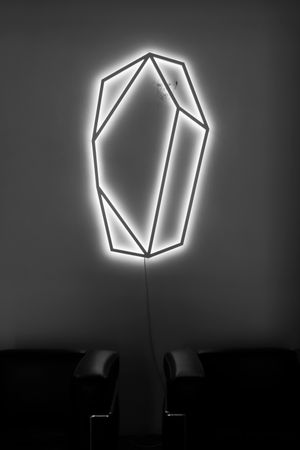 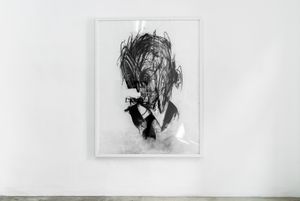 The last words of Goethe were not Mehr Licht! (More light!) but Mehr Nicht! (No more!). The story could, under the cover of fiction, be the following:

Kräuter, the character in Thomas Bernhard's fable Goethe schtirbt (not Goethe stirbt, as would be correct) argues that Goethe slept with a copy of Wittgenstein's Tractatus Logico-Philosophicus under his pillow. In the last years of his life, Goeth–German poet–became so obsessed with Wittgenstein–Austrian thinker–that he sent for him to embrace him during the last throes of his life.

That was the task that he entrusted to Kräuter himself: to travel from Weimar to Cambridge in the best of his coats with the mission of convincing Wittgenstein to visit him, precisely on March 22, 1832. 'I have no other wish. I want to see Wittgenstein on March 22'. And Bernhard continues to maintain, again in Kräuter's voice, that he arrived in Cambridge the day after Wittgenstein died and could only see his corpse. Upon his return, the erroneous messenger has to report to his teacher the impossibility of the meeting, but in his moral misery he decides to cover the bad news with that blanket of silence typical of people in whom you can not trust. Eight days after Wittgenstein's death, and with the sole company of Kräuter himself and Riemer 'the merchant of darkness', the German master pronounces on his deathbed his last words, his most famous sentence, which was not, as everyone says, Mehr Licht!, but Mehr nicht! Kräuter and Riemer, complicit enemies, conspired to tell the world that Goethe, tied to his last breath, was asking for more light, when in reality what he said is that he was fed up.

Seven years after his last exhibition at Kewenig Palma, Bernardi Roig (1965) presents Mehr Licht!, a project infected with the symbolic remains of his previous intervention in the space of the Oratori–the 13th century (private) chapel, home of the gallery–where a waterfall composed of two hundred fluorescent lights crushed the intercourse between a faun and a goat on the altar of sacrifice and consecration.

We know that those lights were the tears of a pagan god who lost the battle. They were boiled and the resulting water vapour condensed into gigantic blocks of light that now invade the entire prayer space. The light has run aground, it has collapsed, it has finally coagulated and the white has packed the void.

In this exhibition, light has become a body with the ability to empty space, occupying it, but not filling it; it is no longer a question of filling the space, but of emptying the space and the gaze for a moment before closing the eyes so that they are filled with vertigo.

The infinite conversation with the hollowness of the place and its memory, inside that stone womb that is the Oratori, continues.

Hung high for no use, a large drawing -Smoke self-portrait, 2020–watches the collapse of those blocks of compact light like a pantocrator. It is the presence of an absence. An approach to the face, which is buried by a swarm of lines that desperately seek resemblance. Tense and violent lines in search of an identity buried by infinite layers of superimposed expressions, gestures and grimaces that are deposited, throughout life, on one face. A thick face, of a smoky carnality, surrounded by the imprecision and hesitation of the lines, and caught in its last graphite claws.

Those lines are the same lines that Giacometti relied on in 1934 looking for his face, when he scratched one of the faces of his only abstract sculpture, Il Cubo, an irregular polyhedron resulting from his fascination with Dürer's engraving Melancolía I, 1514.

In the gallery space, next to the Oratori, Bernardi Roig also presents a set of unpublished works (drawings, light structures, watercolours and photographs) that question the narcissistic insistence on drawing a self-portrait from the enigmas inherited from Giacometti and Dürer, as uninterrupted interlocutors, with the line, the head, the place and the skull. These suspended images are like a breath that catches flashes of light adhering to the surface of the representation, in an extreme degree of fragility. They could be considered as revealed images, appearances instead of presences.

Between the face of absence and the face of himself there is an attempt, both melancholic and voluptuous, to capture the experience of looking at himself in the movement of an arm that he draws.

At the end of the day one does not want more light, but more nothing.

Part of this project has been developed thanks to the collaboration of POLIVAS, S.L., Consell.

Sign up to be among the first to know when new exhibitions by Bernardí Roig or at KEWENIG open.