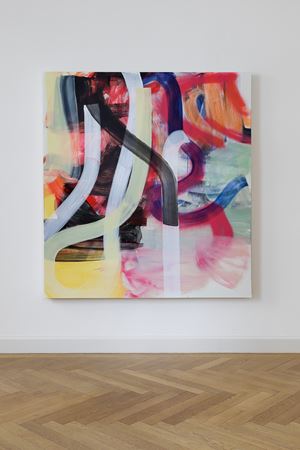 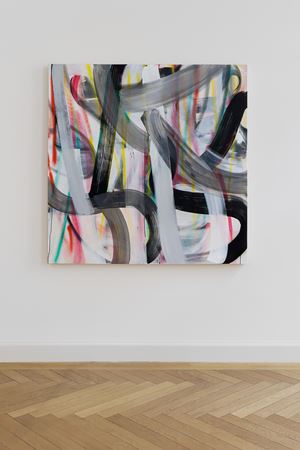 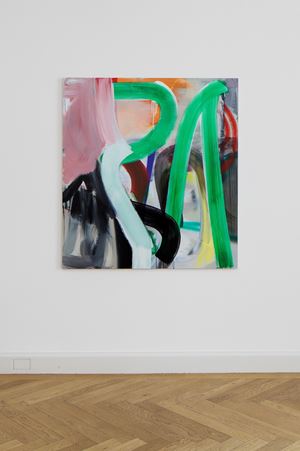 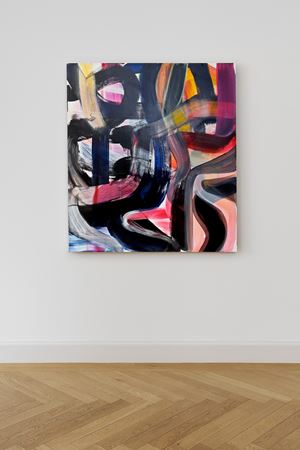 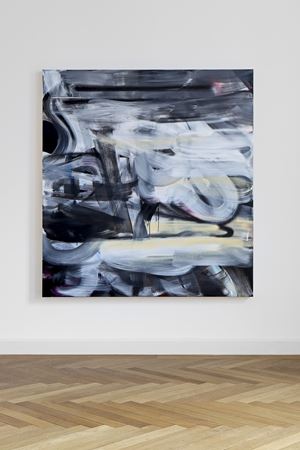 Kewenig is pleased to present Liliane Tomasko's (b. 1967, Zurich) first exhibition in the gallery's space in Berlin. 'We Sleep Where We Fall' focuses on the most recent works by the artist, who has dedicated herself to the themes of sleep, dreams and the unconscious, both on paper as well as on canvas and aluminium surfaces, for more than 20 years. Tomasko usually explores these using the motif of the abandoned, unmade bed in which rumpled sheets cast almost topographical-looking folds. The artist fills such everyday scenes with a special expressiveness and a very private moment, captured in the close-up of a Polaroid, unfolds a universal effect in her paintings:

"I want to engage the viewer to connect with a place which lies inside themselves. ... It is my desire to touch and communicate with the person who is looking at my paintings, on a deeply human and existential level." (L. Tomasko)

The material of the bedding bears the traces of this nocturnal inner life. In the abstract works in the exhibition, the folds of the sheets dissolve into interwoven lines and overlapping layers of colour. They create depth and structure in the picture and deep-seated emotions seem to materialise in them. What emerges seems like dreamscapes, like emotions, thoughts and memories captured in material. Through her unbiased, intuitive use of colour, Tomasko captures the full spectrum of the human condition and emotions. Often, as in 'The Question' (2019), different moods intertwine through complex structures or simply coexist as in 'Strident Green' (2020).

During the first Covid-19-related lockdown in the spring of 2020, Tomasko began to work on the series 'Hold on to Yourself' in her New York studio. Taken from Nick Cave & the Bad Seeds, the title of the series reflects the seriousness of this existential crisis during the rapidly spreading pandemic, in which the fragility of human existence became increasingly apparent and many people were forced to rely on themselves. At the same time, the need for simplification increased. In the mainly small-format works on paper and canvas paper, the artist acts intuitively and spontaneously in oil pastels, reducing her palette almost exclusively to black. In the paintings of the series on aluminium or linen, which are also predominantly monochrome, coloured accents increasingly emerge from the background.

Often, as in the large-scale canvas work 'a secret that wasn't' from 2019, clearly defined brushstrokes stand out against blurred sections. Tomasko uncovers what is hidden in the subconscious and captures it in her paintings. In doing so, she penetrates to the essential pillars of human existence: to longings and fears, to repressed and forgotten areas of our lives that remain mostly locked away from our consciousness and yet exert a powerful influence on us:

"Sleep to most is no more than a necessity. However, maybe during those hours spent in this almost unconscious state, something is illuminated that cannot be seen in the brightness of the day." (L. Tomasko)

As if in a surreal dream, a pile of clothes and other textiles seems to have developed a life of its own in Tomasko's video work 'Domestic Hymn' from 2015. The constantly moving fabrics first pile up and then gradually disappear again as if by magic. The video builds a bridge to Tomasko's earlier motifs, to figurative depictions of stacked clothes and sheets, but also to the paintings 'Hymn (January)' and 'Dirty Linen' from 2019, whose more horizontally aligned structures are reminiscent of piles of laundry.

A new book on Tomasko's work with essays by Kirsten Voigt, Raphy Sarkissian and Kelly Grovier will be published in early April. It provides a comprehensive overview of her painting of the last 20 years.

Liliane Tomasko lives and works in Tappan, New York, and in Königsdorf near Munich. Her work has been shown in institutions and museums worldwide, such as Château La Coste, France 2019; Museo MATE, Lima 2018–19; Rockland Center for the Arts, New York State 2018; Kunstwerk. Klein Collection, Eberdingen 2017; at Fundación Bancaja, Valencia 2016; at Lowe Art Museum, Miami; at Phoenix Art Museum, Phoenix; at Kunsthalle Rostock (2015); at IVAM, Valencia with a follow-up at Casall Solleric in Palma de Mallorca 2011. In 2017, Kunsthalle Krems showed Tomasko's work in the important exhibition 'Abstract Painting Now' together with Gerhard Richter, Katharina Grosse, Charline von Heyl, Christopher Wool, and others. In 2020, she was part of the annual exhibition at the Royal Hibernian Academy in Dublin. The Kunstmuseum Unser Lieben Frauen in Magdeburg will host a solo exhibition with the artist in 2021.

We Sleep Where We Fall

Sign up to be among the first to know when new exhibitions by Liliane Tomasko or at KEWENIG open.