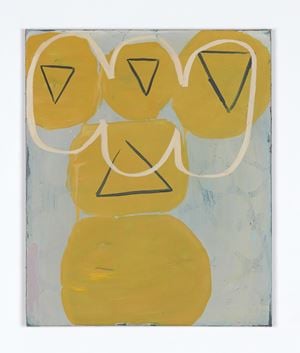 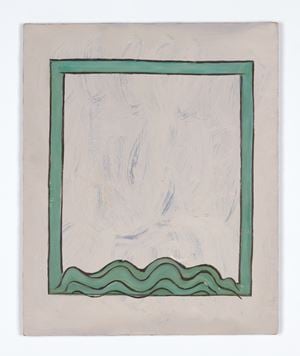 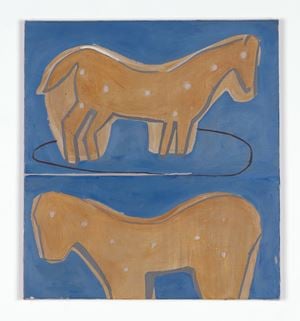 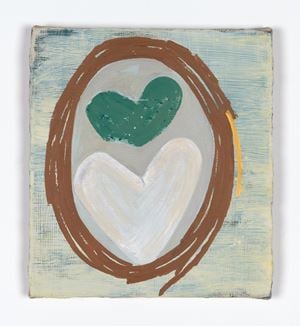 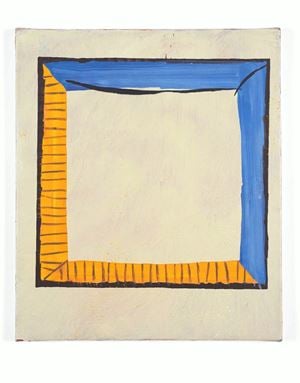 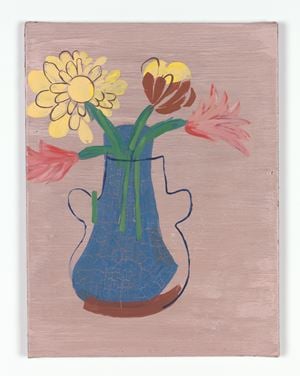 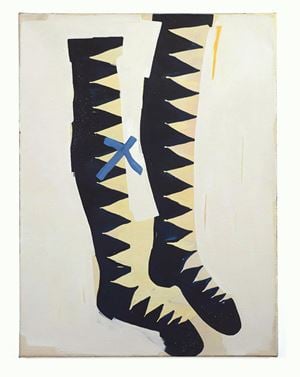 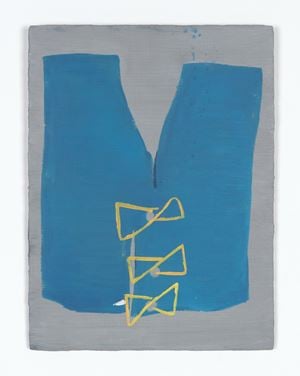 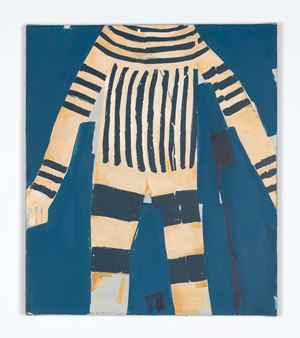 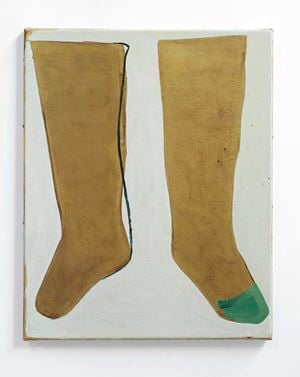 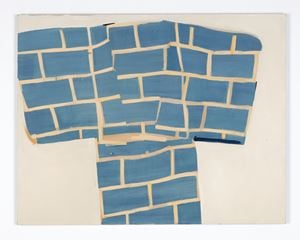 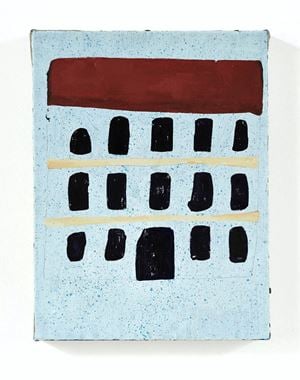 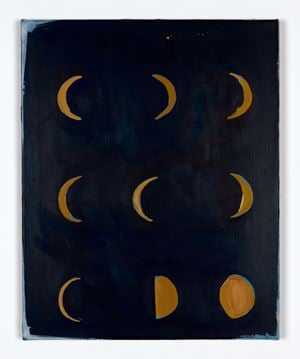 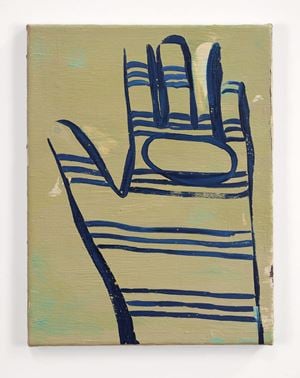 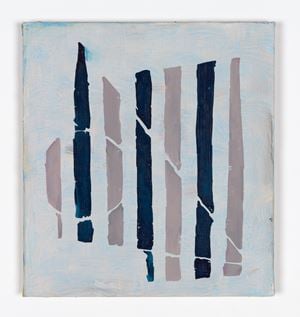 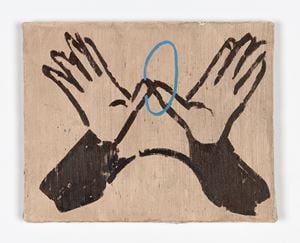 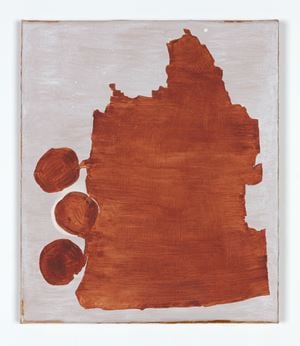 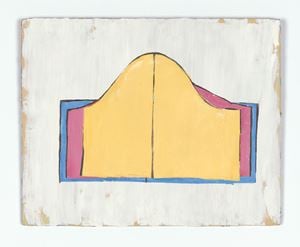 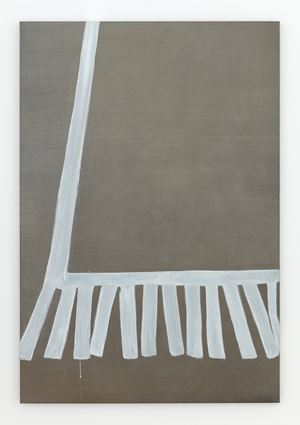 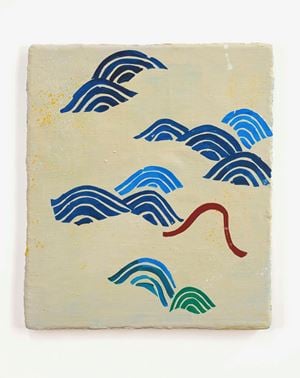 A very nice introduction to Veerle Beckers' work is a beautiful text written by David Peleman.

THROUGH THE EYE OF THE PAINTER, THE HOUSE

On The Recent Work of Veerle Beckers

"The house is a body of images that give mankind proof or illusions of stability. We are constantly reimaging its reality: to distinguish all these images would be to describe the soul of the house; it would mean developing a veritable psychology of the house." - Gaston Bachelard.¹

"A house has never been just a space to live and work in, with a cupboard or a cellar to store supplies. The house has also always been a place to store and display valuables. This display function has its own topology, ranging from the mantelpiece and the windowsill to the display case, the showcase, the show room and the cabinet of curiosities. A great deal of 'high art' now kept in museums was precisely made as a showpiece, intended to enrich living rooms and houses, and is of a domestic scale." - Bart Verschaffel.²

Just as a truly lived-in house reflects the lives of its occupants, so the painting is a mirror of reality, but a mirror that, through its composition, formal language, colours, lustre and craquelure, rearranges reality and enters into dialogue with it. Veerle Beckers' paintings reflect, in a codified way, the house in which they were created and, by extension, its inner world. The working title of the recent series of paintings is thus, not uncoincidentally, 'oil and cat hair on canvas', as an allusion to the life surrounded by three cats that gives rise to the paintings. This text investigates Veerle Beckers' house and its inextricable link to her work.

In Poétique de l'espace [The Poetics of Space], from which the above quote is taken, Gaston Bachelard describes the house as a place characterised by verticality, by a distinction between 'upstairs' and 'downstairs' that is of a psychological nature and makes the house unique. For Bachelard – who references the work of Carl Gustav Jung – the roof and the attic are the places in the house where rationality and consciousness predominate, while the cellar is considered an environment for irrationality and the subconscious. The house is a corpus, with lucid thoughts in the head and a dark soul hidden deep within the body: "Vers le toit les pensées sont claires" [Towards the roof the thoughts are clear]. The cellar, on the other hand, "est l'être obscur de la maison" [is the dark entity of the house].³

In Veerle Beckers' house, the studio – her workplace – is situated in the attic. It is a room full of books, paint tubes and canvases, where both light and thoughts are clear, and which overlooks the tops of the old trees in the surrounding backyards. The kitchen, that ancient centre of domestic life, is situated in the converted cellar. Through the window, one can see the feet of passers-by in the street, while yet another affords a view of a small, shade-filled city garden to the rear of the house, enclosed by metre-high, dilapidated brick walls. Moving back and forth between cellar and attic, between kitchen and studio, the life of the painter unfolds during the day, with the two intermediate floors of the house of little importance. In this environment, going to 'work' is not an activity that requires one to leave the house at 8 a.m. and spend all day in front of a canvas at a studio elsewhere in the city. The house and the work are one. 'Working' equates to a continuous movement between the attic and the cellar, up and down, struggling with reason, struggling with emotion. This back-and-forth movement between the cellar and the attic is not abrupt and, in the mediation between stomach and head, architecture plays an important role. In the stairwell between the kitchen and studio, a world of images unfolds along the old, steep, wooden spiral staircase. A visual universe that meditates on the swings between rationality and irrationality and – as Bachelard indicates in the above quote – stabilises life. Veerle Beckers' work is unimaginable without this staircase. Like a four-storey display cabinet, it is a repository for memories, pictures discovered by chance, precious thoughts that cannot be abandoned, her own works and painterly references, all of which are presented as treasures. Not to show them to anyone, but simply to keep them close at hand because of their value and inherent beauty, because they provide a handhold and stability. Veerle Beckers' paintings are – whether consciously or unconsciously – conceived through this space and must be read within the context of this place. As small or medium-format showpieces that are intended to adorn this display cabinet, this is where they belong. Showpieces that – through the interplay of glossy and matt surfaces, texture, motifs and figures – are like tiny lights that illuminate different parts or corners of the house. It is also the place where the works are 'tested' by temporarily hanging them to see if they ground themselves in the world of the painter. It is in this 'intermediate' area, between the cellar and the attic, that complex considerations are entered into about whether a work is finished, requires further adjustments or even a new beginning.

Precisely because Veerle Beckers' work is rooted in the house and the indivisible life within, it doesn't need great stories about world-shattering historical events or mankind's pitiable state of alienation. In a simple but utterly clear and direct way, her work is about painting itself and how a painter appropriates a place in the world with pigment and canvas. A process in which the house occupies a key position. In other words, it is about painting as a metier that develops from life itself, between kitchen and studio, and that does not simply spring from a preconceived image or the pursuit of formalistic aspirations. Just like life itself, painting is an experiment. It is an investigation into the handling of paint, turpentine, brush and canvas, without a formula, and slowly but surely building upon a wealth of experiences via the act of painting. These experiences form an almost invisible watermark that runs through the majority of Beckers' paintings and thus unites them into an oeuvre: as an exercise in lustre, a study of matt finishes, a composition with premature craquelures, an experiment in creating texture through the application of diagonal films of paint, a game of adding and subtracting layers of pigments, a quest for how sanding a canvas can create a patina. Successively trained as a painter in the studios of an art school, as a house painter, as a painter of frescoes, as a painter specialising in the rendering of imitation wood and marble, the artist's biography returns in a systematic but non-determinant way in various canvases. This depth of experience and mastery of multiple techniques is all part of Veerle Beckers' work. Not because of the impossibility of choosing between one technique or the other, but because allowing different influences and traditions to converge is also a choice. A choice that not only prevents Veerle Beckers' work from being categorised as simply the product of an art – in the sense of one particular expertise – but also allows her to initially present herself as a 'painter' rather than an 'artist'. Growing up as a child in a house with work by Lucio Fontana in the entrance hall, Bram Bogart in the living room, Henri de Braekeleer in the kitchen and Roger Raveel in the toilet, was (or perhaps is) less obvious than it seems.

The forms that Veerle Beckers constructs in her paintings using different traditions and techniques are often drawn from everyday life, in the sense that they appear familiar or recognisable to us: a corner of a rug, flags, the leaves of a plant, a basket, an envelope, a kite, wooden sticks. These images are held up to the light in a variety of ways – from above (the consciousness of the attic) and from below (the subconscious of the cellar) – and they arrive on the canvas in an abstracted manner through the medium of paint. They are given a new colour, texture or gloss, through which they distance themselves from reality without relinquishing it completely.

Just as Constantine's Dream by Piero Della Francesca can be read as a figurative work depicting the legend of the bearded emperor in his tent, so fragments from that fresco can also be read as fully-fledged abstract scenes, as exercises in form, colour and static composition. In a similar way, Veerle Beckers' paintings are abstract scenes from a larger story, and that story hangs in her stairwell, between the kitchen and the studio, and explores the boundary between the deepest stirrings of the soul and the precision of a mastered metier. As paintings, Veerle Beckers' works are conceived on the domestic scale, and they are only reluctantly detached from their surroundings. They are located on the threshold between the house and the outside world, somewhat hesitant, which is exactly where they belong. And it is precisely because of this reticence that the paintings display an intensely fragile beauty.

Sign up to be among the first to know when new exhibitions by Veerle Beckers or at Kristof De Clercq gallery open.
Sign UpLogin