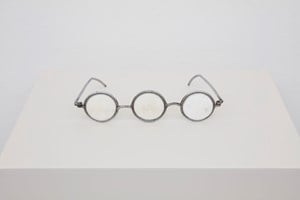 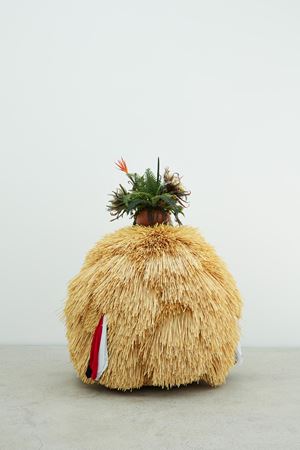 Kukje Gallery is pleased to announce its participation in the 45th edition of FIAC (Foire internationale d'art contemporain). FIAC will take place at the iconic Grand Palais in Paris from October 18 through October 21, 2018. Considered one of the most important art fairs along with Art Basel and Frieze, FIAC welcomes more than 75,000 visitors each year. This year, a total of 192 major galleries from 27 countries will participate, further highlighting FIAC as an international fair at the forefront of the global art market. The Lafayette Sector, a curated initiative launched just last year, will provide an opportunity to focus on emerging galleries and examine various dimensions of today's contemporary art.

Kukje Gallery will highlight works by Dansaekhwa artists such as Park Seo-Bo's early Ecriture (描法) No. 235-85 (1985) from his signature Ecriture series and Ha Chong-Hyun's recent work Conjunction 17-26 (2017), from his Conjunction series which features smoldered oil paint embedded in hemp cloth. The booth will also display works by subsequent generations of Korean artists including Eco Anarchism Project 1 (2017-2018) by Kim Yong-Ik, who has maintained a politically independent stance amidst Korea's dominant artistic movements by using the mediums of drawing and painting and Kibong Rhee's Conditions of meaning (2014), a dreamlike representation of natural elements such as water, fog, and trees. Also on view will be Haegue Yang's The Intermediate - Ikebana Dragon Ball (2016) made from woven artificial straw; Kyungah Ham's Persuasive Mr. K's Crude Humor, Detail From SMS Series 01 (2017-2018), a meticulously hand-embroidered painting from the artist's SMS Series created in collaboration with North Korean artisans; and the French artist Jean-Michel Othoniel's glass work Collier Or Blanc (2017).

In addition to the gallery's booth, Ahn Kyuchul and Haegue Yang will present work for FIAC Projects at the Petit Palais, located directly across the street from the Grand Palais. Directed by the Swiss guest curator Marc-Olivier Wahler, FIAC Projects will present sculptures and site-specific installations by internationally acclaimed artists from all over the world.

Using everyday objects and language as primary mediums in his practice, Ahn Kyuchul explores both the certainties and paradoxes of the universe with wit and pathos. For FIAC Projects, Ahn will present Two Bicycles (2014), Principle of Equality II (2017), and The Glasses (1992/2018), each a sculpture that illustrates how familiar items can be endowed with new significance through minimal alteration, intervention, transposition, and displacement. Ahn is currently participating in a group exhibition titled #Art #Commons #NamJunePaik as part of the Nam June Paik Art Center's 10th anniversary.

Haegue Yang will present three works from her new sculptural series, Sol LeWitt Vehicles (2018). Sol LeWitt Vehicles combines two of Yang's ongoing series: Dress Vehicles (2011-), which invites the audience to go inside the sculpture to push and spin it around, and Sol LeWitt Upside Down (2015-), which physically and conceptually expand the iconic Minimalist Sol LeWitt's (1928-2007) work with the cube. With handles attached on the outside and wheels attached at the bottom of the Venetian blinds, Sol LeWitt Vehicles requires multiple people to coordinate movement, thereby stressing the idea of collective performativity.

Haegue Yang has opened her new solo exhibition Chronotopic Traverses at La Panacée—MoCo in Montpellier, France, on October 12, 2018. The show will remain open through January 13, 2019. In conjunction, Yang's first institutional solo exhibition in Italy Furla Series #02 Haegue Yang: Tightrope Walking and Its Wordless Shadow at La Triennale di Milano will be on view through November 4.