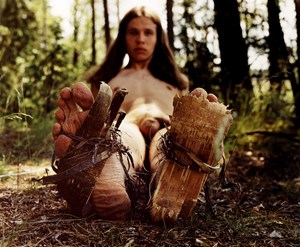 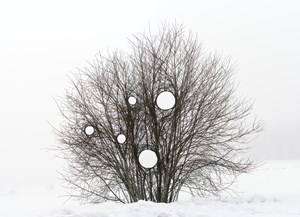 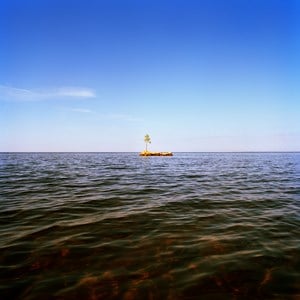 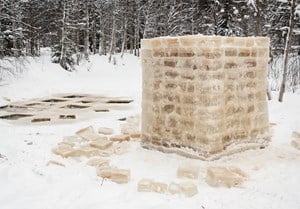 La Patinoire Royale - alerie Valérie Bach is pleased to present the first solo exhibition of Antti Laitinen at the gallery. His work has already been shown in 2016 during the exhibition Force of Nature curated by James Putnam. This exhibition has been organised by the European Space for Sculpture (Espace Européen pour la Sculpture) in association with the Embassy of Finland in Brussels in the mark of the Finnish presidency of the Council of the European Union. In parallel with this exhibition, the European Space for Sculpture invited the artist to exhibit in the Park of Tournay-Solvay from July 4 to September 29, 2019 where he will present two artworks commissioned by the association (Nail Trunk and Broken Landscape, in situ interventions) as well as two videos (Marionette and Tree Reconstruction).

Finnish artist born in 1975, Antti Laitinen creates an art of performance, in the tradition of Land Art and Body Art. With irony and absurdity, this young artist offers us a certain vision of Finnish identity. Each action is documented by photographs, videos or objects. Antti Laitinen exhibited at the Biennial of Liverpool (2010), at the 6th Vento Sul Biennale in Brazil (2011), at the 55th Biennial of Venice in 2013. His works are part of Finnish and international collections, including the Saatchi Collection in London, the Saastamoinen Foundation Collection, ArtCenter / Istanbul, HAM—Helsinki Art Museum, the Kiasma Museum of Contemporary Art, the Wäinö Aaltonen Museum / Turku Art Museum and the Zabludowicz Collection in London.

At the gallery, we will present a selection of photographs and videos referring to his performances in Finnish nature. The artist operates displacements of natural elements. In Lake shift, for example, he moves a lake with two seals—a performance during which he carried more than 16,000 liters of water for five days. In Lake Deconstruction, he saws the surface of the lake in blocks of ice, which he then uses to create a monolith. The exhibited photographs are the result of his performances revealing new forms referring sometimes to the Suprematism of a Malevich sometimes to the romanticism of a Friedrich.

The artist explores the limits of his physical endurance: in Bark Boat, he defies the natural elements by conquering the Baltic Sea on a boat he made from pine bark. Again, in Bare necessities, he experiences four days in the forest without food, water or clothing. Laitinen's work revisits the mythologies of the Nordic countries: those of epic travels at sea, those of the return of man to nature to flee civilisation.

Through his works (Three Stones is a good example), Laitinen also invites us to think about fundamental questions about how we attribute auratic power to objects once designated as works of art.

Sign up to be among the first to know when new exhibitions by Antti Laitinen or at La Patinoire Royale – galerie Valérie Bach open.