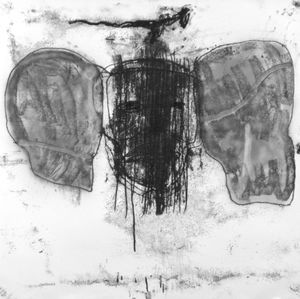 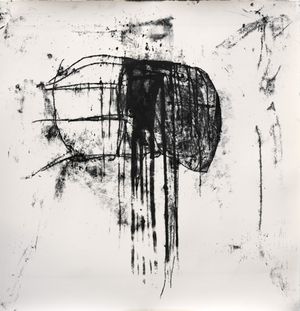 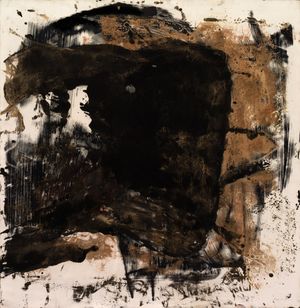 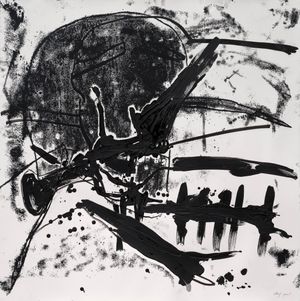 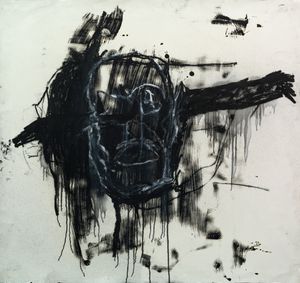 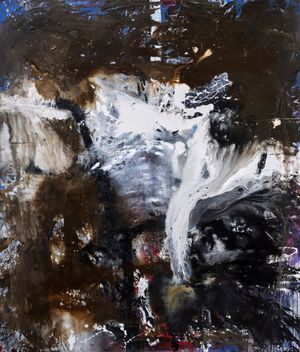 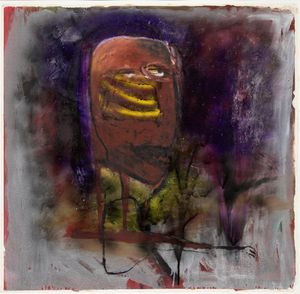 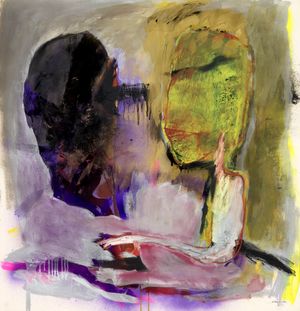 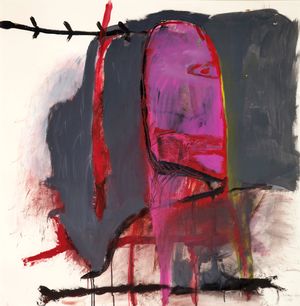 Gérard Alary became known as a painter in the late 1970s. Since then, he has had numerous exhibitions in public institutions as well as in numerous galleries. La Patinoire Royale - Galerie Valérie Bach is now devoting its third exhibition to him, not to his painting, like the previous ones, but to his graphic work which is inseparable from his work.

We discover him in his graphic work and that is why this exhibition is entitled A painter is a dessein. This play on the double meaning of words indicates that, for him, drawing and painting never cease to revive this poetic and practical purpose: to bring to light the flow, the irreducible resistance of the individual to the expectations of matter and time. If his painting projects us, in the continuous activity of the cosmos, of the telluric forces it is because his central subject, as reveal his graphics, his vibrating surfaces, is the human person. It is in front of us, standing, in small drawings, moved by animality, the elements, sexuality, stormy winds or, on the contrary, concentrated in a figure, a face, a sculptural skull, prey to death but, even more, animated by the response to this deflagration, by a "spring" that the creator goes to look for in himself... This breath allows him to sweep away the destruction at work to restore, through drawing, this face and this figure.

Art, according to Gérard Alary, comes to the rescue of consciousness so that the human face is neither objectified nor forgotten but becomes the 'beating' heart of his work. This confrontation, with what threatens him, confides Gérard Alary 'allows me, I hope, to be more conscious. I draw strength from it and I hope to give it to others. Never forgetting that we are going to die gives, paradoxically, more joy, more desire.'

Born in 1945 in Avignon, graduated from the Ecole des Beaux-Arts in Paris, Gérard Alary lives and works in Ivry-sur-Seine. He was a professor at the Ecole Nationale Supérieure of Dijon. He held his first solo exhibition in 1976 and participated in the FIAC in 1984. Since then, many museums and sites have hosted his exhibitions in France and Europe. In 2007, he presented a remarkable exhibition at the Musée de la Vieille Charité in Marseille, which attracted a great deal of attention, focusing on his mother, who was affected by Alzheimer's disease. Four monumental canvases arranged in the manner of a large open book were presented in 2012 at the Archaeological Museum of Dijon. In 2008, he exhibited at the Chapelle de la Pitié Salpétrière in Paris, in 2009 at the Musée du docteur Guislain in Ghent, Belgium, in 2012 at the Archaeological Museum of Dijon in France, in 2015, he created the 'décor' for the Théatre du chêne noir for the Festival d'Avignon, and in 2016 he entered the collections of the Villa Tamaris. Several of his works are part of the FNAC collections.

Sign up to be among the first to know when new exhibitions by Gérard Alary or at La Patinoire Royale – galerie Valérie Bach open.
Sign UpLogin