Leo Gallery has previously featured in an Ocula art fair partnership, but is not a current Ocula member gallery.

If you are from Leo Gallery and wish to apply to become an Ocula member gallery please visit: ocula.com/membership. 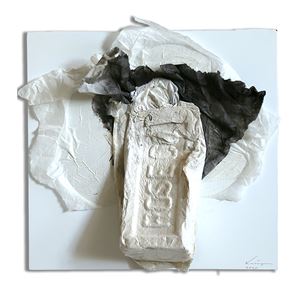 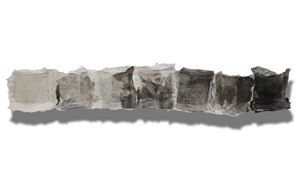 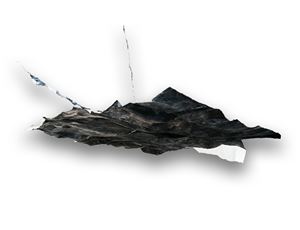 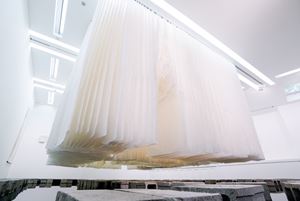 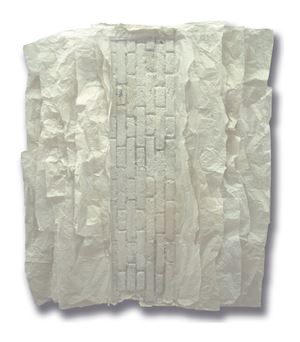 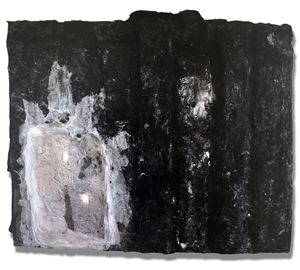 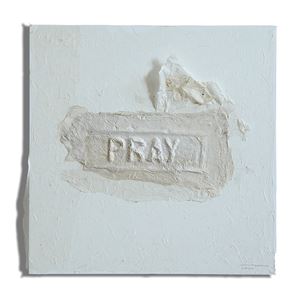 LIN YAN As the third generation of the family, Lin Yan's practice is deeply rooted in her family's artistic spirit. She knows the price to be paid for artistic exploration, and therefore maintains indifferent to fame and fortune, stays away from the hustle and bustle, and develops her own independent artistic language. In 2005, she began to use the carrier of ancient Chinese painting—handmade Xuan paper as medium. With the simplest and delicate Xuan paper, she creates a sense of weight and layering. Installations with architectural features and sculptures with the painterly characters expand her artistic language. By exploring the materials and its characters in Chinese art, she plays harmoniously Yin and Yang of Tai-chi spirit in her working process. Lin Yan's works are heart-moving in a subtle and tranquil way, juxtaposing history, past and present and endowing minimalism the latitude of Eastern aesthetics. Since 2013, Lin Yan has used space as a starting point and combined with architectural forms to create large-scale installations.

Regeneration of Hope is a solo exhibition of Lin Yan presented by Leo Gallery in the Basel Hong Kong 2020 online exhibition. Named after Lin Yan's recent art project, Regeneration of Hope. The exhibition featured representative works of three important series of Lin Yan from different periods. The "Regeneration of Hope" series from 2017 to the present, is a large-scale art installation series named by stars. It expresses her concern of environmental damage and ecological disaster caused by large-scale commercialization and industrialisation. The 'Monument' series from 2007 to 2008 was present in exhibition Variations of Ink Paintings at the National Gallery of Dresden, Germany. And '2020' series, was many dairy style pieces that created in her studio at the beginning of 2020, the global outbreak of coronavirus period, in the face of disasters and death, Lin Yan return to the inner of herself. She hope that through these small paintings audiences will also feel the freedom in their heart.

In western culture, rose has always been used as a carrier to express enthusiastic and unbridled emotions. This work uses writing to convey this message more rationally. As a main expression method that has been a mainstream for thousands of years, writing has been dramatically applied to bricks that are made of Xuan paper. Bricks and Xuan papers, representing Western and Chinese civilisations, are the carriers of two different civilisations. From chiseling to books, no matter which civilisations, they all undergone such changes. In this work, they are perfectly integrated as a whole. The intense historicity and emotional mobilisation in this work create echoes of the distance under the collision of black and white.

The artist draws on the traditional architectural component–eaves tile–to interpret the delicate changes in light. Xuan paper, with humanistic temperament which is transformed into tiles with a strong living atmosphere by means of printing and sticking. The delicate lines on the tile, which are just like ink, are continued and written on Xuan paper. Light is released from the calm, just like the literati wielding brush and ink.

It is said that at the beginning of the world there was only a boundless darkness. Since the first light, everything in the world has become visible. Light illuminates the beauty of the world, and darkness creates layers to the beautiful scenery. We neither live in the darkest places, nor in the brightest places. No matter what kind of people, they all exist in the zone between these two poles. White does not represent absolute correctness, nor does it leave any traces. Black has never mean something wrong, and all civilisations manage to exist in the world with black. Whether white or black, it can be a light.

On several occasions, Lin Yan has spoken of her relationship to architecture as a symbolic place closely aligned with memory. 'The demolition of the old architecture hurts me ... I have painted each of the places where I have lived. Architectural elements are important to me. They related to my home, my culture and express my experiences in different periods.'–Lin Yan

Dubhe in the Big Dipper is a symbol of power and wealth in Chinese culture. It means wisdom and ability to rule. In ancient times, people called writing and painting on Xuan paper as paint-splashing. The word splashing ink expresses the view of the universe in the mind thorough the form of words and paintings. This work also borrows this meaning, and at the same time expresses the depth of black ink, the unpredictability of paper and light, as a miniature of the form of the universe. In the alternation of bright and dark, the energy of Dubhe is conveyed from the distant universe into this artwork, and gets combined into a permanent space with Chinese myth and mysterious universe.

The stars in the sky are hung high, with incalculable distance, I wonder how far could that be. The path of a man is underfoot, where is the end? Through the planets in horoscopes that have been widely used as guides from ancient times to the present, the work links the energy of human and the universe, so that artificial space also has the deity and uncertainty of the universe. When viewers walk into the space with their confusion in mind. It is just like life, which is full of unknowns. Underfoot with the land of death and indeterminacy, standing in the vast universe built with Xuan paper, viewers could see the light above the head becomes a luminaire from deep and distant space which continuously transmits energy. While bodies being rubbed by papers, they suddenly forget time and space. As a Chinese poem describes: 'Who wonders the palace in the sky heaven, what year is today?'

The hard brick wall is condensed with Xuan paper, wax and resin. The hard bricks and tiles are surrounded by soft Xuan paper, declaring to break the old system and meanwhile relentlessly destroying the magnificent building constructed by hypocritical martyrs. What things could last forever? This work seems to be raising such questions. The indestructible bricks are undoubtedly used as a permanent material to commemorate grand and glorious deeds, but the final outcome of these constructions all inevitably become dust in history. However, those papers that are regarded as fragility and truly convey the civilised symbol are kept forever. The strength of bricks and tiles is futile without cultural packaging.

When I envision the recent Gateways and Monuments of Lin Yan, I am tempted to relinquish the excessive burden of theory in favour of a more clear and resonant idea: that maybe the future is not so far away. Maybe, in fact, the future is within our grasp, within the silent interludes given to memory, time, and history. – Lin Yan：The Gateway to the Future by Robert C. Morgan

On the black Xuan paper, the pattern resembling a monk is looming in a white space. In the modern civilisation system of Buddhism and bricks and tiles coexistence. The two iconic dwellings and beliefs of human existence and civilisation are solidified together under the function of Xuan paper. Both inclusive and compatible material and spiritual products of civilisation which are presented in this work in a very compassionate way. Inside the cold and black construction, there seems to be a warm candle lit up, and there is a monk telling the philosophy of life. The faint sound is slowly transmitted from the picture to the outside world with the warm energy of the light. Home, everyone's ultimate belonging, the words of family are like the scriptures of faith, making every cold and wounded heart find its salvation.

Praying of stone rubbing, it made from Xuan paper. While expressing its literal meaning, it also borrows the meaning of the type of characters to redefine the role of Xuan paper. Transformed from a soft writing carrier into a physical fortress with solid quality. Prayer, this word means a soft desire that cannot be self-satisfied, and an uncontrollable extroverted message. Under the role of Xuan paper, it has become the opposite–a tough, self-redeeming active right. Powerful sculpted texts are as simple and beautiful as the ancient Greek sculptures. We couldn't help to imagine the beauty and majesty of the Greek gods. Praying is a great action of dignity! When people facing weakness, this work makes them full of courage!

'I use paper and ink for their ability to record intricate effects of wear and tear on the cultural and material fabric of our contemporary world, and, at the same time, to restore culture and peace within conflicts. Despite the feeling towards things lost, struggling, or being destroyed, there is also beauty, strength, hope, and persistence in these sculpted paper paintings.'–Lin Yan