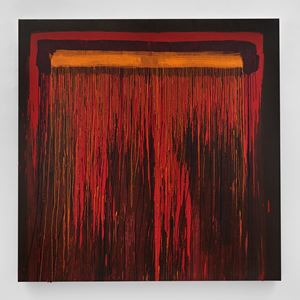 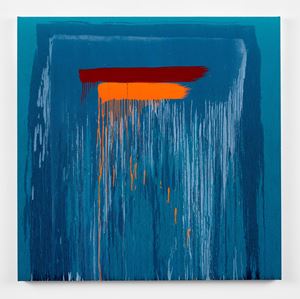 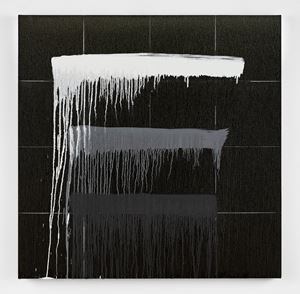 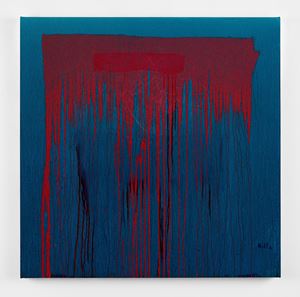 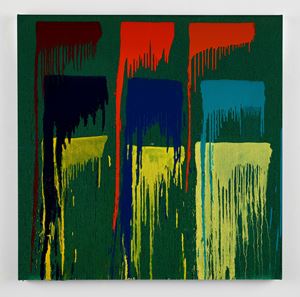 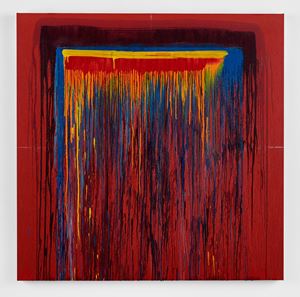 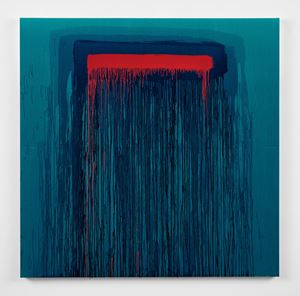 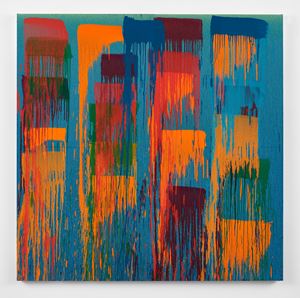 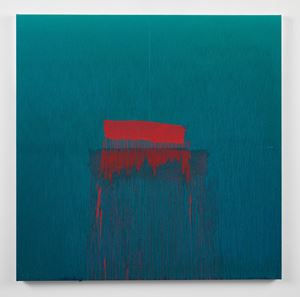 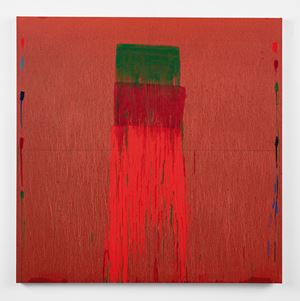 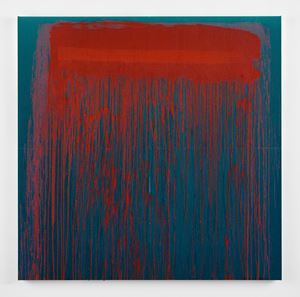 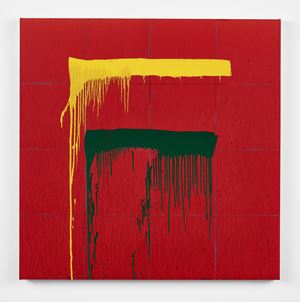 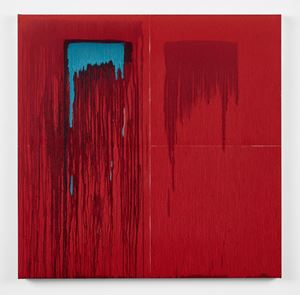 Palm Beach—Lévy Gorvy is proud to announce a solo exhibition of new paintings by American artist Pat Steir, debuting in the Palm Beach gallery on Saturday, March 6, 2021. Considering Rothko represents Steir’s personal exploration of and deep engagement with the legacy of Mark Rothko, which began with an early encounter between her and the famed Abstract Expressionist in the 1960s when Steir was starting out as a painter. Created in her Chelsea studio in New York over the last year of quarantine, the 13 new paintings draw on her predecessor’s remarkable use of color and his investigations into the sublime possibilities of abstraction, portrayed through Steir’s signature pictorial approach.

Steir recounts of her meeting with Rothko in Cape Cod when she was in her 20s, 'It was in the early 1960s; I was a guest at the Tworkov house in Provincetown, Massachusetts—Jack Tworkov and his wife Wally. I was friends with both of their daughters. Rothko was teaching for a few summers in Provincetown. I went up to him at a dinner party and I said, "Mr. Rothko, I love your work!" I was worshipping him—and he said, "You’re a pretty girl. Why aren’t you married?" He didn’t even register that I was an artist and loved his work. He looked like my father. So, when he said to me, "Why aren’t you married?” that seemed appropriate. I was disappointed. I was hoping to discuss colour theory with him.'

Despite this early exchange, Steir continues to be inspired by Rothko, describing him as 'an extraordinary colourist,' as well as recognising the influence of art historian Robert Rosenblum’s understanding of Rothko as an artist who worked within the spiritual legacy of Romanticism. Steir notes, for this new series of paintings, 'I am working off the colour wheel, still, and what I learned about colour and the colour wheel, making the Colour Wheel. I have a strong affinity with Rothko’s colour combinations. I’m not looking at his actual paintings, but pictures of his paintings, and that is very different.'

Featuring an interplay between direct gesture, chance, and gravity, the paintings in Considering Rothko are united by Steir’s assured and unique painterly technique and her mastery of colour. Steir created these paintings utilising her pouring process and the gestural language of her iconic Waterfall paintings. Layers of thinned oil paint are applied to each canvas, where gravity and the properties of the paint itself intercede in the making of the work. 'I let nature paint the paintings,' explains Steir. 'My paintings are a picture of a waterfall and they are the waterfall: they are those two things at once. I take my cues from the Chinese literati painters, who sat and looked at a landscape for as long as it took them. Then, after days, or months, or years, they went home and let the landscape pass through them and painted as a spiritual activity. In my work, I am letting the paint do its thing.'

The deep maroons, intensely saturated reds, and luminescent yellows and oranges of the 'Considering Rothko' paintings call to mind her predecessor’s palette filtered through Steir’s own sensibilities and offer a meditation on colour and harmony. 'Rothko is still a hero to me,' states Steir. 'Gone but not forgotten. I went through many years of not being so fond of his work. I didn’t understand it. Now, I understand how methodically he was using colour.' This confidence manifests in Steir’s joy of painting, and her belief that it is the artist’s responsibility to bring light and hope to an otherwise darkened world. Her homage to Rothko has given rise to freer experimentation of overlapping brushstrokes and drips, floating forms and colour combinations. 'I’m always learning,' says Steir.

Considering Rothko comes after the artist dedicating much of the last four years to major institutional projects. In 2019, Steir was invited by the Barnes Foundation in Philadelphia to create 11 large-scale black-and-white 'Waterfall' paintings, entitled Silent 'Secret Waterfalls: The Barnes Series', which were installed for over a year in the museum’s spacious Annenberg Court. This was immediately followed by a commission from the Hirshhorn Museum and Sculpture Garden, Washington, DC, to create Steir’s largest and most ambitious installation to date—a monumental suite of 30 nine-foot chromatic paintings that spanned the entire perimeter of the museum’s rotunda galleries, transforming the space into a giant and immersive colour wheel. Pat Steir: Color Wheel opened to public in October 2019 to critical acclaim and remains on view.

Born in Newark, New Jersey, in 1940, Pat Steir studied art and philosophy at Boston University and earned a BFA from Pratt Institute in 1962. Over the past 50 years, she has exhibited extensively in North America and Europe, with solo exhibitions and wall painting installations at institutions such as the Whitney Museum of American Art, New York; Albright-Knox Art Gallery, Buffalo, New York; Gemeentemuseum Den Haag, The Hague, the Netherlands; MoMA PS1, Long Island City, New York; Irish Museum of Modern Art, Dublin; Musée d’Art Contemporain, Lyon; Brooklyn Museum; and Rijksmuseum Vincent van Gogh, Amsterdam, among others. Her solo exhibition Pat Steir: Silent Secret Waterfalls was on view at the Barnes Foundation in Philadelphia in 2019, and was followed by Pat Steir: Color Wheel, at the Hirshhorn Museum and Sculpture Garden, Washington, DC, which opened in October 2019.

In 2016, Steir was elected to the American Academy of Arts and Letters, and, in 2017, she was presented with the US Department of State’s National Medal of Arts. She received the National Endowment for the Arts Individual artist’s grant in 1974 and an Honorary Degree of Fine Art from Pratt Institute in 1991. Steir was also a recipient of the Guggenheim Fellowship in 1982. Lévy Gorvy has shown her paintings in dedicated presentations in London (2016), New York (2017), Hong Kong (2018), Taipei (2020), and, in 2019, hosted Visible Traces (Mountain Water Air), an exhibition curated by Steir of works by her contemporaries. 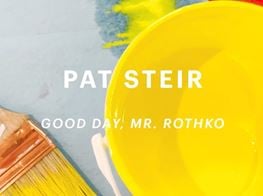 Sign up to be among the first to know when new exhibitions by Pat Steir or at Lévy Gorvy open.