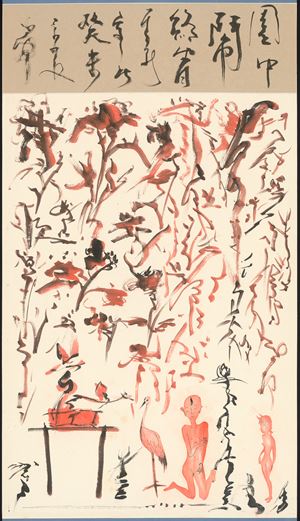 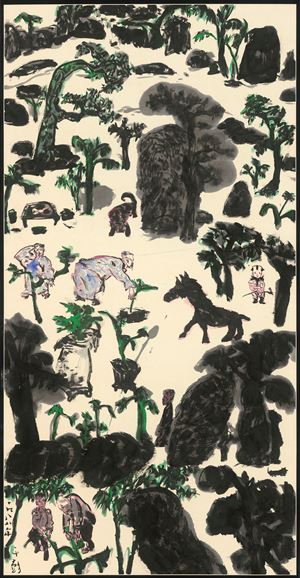 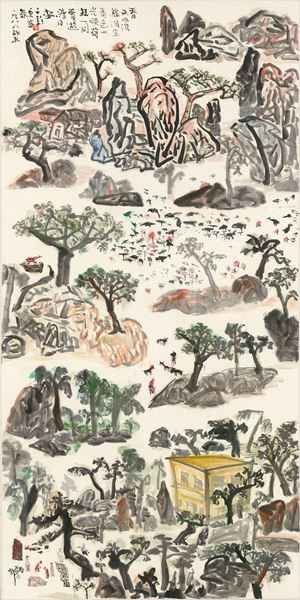 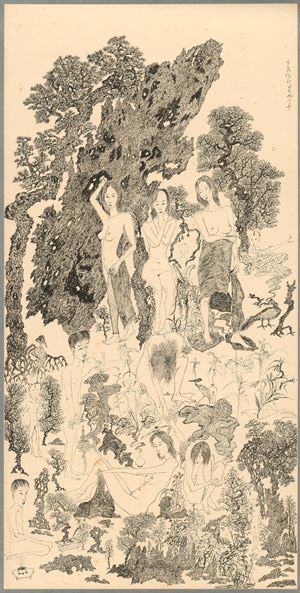 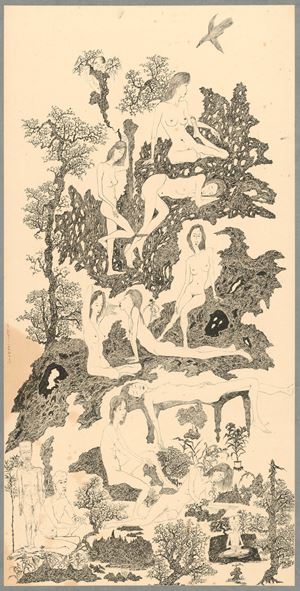 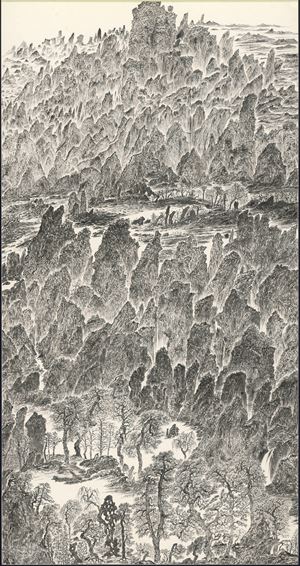 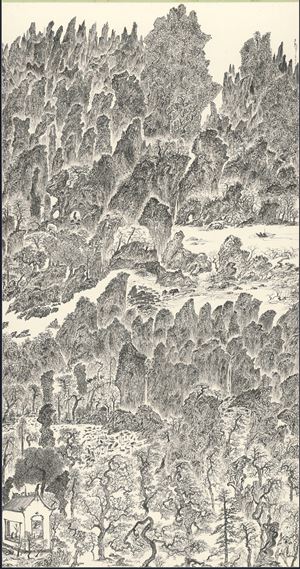 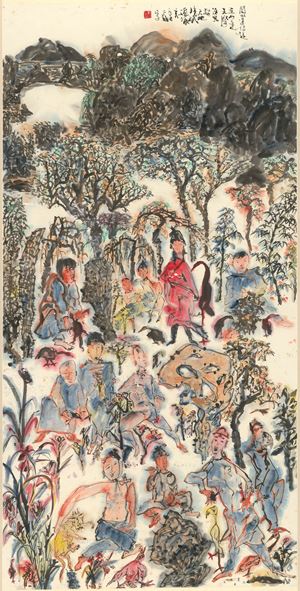 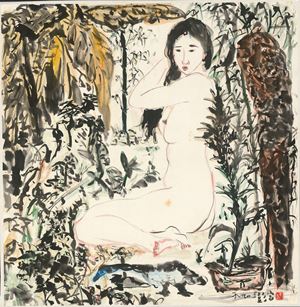 Peng YuWaking Up in the Morning, 1990Ink and colour on paper
70.4 x 68.6 cm
Sold Liang Gallery
View More Works By This Artist

He is a representative figure in the history of contemporary ink painting in Taiwan. He was well known for his sketching of situational landscape paintings with white lines, both classical and modern. Known as the ‘Ancient Person of Today’, Yu Peng’s paintings show a magnificently distinct style of Chinese ink painting perfectly reflecting his heroic spirit. Referencing the proportionate perspective skill of Western art, his works also displays an artistic charm in a delicate and rich way.

In 1980, Yu Peng traveled to the United States and Europe, which inspired him to rethink the fundamentals of culture. In 1986, during a chance trip to China, his creations started a new period of ink painting that incorporated both past and present. In the 1990s, Yu once again traveled to China and completed his iconic works such as ‘Landscape of Lust Series’ including the 10 screens of the ‘Landscape Series’, the 4 scrolls of ‘Landscapes at Sea’, and the ‘Figure Series’. In the latter work, there are 300 characters interspersed across a garden landscape across a 13-meter-length paper metaphorically presenting people’s lives and deaths.

Yu Peng once said, ‘it is essential for individuals to begin from life in order for art to return to life; subsequently, art will finally be congenial to people and the environment, and there will become a kind of commonality between life and art.' The curator Wu Chaoran believes that ‘Yu Peng's exercise, understanding, and dissection of sketch lines are Western style, but the brush and China paper he used is Chinese classical. How to integrate both is actually a battle. What he created is contemporary scenario-like landscapes. He, himself, his relatives and friends have been drawn into the paintings. Some of them are fantasy transformation, but some are also reality. He seems to consciously wish to return to the ancient times, yet his true intention, ultimately, is just false utopian imagination.’

Sign up to be among the first to know when new exhibitions by Peng Yu or at Liang Gallery open.