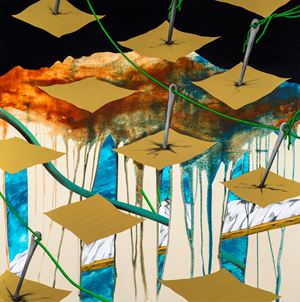 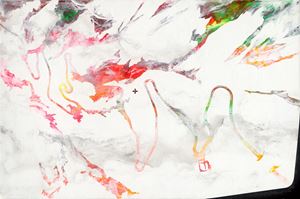 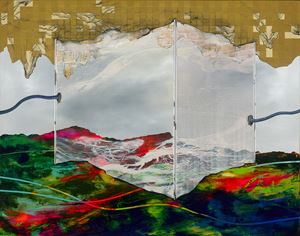 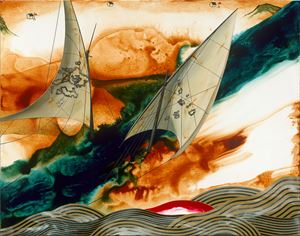 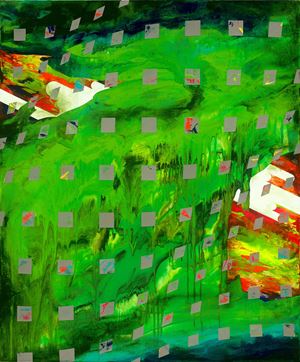 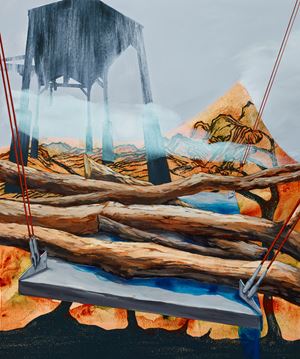 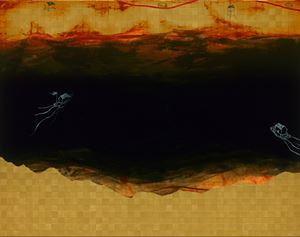 Terrains, Maps, and Time Travel— CHOU Tai-Chun's solo exhibition will be held at Liang Gallery from 7 November to 13 December 2020. It is Chou's second solo exhibition at Liang Gallery, in which he continues with his exploration of the conflict caused by the human intervention in nature to develop a new dimension of time similar to the time travel; while the new works for the exhibition also touch upon the industrial history and terrain changes that Taiwan has been through.

Following the two-year interval pattern that started from State of Flux at Taipei Fine Arts Museum in 2016 and continued with Action Through Inaction at Liang Gallery in 2018, Chou has been ambitious and adventurous in terms of his artistic expressions and themes for his every solo exhibition, without reducing the continuity of his artistic expressions, as seen in the attempt to find a possible way to employ installations and sculptures to further enrich the visual vocabularies of painting. The work Golden Mountains is a perfect example to subtly suggest a visual experience in everyday Taiwan through the mountains covered up by piled artificial materials with merely the ridge to be revealed.

The artist's references for the solo exhibition include a great number of contexts related to the terrains of Taiwan, while some, such as Kangxi Taiwan Maps, are from the rule of the Qing dynasty, allowing the artist to borrow the symbols and terrains-mapping concepts applied in the Taiwan maps during such time. Meanwhile, based the artist's field research on the camphor industry in Taiwan, Meditation・Section visualies the camphor-extracting process to represent how humans intervene and change the nature. The camphor wood of the exhibited artwork is either sliced as for the use of industry or carved with terrain symbols.

The local history of Taiwan and the field research on its industrial history have gradually come to the center stage of Taiwan's contemporary arts. However, compared to the video and document-based installations pervasive in Taiwanese art scene, painting does not show enough involvement in the discussed issue. The solo exhibition by CHOU Tai-Chun not only fills the gap of what has been missing for painting in this art movement, but also manifests the experimental attempt in his painting and image-creating, which will undoubtedly offer a unique experience for viewers. 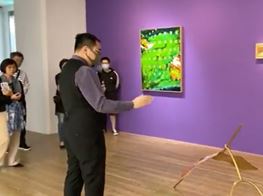 Sign up to be among the first to know when new exhibitions by Chou Tai Chun or at Liang Gallery open.