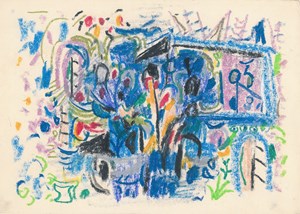 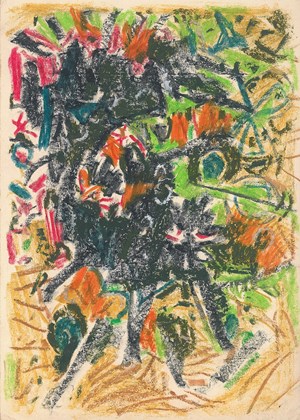 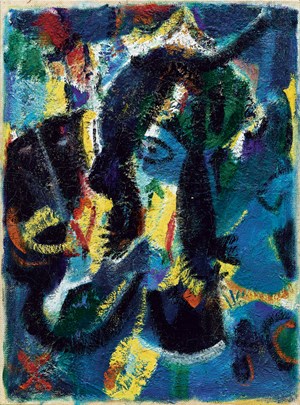 Lin & Lin Gallery is honoured to present the work of visionary abstract painter Wu Da-Yu in a solo exhibition at 2019 Art Basel HK. The exhibition would include the artist's oils, cartoons, ink, gouache, encaustic, pastels, watercolours, and fountain pen and pencil drawings, which reflect his exploration of different styles such as Impressionism, Cubism, Fauvism, and even traditional Eastern line and composition. The many rich and colourful oil paintings and works on paper in the exhibition would offer viewers an opportunity to experience the context and concepts of this great master of his generation.

Wu Da-Yu studied in France in the mid 1920s, and was one of the first artists to participate in the Chinese Government's Diligent Work-Frugal Study Movement. After returning home and taking a teaching job, Wu, along with Lin Fengmin, Pan Tianshou and others, revolutionized modern Chinese art. Lin Fengmin praised Wu as 'a painter with an outstanding sense of colour and enormous creativity.' Wu's paintings are not limited by representation, as his brushwork is natural and unrestrained, his colours are bright and lyrical, and overall, his paintings are very abstract. Besides occupying an important position in art history, Wu influenced many second-generation artists, such as his students Wu Guanzhong, Zao Wou-Ki, and Chu Teh-Chun, who blended influences from the East and West in their works. While traveling in France, Wu admired the work of Paul Cézanne, and studied in the studios of sculptor Antoine Bourdelle and the originator of Cubism George Braque. During this period, he gained a foundation in form and composition and was deeply influenced by Late-Impressionism and early Modernism. In the 1940s, Wu became interested in Eastern philosophy, studying the writings of Laozi and Zhuangzi. He eventually synthesized all he had seen and heard during his early years in France with concepts from Chinese philosophy, poetry, calligraphy and painting to establish an expansive and profound theory which he called the 'dynamism.' Wu said, 'What is revealed to the human eye can only be obscure dynamism. The beauty of this dynamism is pure and clear, formless and immaterial, yet not to be overlooked.' His paintings can be linked to the spirit of the Eastern tradition, as Eastern abstraction relies on mental imagery that serves as an intermediary between the concrete and abstract. His concept of dynamism links concrete objects and images, and this is what is called 'nature' in Chinese philosophy. This, in turn, is Wu's idea of dynamism. Each of Wu's students has relied on individual experience to define dynamism in his own way, thus Wu has had a comprehensive influence on Chinese abstraction from its inception to its ongoing development