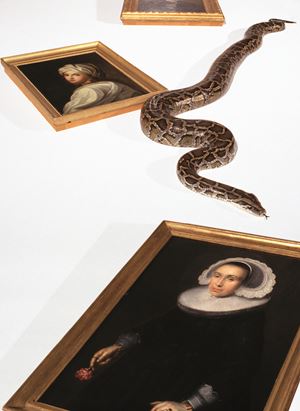 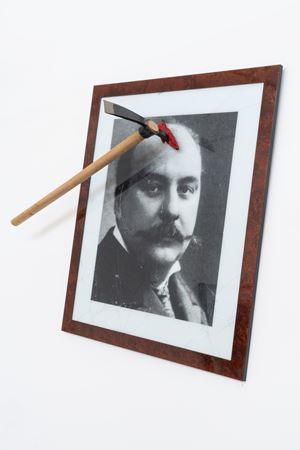 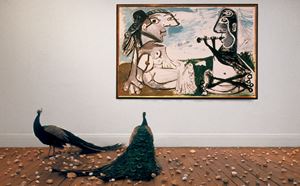 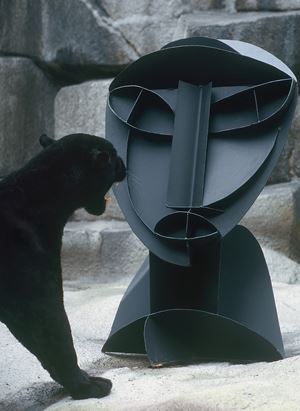 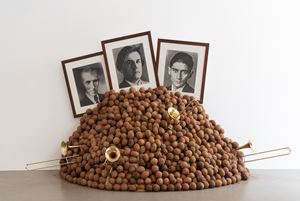 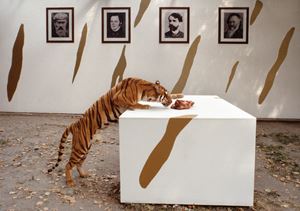 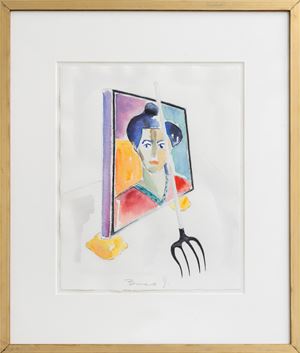 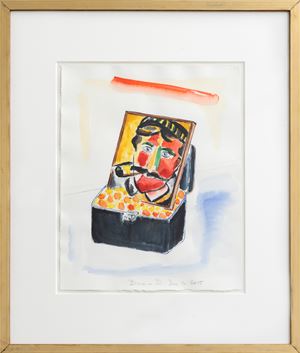 M77 Gallery presents a new exhibition which from 10 June will animate the gallery: Traveling to Post History, a solo exhibition by the internationally renowned artist Braco Dimitrijević (Sarajevo, 1948). The exhibition, curated by Danilo Eccher, follows the style of the latest shows presented by M77, where artists are invited to freely interact and dialogue with the spaces of the gallery, each time creating true site-specific projects.

The exhibition marks the triumphant return of the artist to Milan following his participation in the important collective show "Arts & Foods" by Germano Celant at the Triennale on the occasion of the Expo, with a presentation that offers an examination of the main themes of Dimitrijević's work without losing the powerful dimensional strength of the installations.
Drawing inspiration from his work in the 1970s, the artist examines the relationship between chance and creativity with two never-before-seen large-scale works created especially for the exhibition, which question and almost desecrate the very idea of works of art and the concept of the artist. In that period, ahead of his time in his theories of relational aesthetics, Dimitrijević referred to the role of the artist as an "arranger", setting up an initial situation for which the public is co-author and the final result is unpredictable.
Visitors are welcomed by an imposing installation centred on two boats with sails that portray the faces of artists and intellectuals such as Tesla, Modigliani, Malevič and Gončarova, who all shared alternating critical success and were recognised only many years after having produced the works for which they are now considered masters. As well as the casual nature of fame, in these works in which the portraits are accompanied by an organic element - in this case coconuts -, Dimitrijević also focuses on nature and its capacity to rebalance the forces in play. It is a recurrent presence throughout the artist's work.
The exhibition continues with two series of works by the artist set around the large installation Heralds of Post History, a piece that was previously presented in Arts & Foods. The Balkan Walzer series consists of portraits of famous composers "defaced" by pickaxes that break the glass surface and remain wedged in the picture, with a red chilli pepper evoking a trickle of blood. This series introduces other themes dear to the artist, such as the continuous blending of nature and artifice (fruit and everyday objects), the references to historical figures that have a particular meaning for him, to be honoured or stigmatised, thus expressing ethical and aesthetic judgements on Culture, Art and the role of the artist.
The second selection of works is dedicated instead to another important body of the artist's work consisting of installations which create magical encounters between wild animals and works of art. Silent dialogues in which nature and culture come face to face in a suspended dimension.

As suggested by the title of the exhibition, the work of Braco Dimitrijević originates from a critical standpoint with regards to History. The artist developed the concept of "Post History" in the treatise Tractatus Post Historicus from 1976, a few years before the creation of the term Postmodernism, defining it as a coexistence of different concepts and models, a pluralism of the truth and time of a multi-angular vision.
"In reality, chance is hidden determinism, as nothing really happens by chance, everything needs to be seen from a cosmic perspective" - explains the artist. "This is demonstrated by the many errors of history, which pushes people to the side-lines as though they were "passers-by", to then re-propose them as heroes. One only has to think of Kafka, El Greco forgotten for 300 years, Van Gogh and many others. I tell this story".

The exhibition will be open to the public until 28 September 2019 and will be accompanied by a catalogue in which the curator Danilo Eccher converses with the artist.

Sign up to be among the first to know when new exhibitions by Braco Dimitrijević or at M77 open.