Renowned for painstakingly collecting pigment for his colour palette on his vast travels around the world, New-York based artist Bradley Theodore has gained recognition for his ability to preserve some of history's most recognisable characters in his signature Dia de los Muertos style.

Born in Turks and Caicos - an island group, east of Cuba - Bradley Theodore grew up in Miami, before moving to New York City at the age of 17. Quickly immersing himself in the New York graffiti scene, Theodore's artwork is heavily influenced by street art techniques, using a mix of stencils, spray paint, and traditional painting to render his colourful skulls. Theodore's belief that the public are the most discerning reviewers of his art was vindicated in 2013, when his mural of Anna Wintour and Karl Lagerfeld won him international recognition and over 200,000 likes in just 48 hours. "Street art allows you to be yourself. You're not focused on trying to impress a curator or a particular museum. Your focus is on impressing the people who in return share your work with other people through social media and word-of-mouth."

Collected by a legion of celebrity fans including Adele, Bryan Cranston, Thierry Henry and Salma Hayek, Theodore was chosen to be Google's virtual reality artist-in-residence in 2016. He hosted his second solo exhibition, The Second Coming, in celebration of his collaboration with PUMA at Maddox Gallery in 2017. In October 2018, Theodore unveiled his latest exhibition of new works, The Coronation, at Maddox Gallery to much acclaim. 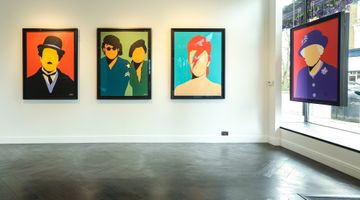 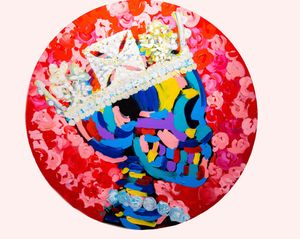 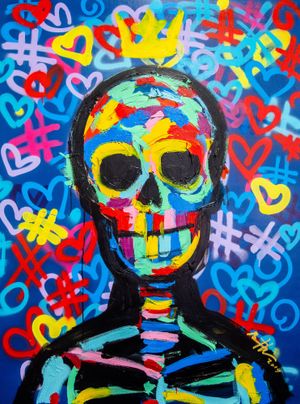 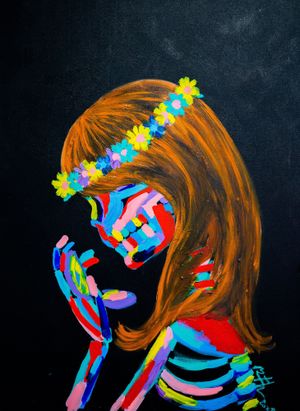 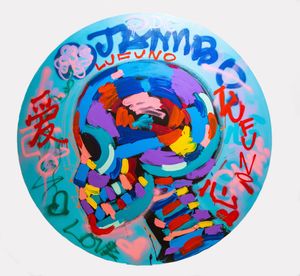 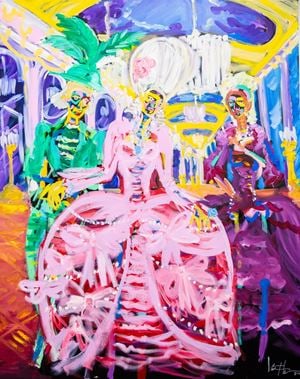 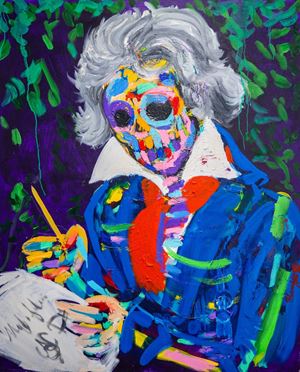 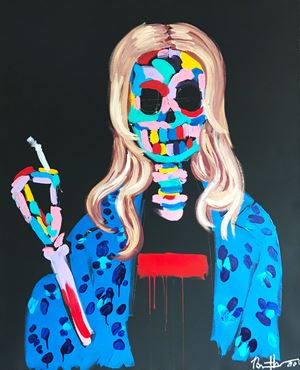 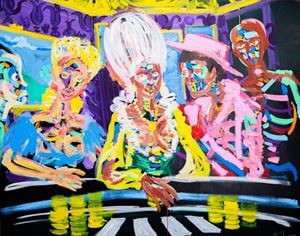