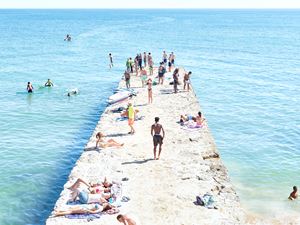 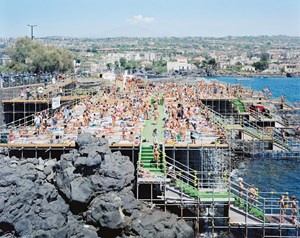 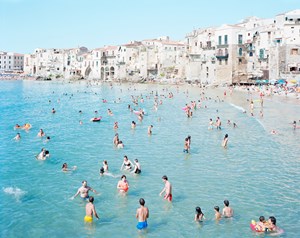 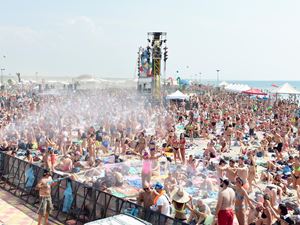 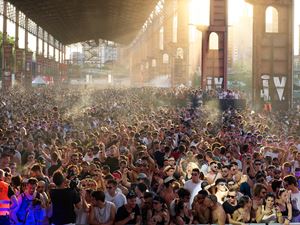 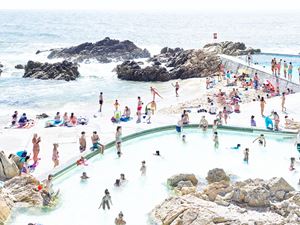 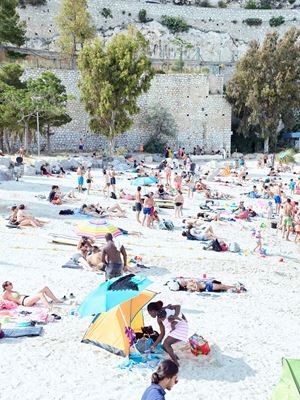 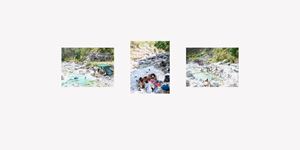 Mazzoleni is pleased to announce its collaboration with Museo Ettore Fico (MEF) in Turin for Costellazioni umane (Human Constellations), an exhibition entirely dedicated to the work of Italian photographer Massimo Vitali. The retrospective show at the museum will runfrom 25 September to 20 December 2020.

The exhibition Massimo Vitali. Costellazioni umane (Human Constellations) comprises around 30 works, selected from over twenty-five years of the artist's production. While not presented in chronological order, the display is for all intents and purposes, a kind of anthological exhibition. For those who know Vitali's work it will be imperative to view the sunny Italian beaches crowded with people on holiday (1995), however also presented for the first time ever, will be photographs of Jovanotti's concerts on his last Italian tour in 2019.

Massimo Vitali's work draws aesthetically on the history of art and not just that of photography. Italian by origin, Anglo-Saxon by training, with an international vision and attentive to the evolution of avant-garde research between the last century and the current one, the artist appears as a photographer inclined to leave no traces in his works of moments related to identifiable historical facts. His extremely static and crystallised world appears suspended as in a cinematic still image. There are never details identifiable with current historical facts, except for the titles that sometimes refer to crowded gatherings or disco fun nights.

His work appears as a result of an 'Enlightenment' period, where places—beyond their geographical, landscape or atmospheric interest—are immortalised for what they are and 'captured' by a focused and precise eye on the amount of detail, which is presented until paroxysm. The buildings are presented in all their identity and architectural physicality; the mountains are depicted, however impossible, to the last rock and lichen; the beaches and sand dunes are softened by reflections and shadows perceptible to the horizon. Like Canaletto and much of the 18th century painting, his eye captures every detail and transfers it to the photographic paper in a realistic and analytical way. In contrast to Da Vinci's atmosphere of the blurred and spatial perception, everything in Vitali's work is highly defined. As in Canaletto the figures recite parts of a play written like a choral drama; people appear as if directed by an off-stage director and obey predefined dictates although in an obviously unconscious way.

Everything is projected on a screen in which the protagonists act parts destined for them by contingent facts. The titles of the works tend to confuse the viewer as if the artist had destined to the people portrayed, precise acting parts and leading roles.

In works such as De Haan Kiss (2001), in which two boys in the foreground exchange a kiss, or in Cefalù Orange Yellow Blue (2008), where there are colourful swimsuits, it is the content that determines the title of the work—decided in post-production after a careful review of the photograph.

Instead, in works such as Carcavelos Pier Paddle (2016), the little boy—who on the left of the work is forever immortalised in his acrobatic dive as a reference to great historical sports images, such as the diver of the well-known Roman fresco in Paestum and the Diver (1951) by Nino Migliori—gives no title to the work, despite having a 'full right'. However, this does not mean that Vitali's works are 'd'après', on the contrary they are originals that continue the history of photography in an innovative and personal way.

Vitali's work is—after more than thirty years of work—that of a great classical author, totally immersed in the history of Italian and international art, which places him amongst the greatest artists of our time.

Two anthological volumes, published by Steidl, document the artist's work with reproductions of all the works on display.

The exhibition is organised with the contribution of Mazzoleni, London - Torino.

Massimo Vitali was born in Como, Italy, in 1944. He moved to London after high school, where he studied Photography at the London College of Printing. In the early Sixties he started working as a photojournalist, collaborating with many magazines and agencies in Italy and in Europe. It was during this time that he met Simon Guttmann, the founder of the agency Report, who was to become fundamental in Massimo's growth as a 'Concerned Photographer'.

At the beginning of the Eighties a growing mistrust in the belief that photography had an absolute capacity to reproduce the subtleties of reality led to a change in his career path. Vitali began working as a cinematographer for television and cinema. However, his relationship with the still camera never ceased, and he eventually turned his attention back to 'photography as a means for artistic research'. Vitali's series of Italian beach panoramas began in the light of drastic political changes in Italy. He started to observe his fellow countrymen very carefully. Vitali depicted a 'sanitised, complacent view of Italian normalities', at the same time revealing 'the inner conditions and disturbances of normality: its cosmetic fakery, sexual innuendo, commodified leisure, deluded sense of affluence, and rigid conformism'. [Whitney Davis, 'How to Make Analogies in a Digital Age' in October Magazine, Summer 2006, no.117, p.71-98.]

Over the past 12 years he has developed a new approach to portraying the world, illuminating the apotheosis of the Herd, expressing and commenting through the most intriguing, palpable forms of contemporary art—Photography.

Sign up to be among the first to know when new exhibitions by Massimo Vitali or at Mazzoleni open.
Sign Up