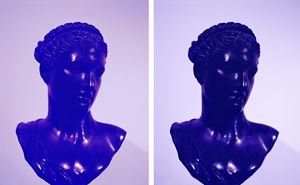 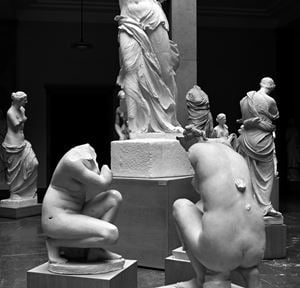 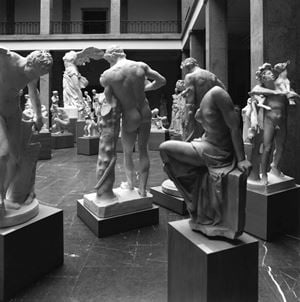 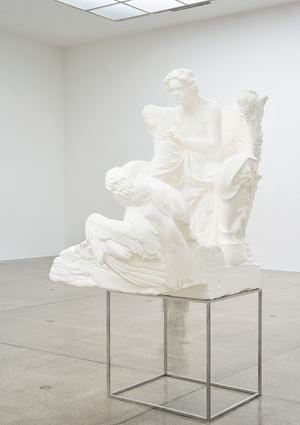 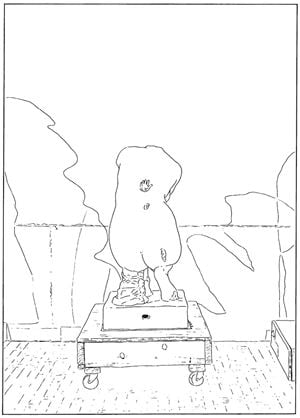 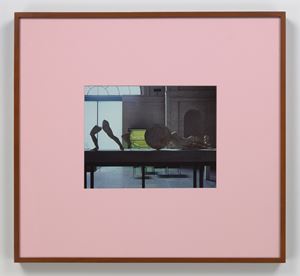 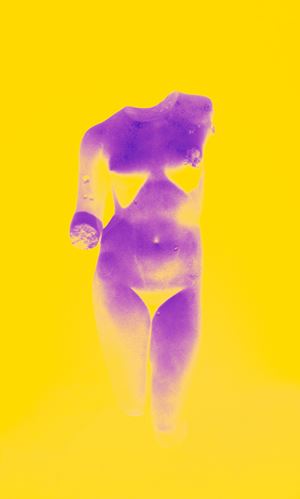 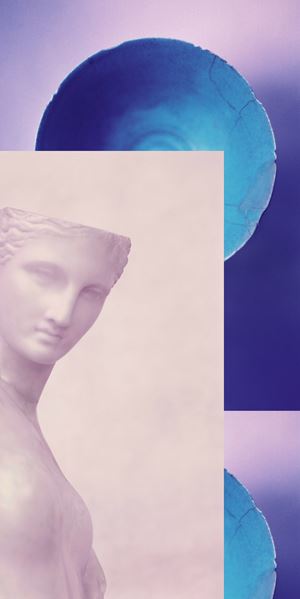 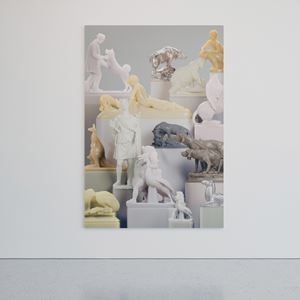 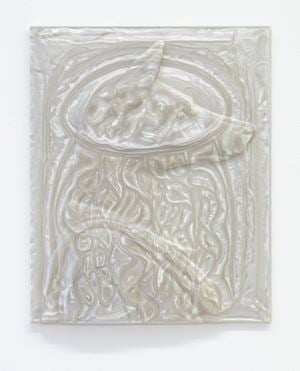 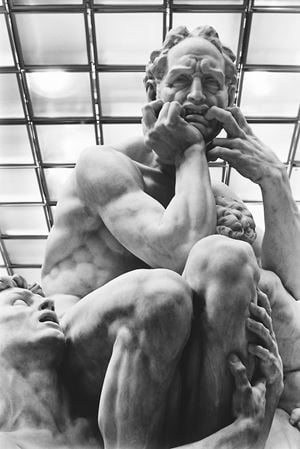 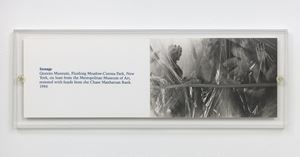 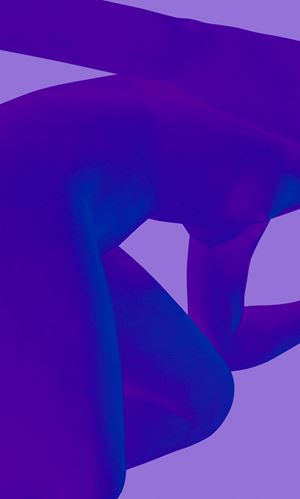 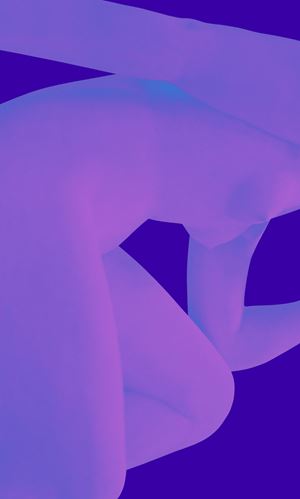 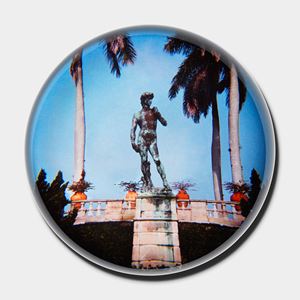 Organized by Metro Pictures director Alexander Ferrando, this exhibition in our online viewing room brings together three artists who incorporate historical sculpture into their practices.

At the end of the world aliens blow up the White House (Independence Day); a meteor crashes into Paris against the backdrop of the Eiffel Tower and Notre Dame's famous gargoyles (Armageddon); and we see Big Ben and St. Paul's in a central London left abandoned by zombie apocalypse (28 Days Later). Why does the world so often end in scenes like these in movies? When anything comes to an end we tend to look back at its past; when it's the world that's ending civilisation is that something. Hollywood uses grand monuments—obvious, nationalistic symbols of identification in these examples—but more humble cultural productions can connect, and orient, us to the vast welter that is human history. In less troubled times we collect and preserve the parts that make up the sum of civilisation. No doubt many of those parts and the collections that contain them have problematic histories. When faced with global catastrophe the drive to invest our attention to the sum as well as its parts, whether critically or admiringly, is perhaps greater than usual. This online exhibition indulges that drive by bringing together artworks by three artists—Oliver Laric, Louise Lawler, and Sara VanDerBeek—who have worked with various collections to incorporate historical sculpture into their own artworks

For more than a decade Oliver Laric has made 3D scans of historical sculptures, both originals and plaster casts. He uses the scans to produce his own stereolithographic sculptures that are usually composed of a combination of materials like resin, pigment, and aluminium. Unlike the source sculptures, Laric's works are often hollow or transparent and always lightweight. In this way they introduce a distinct visual language that relies on contemporary shifts in sculptural production. In 2012 he collaborated with the Collection and Usher Gallery in Lincoln, UK, to publish online 3D models of works in the institute's collection. It was this project that led Laric to initiate threedscans.com, an archive of his scans that are free to use without copyright restrictions. There one can also see selected documentation of the various purposes to which users have applied the files.

Through digitisation, Laric makes artworks sequestered in museums or otherwise not widely accessible available to a broader audience. With his own sculptures, he translates certain qualities of this digital age, such as reproduction and variability, into our physical world. These characteristics get to the core of his project, which challenges conventional notions of hierarchy and authorship in art.

Louise Lawler established her signature style—pictures of other artists' works displayed in museums, storage facilities, auction houses, and collectors' homes—in the late 1970s and early 80s and is counted among the most influential artists of her generation. The work that is primarily known are the photographs of the circulation and presentation of 'artworks,' primarily because their material form fits the conventions she is attempting to question. She continuously restages her own images in different formats, including paperweights and tracings. The tracing Hand On Her Back (traced) (1997/1998/2013) transforms an earlier colour photograph of a plaster cast Aphrodite at the New York Academy of Fine Arts into a large, black-and-white outline, which Lawler made in collaboration with illustrator and artist Jon Buller.

Sara VanDerBeek began photographing Roman statuary during a residency at the Fondazione Memmo in Rome in 2012 and has continued to document the classical female form in museum collections throughout the United States and Europe since. The Roman statues in VanDerBeek's works are themselves imitations of earlier Greek statues. In pointing to this process of replication, she draws a parallel to the characteristic reproducibility of both photography and sculpture, the latter of which is often inaccurately thought of as unique. Though we now know that classical sculpture was once richly coloured and embellished, we continue to associate it with colourless white marble. In reference to this long-held historical misconception, she saturates her photographs with vibrant colouration as a kind of corrective gesture. Perhaps the most important historical correction for her however is the redefinition of woman as maker rather than the merely represented muse.

4 new artworks have recently been added by Metro Pictures.
Sign up now to be among the first to know when new artworks are added.