Katsumi Hayakawa’s three-dimensional paper works and installations make visual connections between the complex and unseen substructure of the information age and the increasingly dense landscape of modern cities. He believes that urban construction embodies “the absence of existence, the absence of nothingness and the absence of the absence of absence.”

Painstakingly hand-crafted piece by piece, Hayakawa plays with the compositional idea of void vs. solid to amplify spatial relationships between alternative realities and metropolitan spaces. While examining the impression of architectural density, his constructions maintain the delicate nature of the material at hand. Made of paper, glue, string, and model-making materials, these works “initially read as a whole – a pulsating arrangement of regular shapes and volume – then as an assemblage of individual components that make up the holistic sculpture, systems of patterns and motifs emerge from the collective.” His inclusion of metallic materials evokes images of microchips and circuit boards, probing the relationship between the real and the virtual, what is natural and what is fabricated. 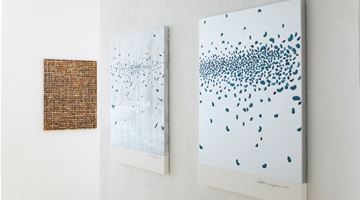 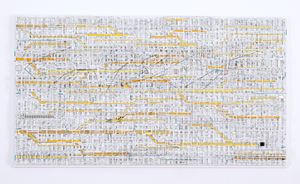 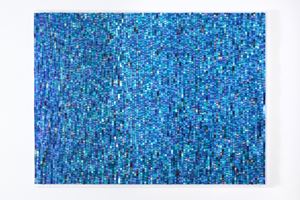 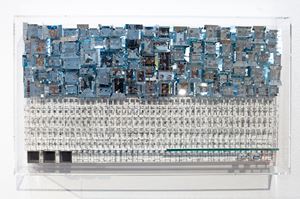 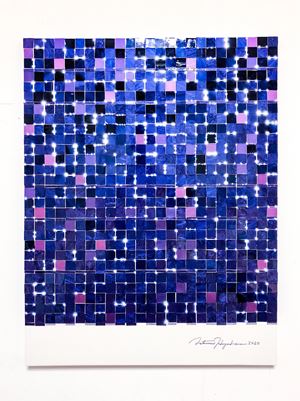 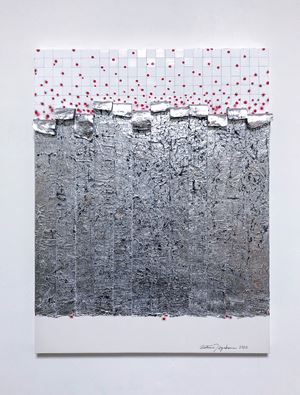 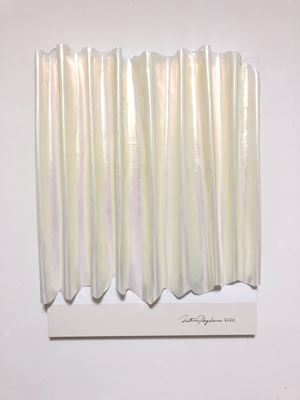 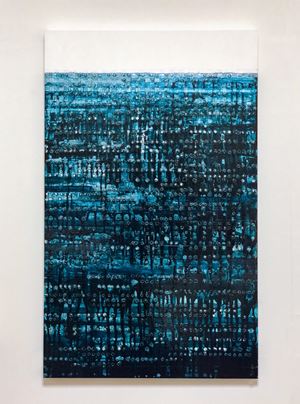 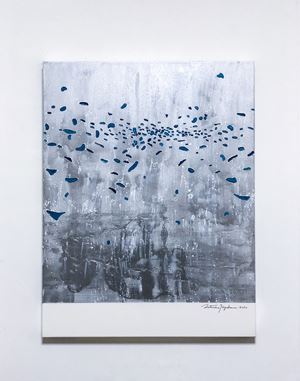