Face to face with Mandala for the first time
When I was young, I was greatly moved by the Mandala that my father took me to see. The extremely elaborate depictions, the rich psychedelic colours, the fractal design with countless Buddhas of various sizes arranged within, and the almost hellish image burned itself into my head like a trauma. The obsessional visual impact of Mandala has now become the core of my expression.

The 3 concepts of Keita Sagaki

1. The part-whole relationship
The concept of 'parts and whole' is by no means fixed and is constantly fluid. Just as how an element that is recognised as a whole could be perceived as a part just by changing your perspective, there are no limits to the scope of the relationship between them. That borderless part-whole relationship then gives birth to contrasts and waves which cannot be calculated through addition or subtraction, as they are neither the sum of the parts nor the division of the whole.

2. A shift in value through a change in perspective
A familiar image or scene can appear completely different from a change in perspective or standpoint. In other words, the human sense of value and beauty is uncertain, changeable and easily affected by assumption and bias. I wish to unsettle the values of such viewers through my works.

3. Coexistence of opposing concepts
I intend on enabling two opposing concepts to coexist within my expressions. For example, totality and partiality, life and death, the sacred and the profane, order and chaos, beauty and ugliness, western art and Japanese art, just to name a few. These concepts are not on opposite extremes, but instead coexist through complementing and involving each other.  Thus, with the 3 concepts above, in addition to the inspiration provided through Mandala, Keita Sagaki's works are produced. 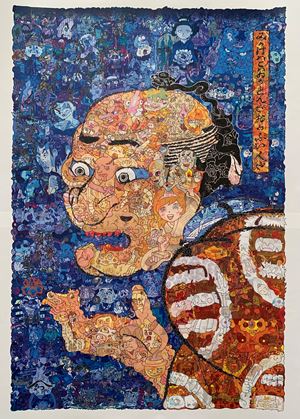 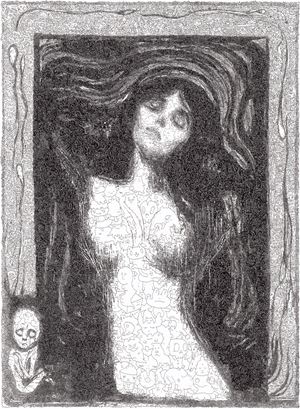 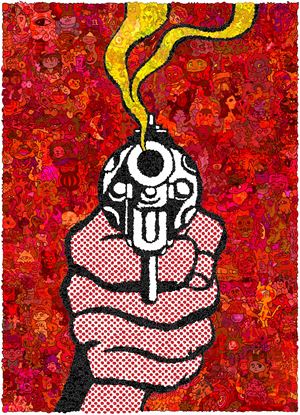 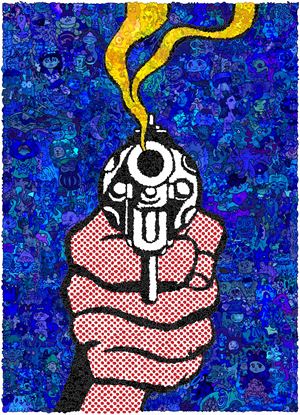 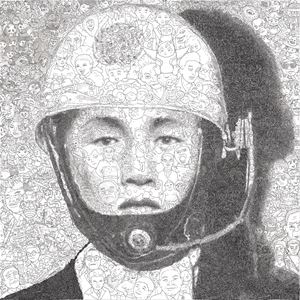 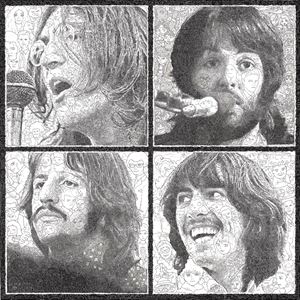 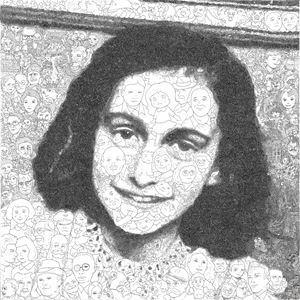 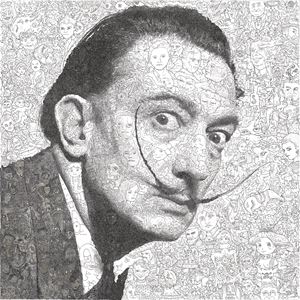