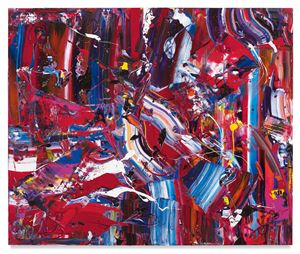 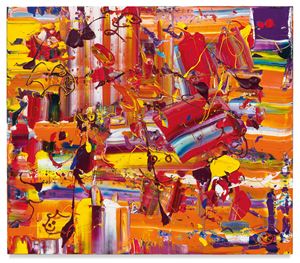 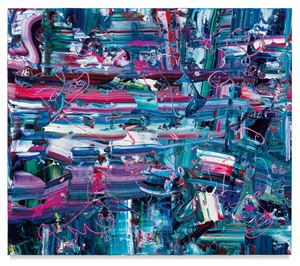 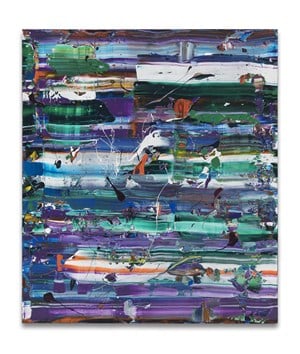 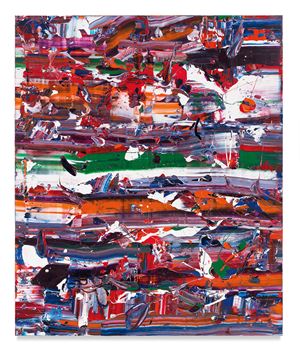 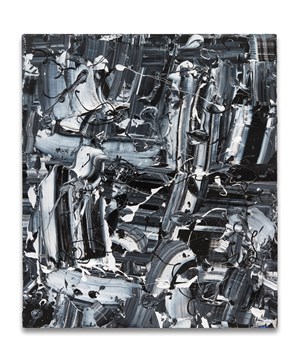 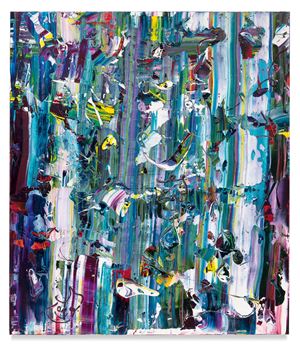 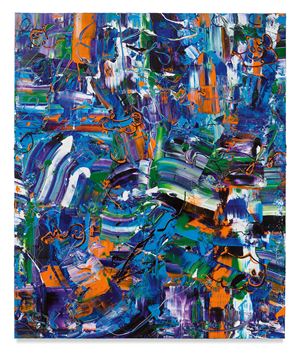 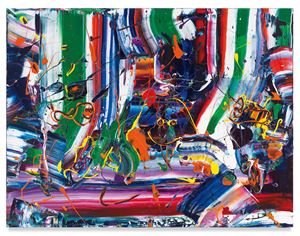 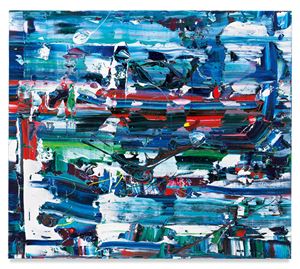 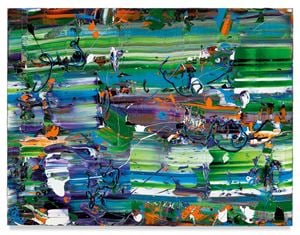 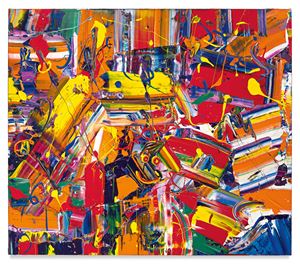 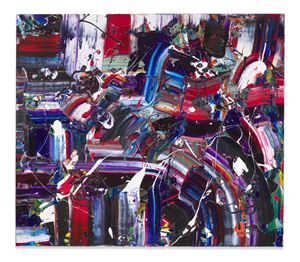 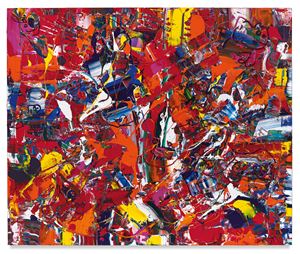 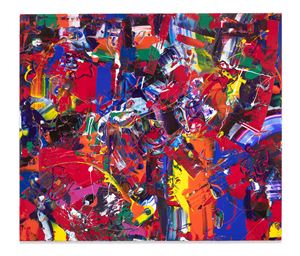 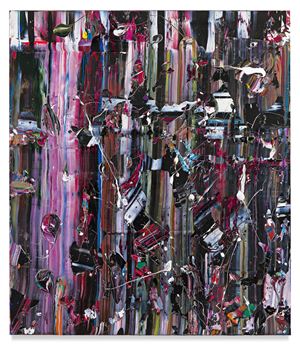 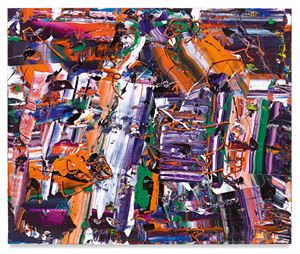 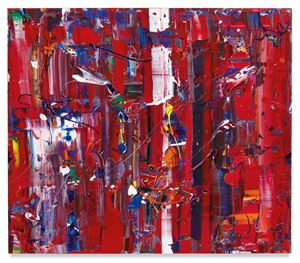 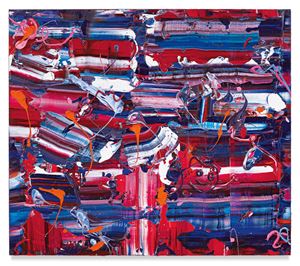 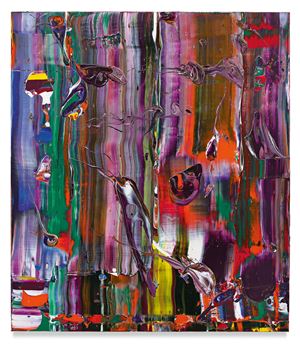 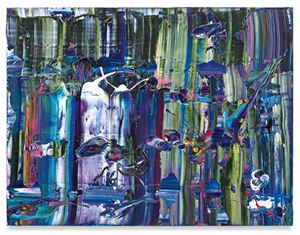 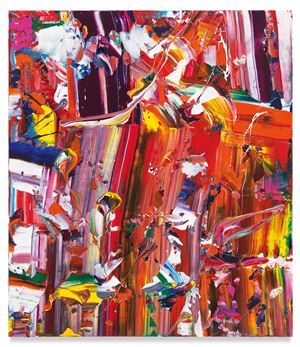 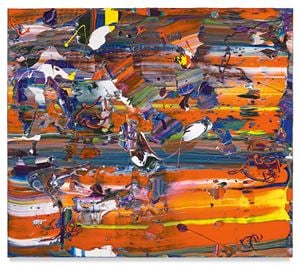 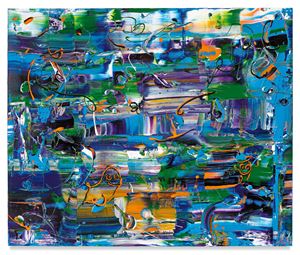 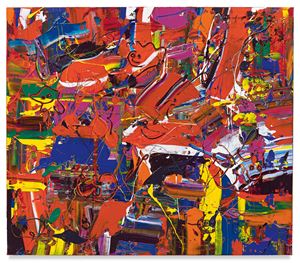 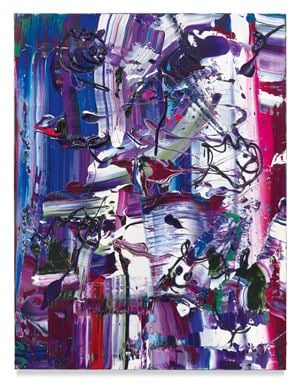 On occasion, a disembodied Smiling Face or loopy personage—perhaps Reafsnyder's signature motifs—marks out territory in these sumptuous environments. Their presence adds narrative to what might otherwise be classed as pure abstraction. Yet these figures invite deeper contemplation, as Michael Schreyach suggests: 'On a basic level, they control our pattern of visual scanning by soliciting us to follow their lines of sight or directional movement across the plane, laterally deflecting our views of deep space. More complex is what we might call their modes of existence. We are asked not only to notice the ways the personages are incorporated into or excluded from the field, but also to contemplate the character of the relationship between each personage and the environment in which it dwells.

Reafsnyder's slippery technique—using planks of Plexiglas to swipe and slide plentiful applications of unmixed acrylic over large zones of canvas—yields a visual abundance that confounds conventional descriptions of pictorial effect. Yet sustained looking will reveal the rigour of Reafsnyder's formal investigations. There is a seriousness to his work that exists in concert with his spirited and mischievous play. As in the art of Hans Hofmann, the manifest pleasure we may take in simply enjoying the quality of Reafsnyder's surfaces is accompanied by our thoughtful engagement with his art, which rewards our attentive regard.

MICHAEL REAFSNYDER (b. in 1969 in Orange, CA) received his Bachelor of Arts degree in studio art at Chapman University in Orange, CA in 1992 and his Master of Fine Arts degree at the Arts Center College of Design in Pasadena, CA in 1996.

Sign up to be among the first to know when new exhibitions by Michael Reafsnyder or at Miles McEnery Gallery open.
Sign UpLogin