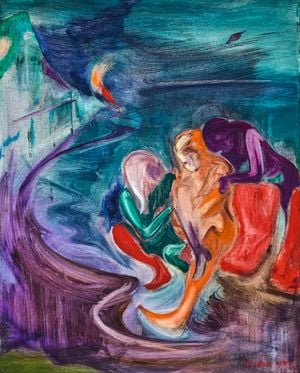 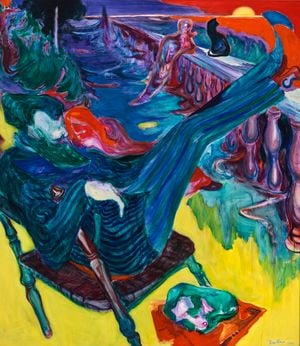 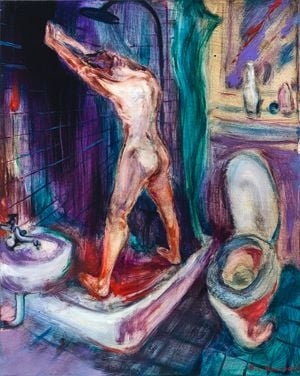 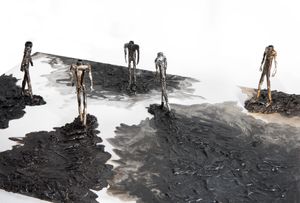 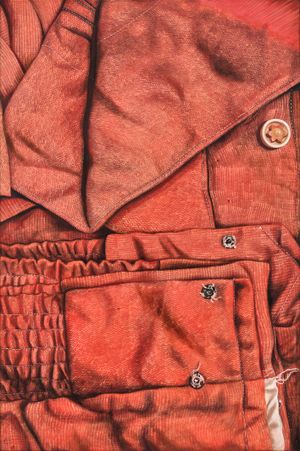 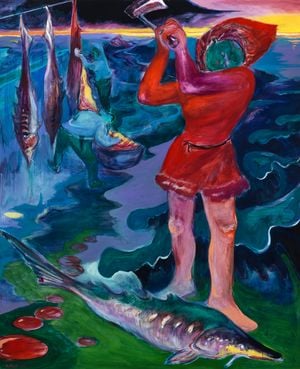 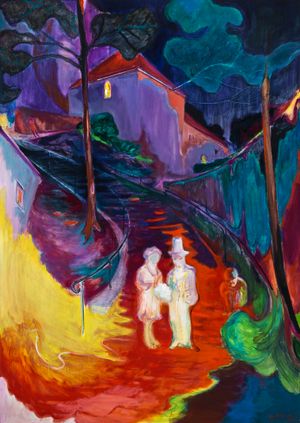 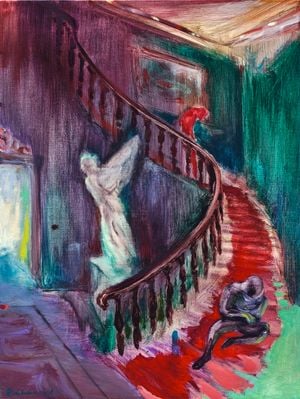 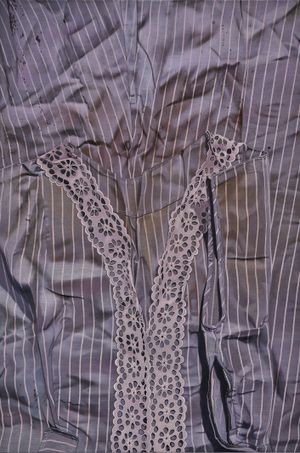 Mind Set Art Center is honored to participate in the upcoming 2021 Art Basel Hong Kong and showcases the works of four Asian artists: Marina CRUZ, Rao FU, LEE Ming-tse and SHI Jin-Hua. The fair is scheduled from May 21 to May 23, 2021 at the Hong Kong Convention and Exhibition Center. The preview starts at 2:00 p.m. on May 19. We look forward to seeing you.

The presentation focuses on two themes: "objects" and "theatre". Through their paintings and three-dimensional objects, the artists express their understanding of life and their observation of the world. Each has formed a unique narrative on the conversation between man and nature, and the passing of legacy between oneself and family. Filipino artist Marina CRUZ has built a body of work based on the records of her life and of her family. She has been exploring the deeper layers and the finer textures of the clothing items that have been passed down through the generations. Her close observations on "objects" have allowed her to trace back to the life trajectories of those who owned the clothes and, in turn, create a series of "family portraits" of those who are no longer there.

The other theme of the presentation, "theatre", describes a kind of man-made landscape that is often seen in the works of Rao FU, LEE Ming-tse and SHI Jin-Hua. Germany-based Chinese artist Rao FU is known for creating scenery with narrative elements mixed with ambiguous and bizarre visuals and symbolic atmosphere. In "Kaviar", his latest painting created in 2021, he portrays a scene where fishers are busy gathering fish. FU deliberately juxtaposes the dying fish in the foreground against the rising sun in the distance. The technique serves to accentuate the melancholy and sorrow of the life that the subjects go through. To FU, the scene exists at a given moment in time, in both reality and the dream world. It is a projection of complex human emotions on canvas and it epitomizes the world we inhabit. The decision to adopt a kind of expressionist violence aesthetics is Rao FU's way of responding to the global instability that has been creeping up in our collective consciousness in the last two years.

LEE MIng-tse has long been immersed in local Taiwanese culture, while SHI Jin-Hua has dedicated his life in the conceptual and performance art practice. Both exemplary in their respective disciplines, LEE looks outwards whereas SHI looks inwards for inspiration. LEE blends found objects with paper pulp and creates a new medium on which he makes his paintings. His subjects include elements from Wuxia comic books, wall paintings in temples and Chinese ink painting. By creating imaginary scenes of Jianghu, a world of outlaw swordsmen, LEE projects his view on the changes and commotion of the contemporary world. SHI Jin-Hua, on the other hand, has created "Pen Walking"— an ongoing series where SHI lays the pieces of the pencil he had used to complete each drawings on its surface. The display of the physical pieces that makes up each pencil signifies the exhaustion of human lives during their journeys. In 2019, SHI developed "Five Walkers in the Square", which is homage to the Alberto Giacometti's "Piazza". SHI expands upon the idea behind his "Pen Walking" series and made this three-dimensional work by exhausting the content of five paint tubes on a canvas and subsequently crafting five walking figures by reshaping the metal tubes. The work signifies five people, each of whom walking to different directions, have exhausted their blood and flesh during their journeys (the canvas). The work is a moving display of the drive and energy of the human spirit.

Founded in Taipei in 2010, Mind Set Art Center is a contemporary art platform exhibiting Asian and international artists while dedicated to innovative programming and collaborative projects of cultural exchange.

Sign up to be among the first to know when new exhibitions by Marina Cruz, Rao Fu, Shi Jin-Hua, Lee Ming-tse or at Mind Set Art Center open.
Sign Up