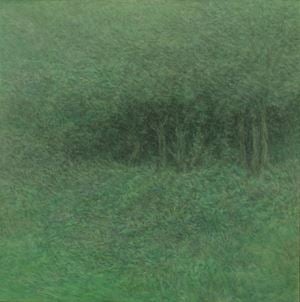 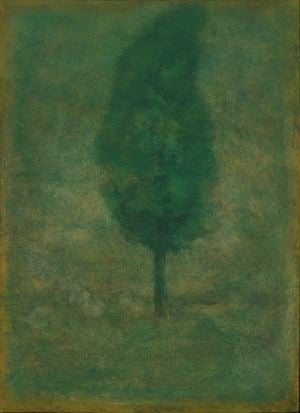 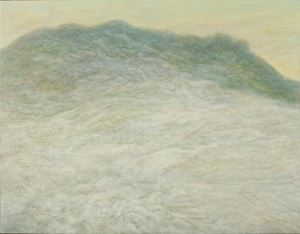 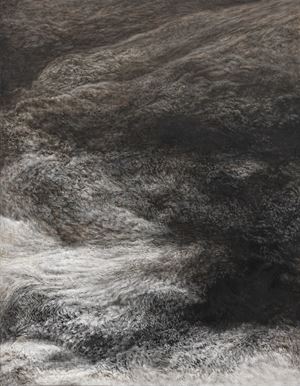 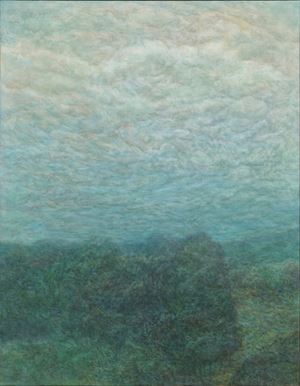 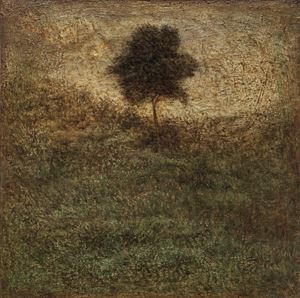 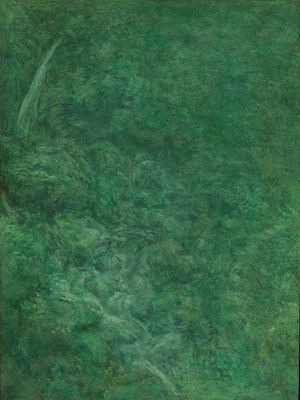 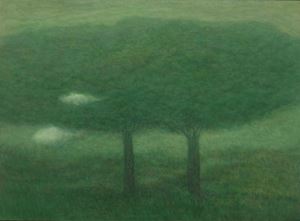 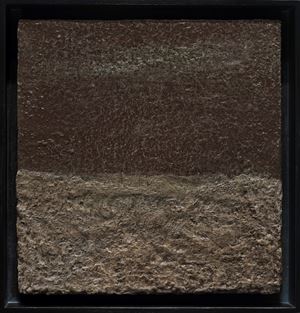 Mind Set Art Center presents "Voices of the Wind", the second in-house solo exhibition of Lin Wei-hsiang to conclude the year. The exhibit consists of all new paintings that Lin has made in the last two years, since moving his studio to Zhudong Township. It is scheduled from December 26, 2020 to February 5, 2021. We cordially invite you to join us at the reception, set for 3:00 p.m. on opening day, followed by a conversation at 4:30 among Cheng Nai-ming, editor-in-chief of Cans Asia Art News, the artist Lin Wei-hsiang and gallery's director, Andre Lee.

Lin Wei-hsiang has long had a fascination with painting landscapes. He often applies light colors on canvas to render mountain and forest sceneries and adds delicate touches such as signs of wind breeze and waving leaves. With his deliberate brush strokes, Lin manages to create a living, breathing world, a place of pure and serene beauty. For Lin himself, the paintings represent an ideal realm where his heart and soul belong, a place of spirituality. The ethereal breezes and the misty mountains in his paintings are inspired by his countless trips to Mount Guanyin. The images also reflect on Lin's own thoughts and feelings as he hikes the mountains. The subtle variations in the color hues parallel the changes in his psyche. This exhibition, in a way, presents Lin's visual rendering of the "Voices in the Wind", as they are also the voices of Lin's own loneliness and melancholy.

Two notable artworks in "Voices of the Wind" are Lin's latest triptychs called "Misty Waves" and "Rising Clouds". In "Misty Waves", which measures close to 5 meters across, Lin paints elements of the scenic Sun Moon Lake and adds traces of wind and mist to render a realistic location in an abstract manner. Light, shadow and mist scatter across the frame, dancing among the forests and above the lake. The exhibit also shows Lin experimenting with new techniques and departing from his usual style. In "Reflection of the Heart (6)", Lin removes all colors and applies only shades of black and white. He employs the wiping technique seen in Chinese ink brush paintings as well as sketches to portray a landscape from a different perspective. The simple aesthetics of the painting is evocative of the bright sketches made by 19-century artists Adolph Menzel. The smallest painting of Lin's exhibit is called "The Wasteland". It highlights a ritualistic aspect of Lin's creative process: the uneven surface textures are resulted from years of applying paint. Eventually, the signs of labor are transformed by time and memories into a beautiful wasteland.

Voices of the Wind

Sign up to be among the first to know when new exhibitions by Lin Wei-Hsiang or at Mind Set Art Center open.