Mizuma Gallery has previously featured in an Ocula art fair partnership, but is not a current Ocula member gallery.

If you are from Mizuma Gallery and wish to apply to become an Ocula member gallery please visit: ocula.com/membership. 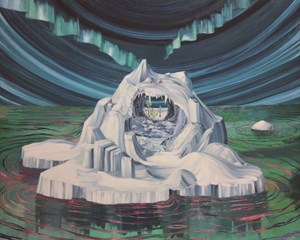 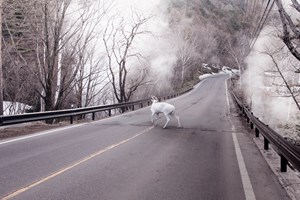 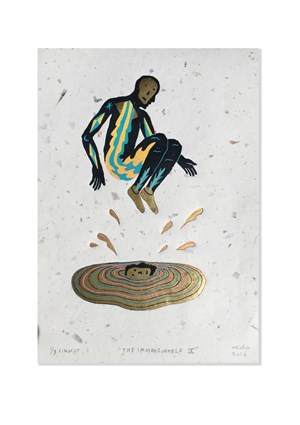 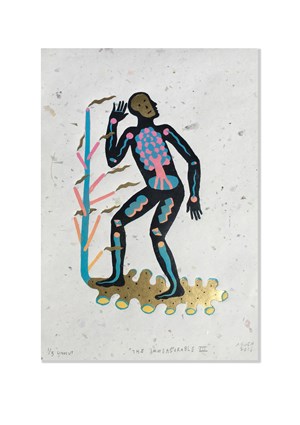 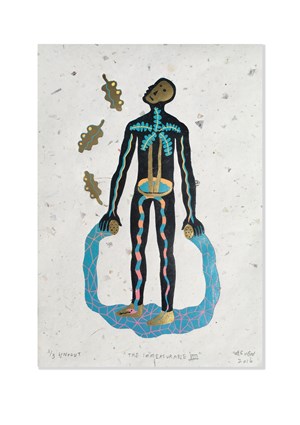 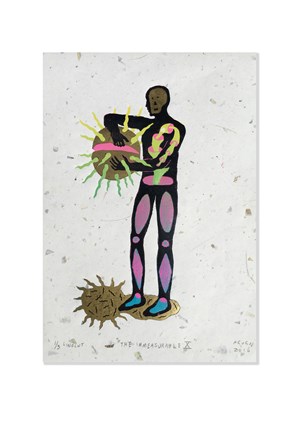 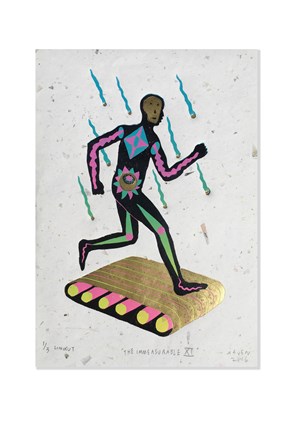 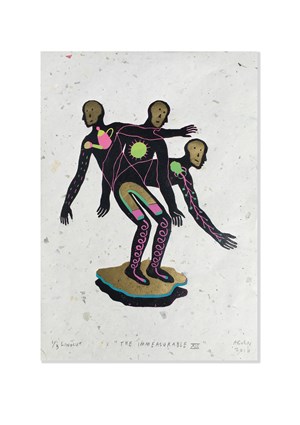 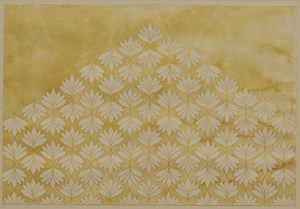 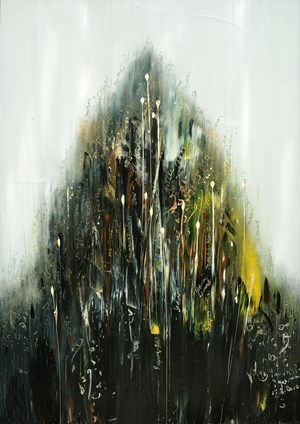 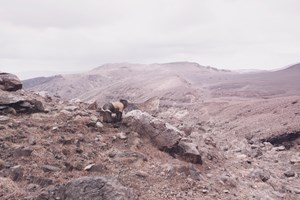 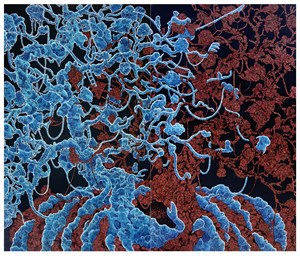 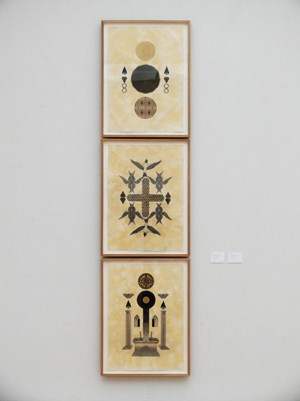 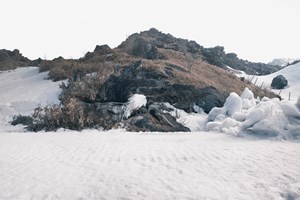 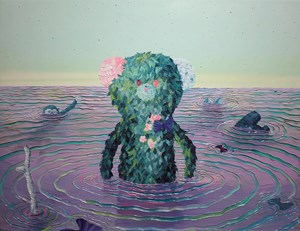 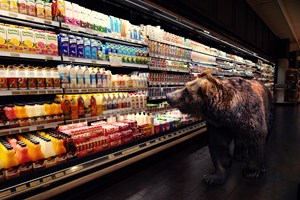 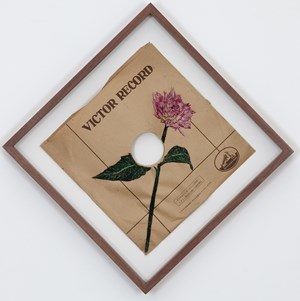 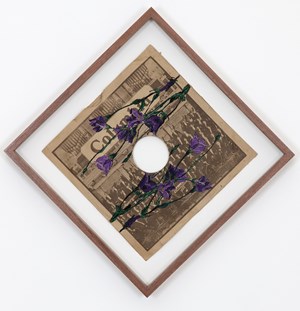 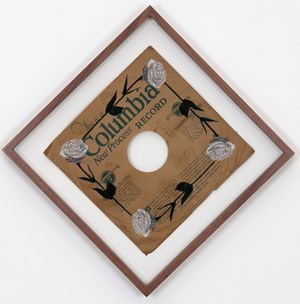 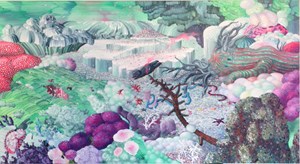 Mizuma Gallery is taking part in the upcoming Art Stage Singapore 2017, from 12 to 15 January 2017. Visit our gallery at booth C7.

AGAN HARAHAP (b. 1980, Indonesia) rewrites reality through masterful photo manipulations to comment on various contemporary issues. His photographs place well known pop culture icons in strange fantastical situations that mislead the realism of his work and questions our dependence on photos to inform us of reality. Equal parts satire and humour, Agan’s work also highlights our obsession with celebrity and fame, cautioning us against how easily collective memory and the public can be manipulated with a little photo editing.

AGUNG PRABOWO (b. 1985, Indonesia) makes use of hieroglyphs-like symbols from elements of everyday life, psychedelic colours, and smooth gradation, that come together in engaging prints that are like polyphonic poems of meaning. His works delve into the human condition and explore universal emotions. Recording his personal life experiences into his art, he often translates negative emotions into positive works of beauty through a repetitive, mantra-like printing process that is akin to a spiritual prayer or mantra.

ALBERT YONATHAN SETYAWAN’s (b. 1983, Indonesia) works combine simplified forms of human, animals, and geometric shapes, arranged repetitively into a conceptualized assemblage. Rooted in his beliefs of the spiritual connection between human and nature, he expresses his own universal perspective of the spirituality that embraces humanity. In his work process, Albert explores the possibilities of creating a ritualistic and meditative visual experience. Repetitive gesture of ceramic casting works like a mantra, suggesting that every piece of the aggregation is made in an identical way. He believes that repetition stands as a mantra even in our simplest activity. Ceramic’s main and basic ingredient of clay attracts Albert on how such natural material turns into a drastically distinct form which is solid and fragile at the same time.

AOYAMA SATORU (b. 1973, Japan)
Like pixels on a monitor, Aoyama Satoru reproduces modern media images through an assemblage of fine stitches layered over to create photo-realistic interpretations of his subject matter. Entirely constructed through repetitive labor on an old-fashioned sewing machine, his intricate embroidery is recognized for its ability to intersect the contemporary with the traditional. The process of making is important for Satoru and he hopes that in viewing his work, people will appreciate the embroidery and ultimately question the relationship between the images presented and the creation process.

EGUCHI AYANE (b. 1985, Japan) creates paintings of weird, fantastical landscapes seem to be from another world, revealing many contradictions; the same tableau would contain two vast extremes such as life and death, the lovely and the grotesque, in seeming harmony. Cute objects come to life, looming in and out of mysterious sceneries, mystifying the viewer. These elaborate spectacles seem remote and almost impenetrable, but are in fact the artist’s metaphors for the inconsistencies in our lives that we have gradually forgotten.

HERI DONO (b. 1960, Indonesia)is known for incorporating elements of traditional Indonesian art forms into his work, including aesthetic conventions of wayang kulit shadow puppetry, having studied under a professional wayang master in order to fuse the idioms of indigenous storytelling with contemporary methods of expression. The vibrant aesthetics and popular appeal of Heri Dono's practice is synchronous with its engagement with political concerns: born in Jakarta in 1960, the artist's personal experience of the former Suharto regime profoundly influenced his works' underlying societal critique. In this sense, the fantastical monsters, beasts and other characters that populate his compositions may be seen as subversive analogies of figures of power. Military interventions, environmental destruction, and official corruption: all these and more feature in the absurdist landscapes of his darkly humorous allegories.

indieguerillas (b. 1975- Miko, 1977- Santi, Indonesia)
Graphic designers and illustrators before they became artists, indieguerillas (husband and wife duo Miko Bawono and Santi Ariestyowanti) use their design aesthetic and techniques to reinterpret Indonesian culture in a contemporary context. Their use of non-conventional media, digital technology and ready-made objects differentiates them on the global stage, and packages an incisive societal commentary in attractively clean lines and bright colours. Appropriating traditional Javanese wisdom and icons from wayang (Indonesian shadow puppet theatre) and reimagining them with the logos of famous brands, indieguerillas’ work criticizes modern Indonesian youngsters for being happy victims to Western materialism, and at the same time reminds them of the roots and heritage that are their legacy.

OHATA SHINTARO (b. 1975, Japan) is known to create artworks that capture and display breathtaking, frozen scenes from everyday life that we normally take for granted. He uses different types of light in his work (strong light expressions) to dramatize the otherwise ordinary sceneries, which essentially gives a very unique touch. He has a very distinct style where in an artwork he would place sculptures in front of paintings, hence combining 2 and 3 dimensional worlds. The reason for this is because by doing so, he believes that he could bring a different 'atmosphere of dynamism' to his artworks.

PUPUK DARU PURNOMO (b. 1964, Indonesia) paintings provide delightful, intimate insights into the colourful lives of the people of his hometown of Yogyakarta, Indonesia, as well as the mystique of Borobudur. His focus on family ties and the joys derived from it, frequently casting the spotlight on people that make up a community, displays a sensitivity that appreciates kindness and the simple pleasures of life. In his signature medium of oil and watercolour, Pupuk uses impasto strokes, whimsically sensuous lines and a dark, rich palette influenced by his Javanese heritage to bring out the vivacity, innocence and simplicity of his subjects.

ROBERT ZHAO RENHUI (b. 1983, Singapore) is constantly fascinated with Singaporeans’ controlled coexistence with nature, and his practice is drawn from observations and research inspired by his genuine curiosity about how man interacts with the natural world. He creates photos with a documentary approach, constructing and layering the subject with narratives that cross the boundary between the real and the fictional, creating doubt in the viewer about the image’s authenticity. Robert’s work raises questions about both our fascination with controlling nature and how our reception of a photograph can be manipulated by its presentation.

YODOGAWA TECHNIQUE (b. 1976- Hideaki, 1977- Kazuya, Japan) is an art group founded by Hideaki Shibata and Kazuya Matsunaga in 2003. Based out of the river terraces of Yodogawa, Osaka, they use garbage that has drifted to the riverbank to create their artworks. Their creations involve making beautiful models and sculptures that completely does not resemble its original form as garbage. They are renowned for making works in various places, interacting with locals and doing community projects, mainly community garbage clean ups, collecting material for their artwork whilst encouraging the community to keep the environment clean.

YOGA MAHENDRA (b. 1982, Indonesia) is a self-taught artist who creates overcrowded visual landscapes without any point of perspective. Evoking traditional Balinese paintings, these works are inspired by poor living conditions of slum life in
kampongs that he sees in the Indonesian city of Malang he lives in. Monster-like characters rendered in intricate detail populate Yoga’s paintings as physical and mental representations of the kampong people, who are so closely related as a community that one person’s problem soon becomes everyone’s problem. Besides highlighting relevant social issues like urban planning, overpopulation and the large economic gap, his paintings also illustrate how even the strong have weaknesses and how the weak can find victory in unity