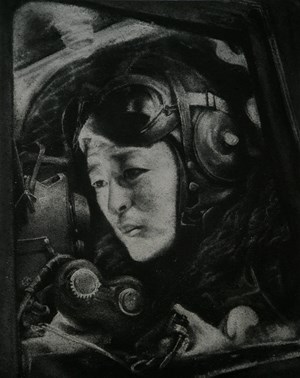 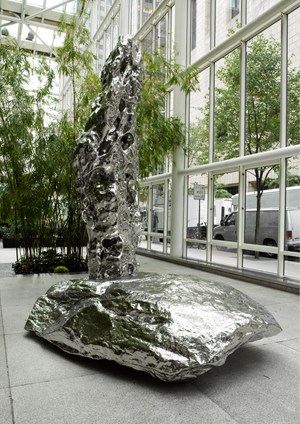 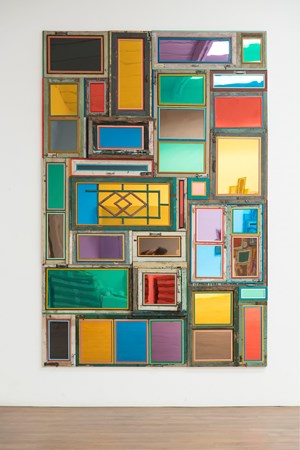 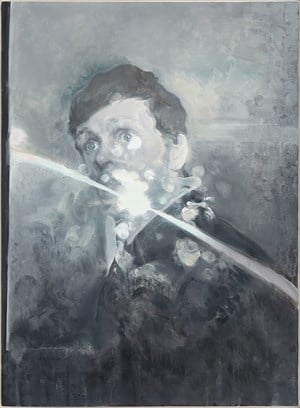 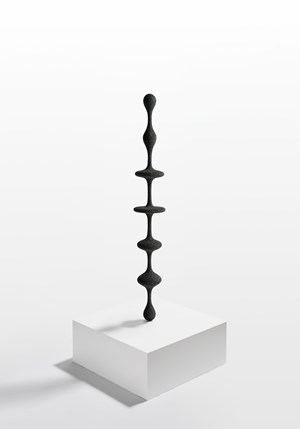 Pace Gallery is delighted to return to FIAC, presented at the Grand Palais in Paris, from 18 to 21 October 2018. This year, Pace's stand (B39) will be dedicated entirely to leading contemporary Chinese artists.

The exhibition will feature new and recent works by artists such as Ma Qiusha, Mao Yan, Song Dong, Zhang Huan, and Zhang Xiaogang, among several others from Pace's program. As a culmination of Pace's celebration of its 10th anniversary in Asia, which began in the spring with the opening of its second gallery in Hong Kong, the presentation at FIAC underscores Pace's long-time commitment to and relationships with the diverse community of Chinese artists who continue to advance the boundaries of contemporary art.

Zhang Huan's ash on linen painting titled Pilot (2008) will be one of the central pieces of Pace's stand. The demanding composition and the delicate grain of the ash elicit a photographic aesthetic. Zhang first began developing his ash paintings upon moving to Shanghai in 2006. The artist was struck by the number of Buddhist devotees praying and burning incense as offerings, and the ash soon became his preferred medium. Speaking on the material, Zhang has observed: 'all the dreams, aspirations, spiritual longings; all the ideas that people have' are infused into the ash. 'It's the collective spirit and collective thinking, and collection wishes of the people in China.'

With a focus on portraiture and domestic scenes, Zhang Xiaogang navigates the cultural terrain of contemporary China through paintings that investigate notions of identity and the construction of memory. Spanning over six feet high by eight feet wide, the artist's powerful 2012 oil painting Mother, portraying a mother and child seated on a couch, will be a major highlight of this year's booth. Concurrent with FIAC, Pace is presenting the artist's latest works on paper in an exhibition on view in New York through 20 October.

Additional highlights will include a sculpture from Yin Xiuzhen's slick Wall Instrument series, which alludes to the lives of individuals who are often neglected in the drive toward excessive urbanisation and rapid modern development; as well as Song Dong's installation piece Usefulness of Uselessness - Varied Window No. 6, a conceptual exploration of everyday discarded window frames.

As part of FIAC Projects, Pace presents Zhan Wang's Jiashanshi No. 106 (2006) for the steps of the Petit Palais. Measuring 4.42m in height, the stainless-steel sculpture will stand as a centre-point between the ornate curvature of the Beaux-Arts-style museum, the organic forms of the surrounding grounds and gardens, and the modernity present in the streets of Paris. The work itself mimics the organic nature of the stones that give it its form while the hyper-reflective surface suggests the sleekness of contemporary building materials. The steel, which never rusts, 'reflects the colours of its surroundings,' according to the artist, 'so that it has essentially no colour of its own, changing according to alterations in its environment.' On the steps, Jianshanshi No. 106 will reflect the earthen colours of the palace's façade, the neutral tones of the walkways and streets, and the visitors themselves, giving the work a constant shifting presence.

Zhan Wang (b. 1962, Beijing) is regarded as one of the most important contemporary artists currently working in China. His practice, which includes sculpture, installation, photography, and video, is rooted in the critical exploration of the history and traditions of Chinese culture and the transformative effects of natural phenomena.

Moving fluidly between different media, Kohei Nawa's work explores themes of science and digital culture while challenging viewers' sensory experiences. Ether, a large-scale aluminium sculpture by the Japanese artist will be presented in one of the remarkable fountains of the Jardin des Tuileries. The shape is based on a 3D visualisation in five stages of the form taken by a drop of a highly viscous liquid hitting the floor.

Running until 14 January, 2019, Kohei Nawa's Throne (2018) will remain on view beneath I.M. Pei's glass pyramids that mark the entrance to the museum. The installation is a hallmark of the exhibition, Japonisms 2018: souls in harmony, on the 160th anniversary of the opening of diplomatic relations between Japan and France.