Nathalie Du Pasquier (b. 1957, Bordeaux, France) worked as a designer as part of the Memphis Group until 1987, producing patterns, textiles, decorated surfaces, and furniture. Since then, her main focus and passion has been painting. Over the past thirty-five years, Du Pasquier has been intrigued by the relationship between objects and the spaces in which they are installed. This ongoing investigation has manifested in paintings, sculptures, designs, patterns, constructions, carpets, books, and ceramics—constantly acting between the representational and non-representational, the tangible and intangible, reality and imagination, and two- and three-dimensional forms.

An expanded painter working between formats, Du Pasquier is open to new possibilities and experimentation, continuously playing with complex arrangements of forms. For a long period, she produced still life paintings following a precise methodology in combination with pure intuition: building sets with different elements—day-to-day objects first, handmade wood constructions later—and meticulously representing what was in front of her. Du Pasquier now works directly on paper or canvas, and builds constructions that play with the juxtaposition of flat surfaces and three-dimensional objects. Her paintings can respectively exist as objects, space, or environments, blurring the distinctions between a work and its inherent structures of display.

New objects constantly enrich Du Pasquier’s imaginary and symbolic world and she follows particular, poetic paths to construct and compose forms, sculpt space, and render representation anew. She considers everything that she has done as raw material for future projects - a work that sets its own limits in each instant but at the same time is always ready to escape the frame of any rules, entering into unknown territory. 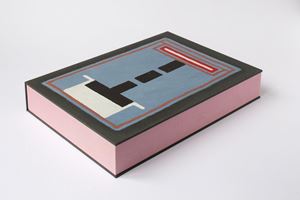 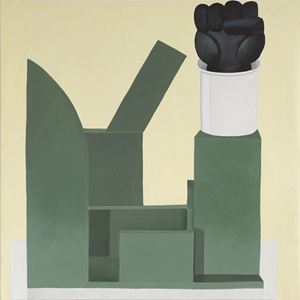 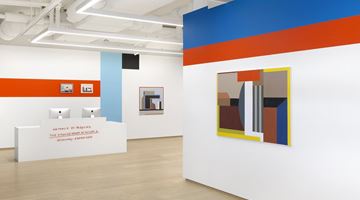 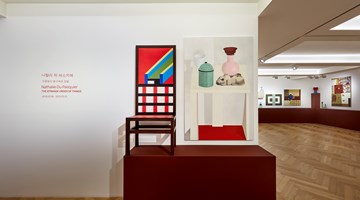