Gina Pane was born in 1939 in Biarritz, France and spent most of her life working between Milan and Paris, where she died in 1990. She trained at the École Beaux-Arts in Paris and was associated with Edmee Larnaudie's Atelier d'Art Sacré [Studio for Sacred Arts] from 1961 and 1963. From the 1970s onwards, Pane became a defining figure of the international Body Art movement with her 'actions' - a series of highly choreographed events in which the artist subjected herself to intense physical and mental trials, exemplified by works such as Azione Sentimentale (1973), Action Psyché (1973/74) and The Conditioning (1973), during which she lay upon a metal bed frame suspended over burning candles. Pane stopped performing entirely in the early 1980s and began working in the fields of sculpture, installation and painting until her death. Her final series Partitions (1980-89), inspired by the lives of martyrs, led her to re-examine the portrayal of the body throughout the history of the visual arts, specifically in relation to the mystical and religious iconography of the Renaissance. 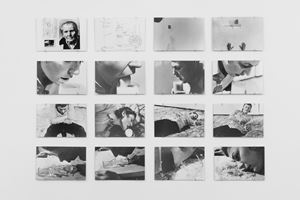 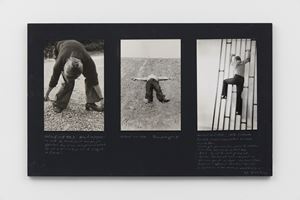 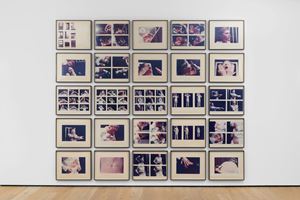 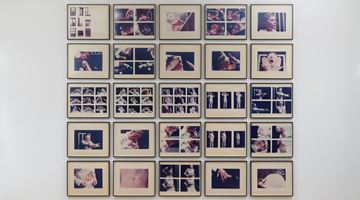 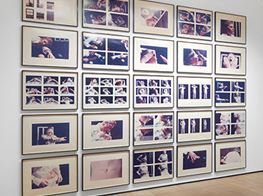 Related Press Gina Pane Made a Spectacle of Female Suffering as a Form of Protest 8 July 2019, Frieze

Taken in the artist's Paris studio in 1971, the image documents Gina Pane's first 'pain performance', Escalade non-anesthésiée (Unanesthetized Escalation), in which she climbed up and down the metal frame for 30 minutes, until her hands and feet were so wounded that she could not continue. 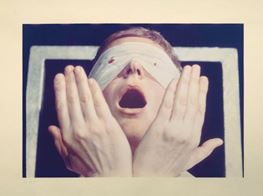 Related Press How Do You Present Performance Art Once It’s All Over? 13 June 2019, Elephant

Performance art, by the very nature of the medium, is an ephemeral, unpredictable live moment. Of course, such pieces are carefully constructed, choreographed, costumed and so on; but ultimately they exist in a live dynamic that can be as dependent on the viewer as the artist.