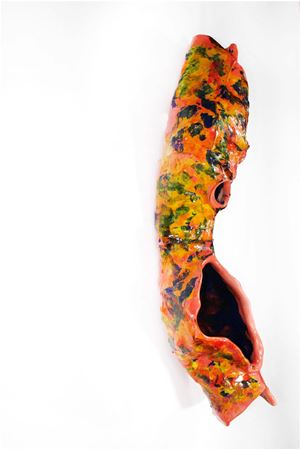 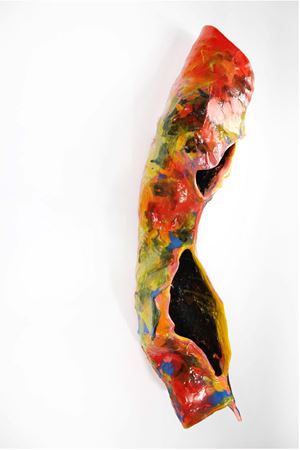 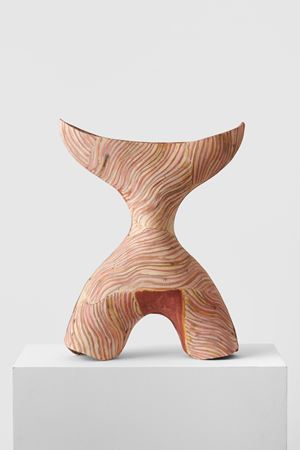 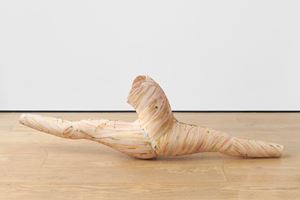 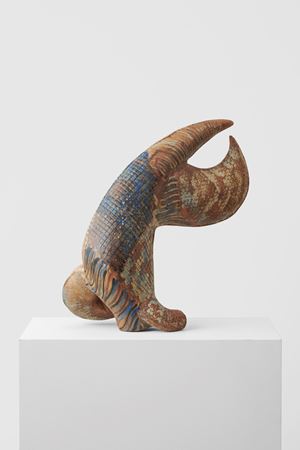 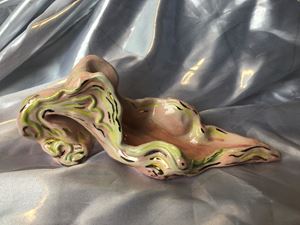 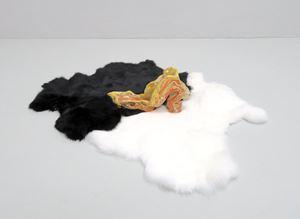 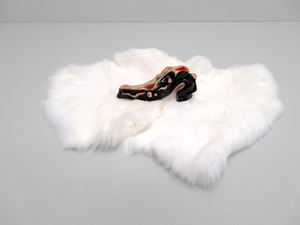 The rise of feminist art theory and the recognition of widespread gender discrimination in the arts over the past 50 years has significantly focused on textile and fibre sculpture as a key media, with Roszika Parker's seminal 1984 publication The Subversive Stitch giving a public voice to the field. Removing textile from the domestic sphere, it is now a respected and popular art form, yet ceramics, textile's crafty counterpart, has yet to achieve the same status.

A decade before Parker's publication, Miriam Shapiro coined the phrase 'central core imagery' in her 1973 essay 'Female Imagery,' published in Womanspace Journal. Shapiro used the phrase as a reference to the vaginal form as a representation of female identity and how her female counterparts were harnessing this form to their particular needs. This is best epitomised in Judy Chicago's The Dinner Party (1974–1979), a suite of 39 elaborate place settings, each with their own vulvic ceramic painted plate. 'Ceramics: The Central Core' takes this at its inspiration: exploring the work of leading female artists and ceramicists, who have used central core imagery, whether explicitly or not, through the 'open' form.

American sculptor Lynda Benglis' 'Bird's Nest' series are a vivid manifestation of this central core, with the ceramics modelled as abstract, elongated 'bird's nests' with a deep central opening. Benglis, who is best known for her poured sculptures made from wax, latex, metal and foam in the 1960s, created these glazed ceramic moulded forms to be hung on the wall–the first time ever with the medium–with the raised lips on either side offering an opening to the space within. Placed next to the small, fantastical ceramic shoes of Zöe Williams, their monumental size is exaggerated, and they appear as surreal, Dali-esque melting forms.

British artist Zöe Williams offers an unwearable antidote to societal expectations of a woman's attire: she renders her lone shoes as unwearable both in form and in media (ceramics being inherently fragile). Selecting to present just one shoe as a pointed subversion to the Cinderella story, Williams aptly titles one as an homage to Carol Rama, the famed Italian feminist artist who spent most of her life working in obscurity in Torino. Tying Rama's surrealist and provocative works into her own psycho-sexual fantasy of desire, Williams creates a staged tableau in the same vein as her predecessors, which also includes Helen Chadwick.

With High Salmon piss pot heel, Williams takes inspiration from a series of drawings of the previous year, The unruly glove the green bum and the sickly trickle. The symbol of urine has been a recurrent theme in her work, and here Williams debases the hyper-feminine pink heel, making it an open receptacle for urine, placed upon a dyed rabbit fur altar. With Flesh and lime slipper (2019), the 'skin' of the shoe is cankered and ill-shaped, unlike the pristine glass slipper of Cinderella, and at odds with the soft, luxurious fur beneath. The 'openings' of Williams' shoes stand-in for the central core, taking the high-heel to be her signifier of the vaginal opening.

Juxtaposed against Benglis and Williams is the work of the pioneering Belgian-born British artist, Jacqueline Poncelet. Poncelet was loosely associated with the 1980s New British Sculpture movement, a male-dominated movement led by Tony Cragg, Richard Deacon, Anish Kapoor and Bill Woodrow, who were reacting to the prevailing minimal and conceptual movements at the time. Poncelet's abstract forms are infused with a sense of sexuality: the phallic form of a Rhinoceros; the Venus of Willendorf, the famed female figurine made 25,000 years ago; or the ambiguous form of a fractured body in the shape of split legs. These ceramic works show her innovative and sensual approach to the media, each designed with coloured patterns and marks, rooted in her early fascination with naturally occurring patterns.

46 new artworks have recently been added by Richard Saltoun Gallery.
Sign up now to be among the first to know when new artworks are added.
Sign Up