In a special collaboration with Marinella SENATORE and gallery artist Silvia GIAMBRONE, this exhibition brings together two leading artists to explore Feminism in Italian Contemporary Art. Curated by Paola Ugolini, the exhibition is a visual representation of struggle, resistance and growing awareness in the belief that art can trigger a constructive dialogue–overcoming differences in gender, class, race and religion.

Works in the exhibition will represent two aspects of the feminine: on the one hand the home–the domestic environment, that warm nest of family intimacy that all too often, rather than providing a shelter from the world, can become a deadly trap of inevitable frustrations and conflicts. On the other hand: activism, the street, slogans, songs, banners, marches, raised fists or hands joined high over the head to form a triangle–that symbolic and powerful gesture that appeared during the late 1970s, then disappeared and now, finally, has reappeared in recent demonstrations. 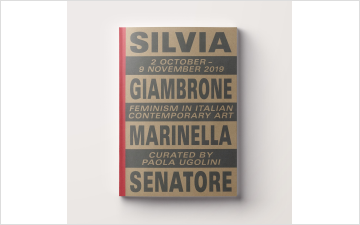 10 new artworks have recently been added by Richard Saltoun Gallery.
Sign up now to be among the first to know when new artworks are added.