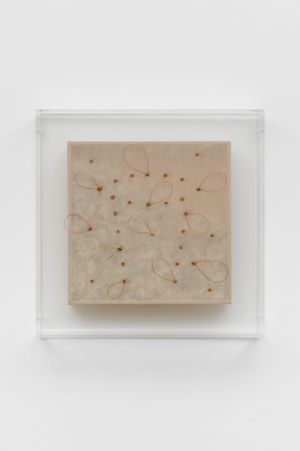 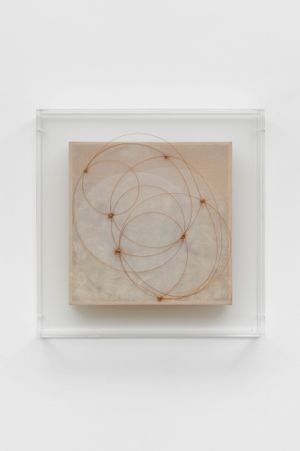 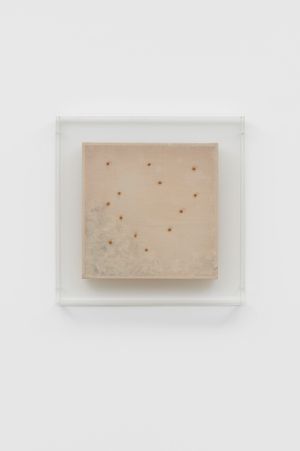 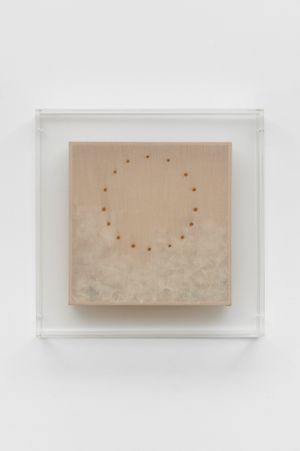 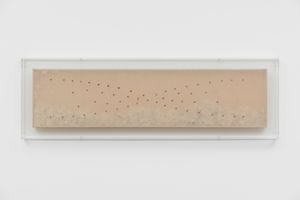 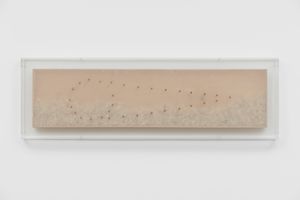 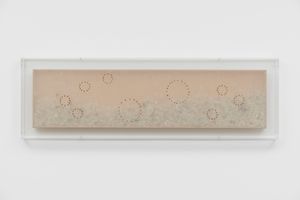 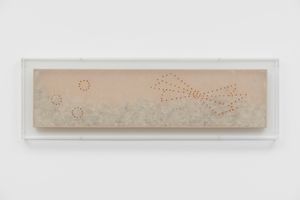 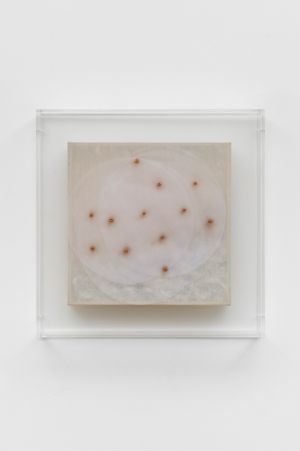 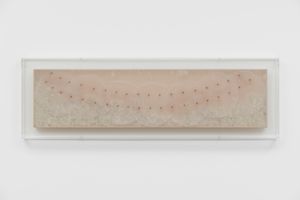 Part of Richard Saltoun's 'Women 2.1' online series of exhibitions spotlighting female artists, this virtual presentation showcases works by Italian Feminist artist Mariella BETTINESCHI. The show, the first solo presentation of Bettineschi's work at the gallery features a selection of works from one of her first series: the Piumari (Feather boxes).

'At the beginning of the 1980s, after a long process of un-learning what I learnt in art school, the Piumari were born.' The Piumari was one of the artist's first series to give voice to her ongoing interest and research into alternative languages: the ability to transform and create new ways of thinking with our own breath and further illustrating women's capabilities to bring life into the world.

The word Piumari translates as feathers, a literal articulation of the media of the works, which Bettineschi plays with. Elegant, minimal boxes contain loose feathers, suspended beneath a thin layer of organza belying their volatile nature, their place easily changed by the viewer with just a breath or a movement. The ability to transform the shape of the work, and thus the meaning, was integral to Bettineschi's practice and research.

The surface, the thin layer of organza which protects the feathers, is traversed by patterns of different materials and constellations of gold thread, acting as a protective barrier for the feathers beneath the sheer fabric. As often in Bettineschi's work, two levels overlap: one internal, mobile, hidden, mysterious; and the other external, rich, changeable and full of stories – leaving the viewer suspended between pleasure and uneasiness. Bettineschi tackles creation outside the mainstream in a completely unusual way, developing a unique and minimal, intimate approach to her work.

These small wooden boxes act as relics for the past and represent the beginning of a dense path of expressive research for Bettineschi and the need for a 'tabula rasa' (blank slate), as intended by Carla Lonzi's proposal of resetting and suspending the reference to texts and practices of the past, mainly created by men.1

Since those experimental years, Bettineschi has remained flexible, incorporating different materials and methods across painting, sculpture and architecture, with focus on photography and digital image over the past twenty years.

Mariella BETTINESCHI (b. 1948) was born in Brescia, Italy. After completing art school in 1970, she graduated from the Giacomo Carrara Academy of Fine Arts in Bergamo. In 1988 she participated in the 43rd Edition of the Venice Biennale, and one year later she moved to Berlin, where she worked until 1995. She currently lives and works in Bergamo, Italy.

Bettineschi has been included in various solo and group exhibitions, including most recently TI BERGAMO, GAMEC, Bergamo (2020); Perceptions 1, Fondazione Volume, Rome (2019); ART UP, UBI BANCA, Bergamo, (2019); The next era, NOAM, Bergamo (2017); and Works from 1980 to 1986, The Piper Gallery, London (2014), amongst others. She is featured in various publications, including a monograph on the artist titled The Next Era, with texts by Giacinto Di Pietrantonio, Paola Ugolini and Attilia Fattori Franchini. The artist's first monograph was published by Electa in 1990, edited by Achille Bonito Oliva.

Sign up to be among the first to know when new exhibitions by Mariella Bettineschi or at Richard Saltoun Gallery open.
Sign UpLogin