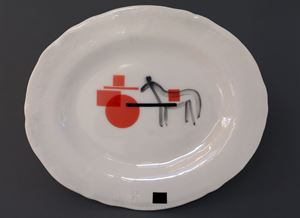 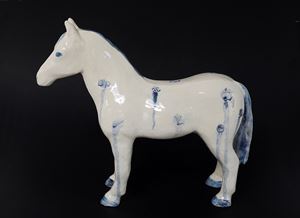 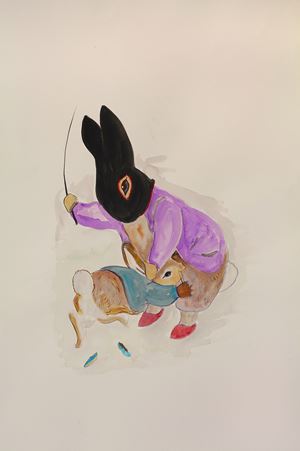 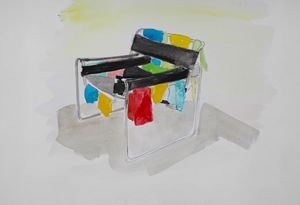 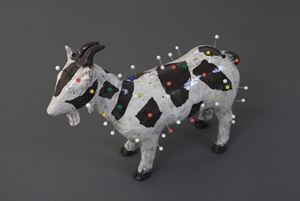 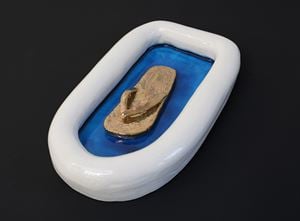 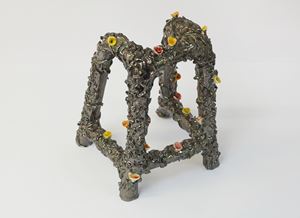 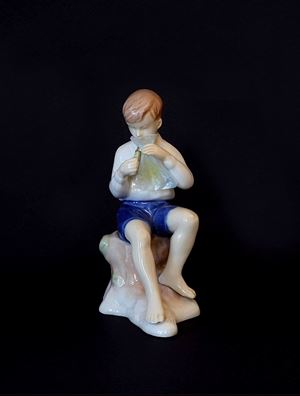 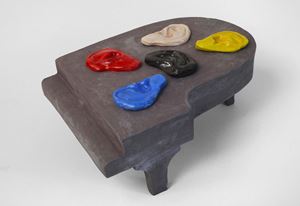 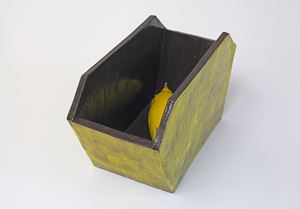 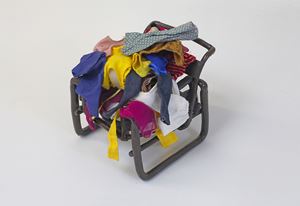 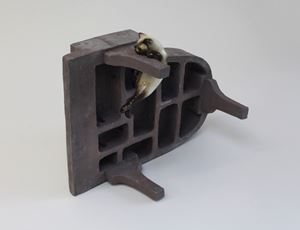 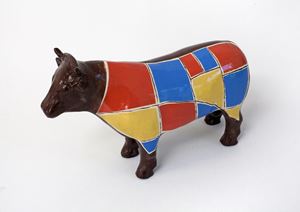 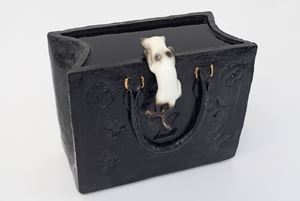 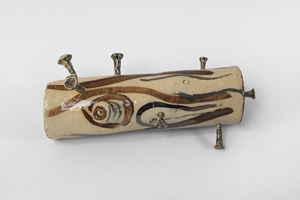 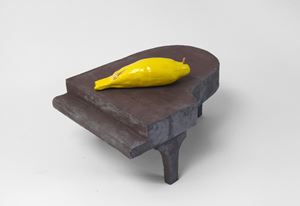 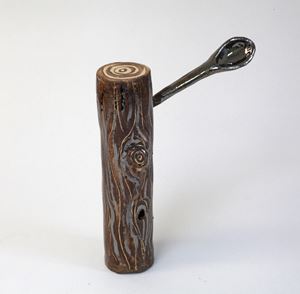 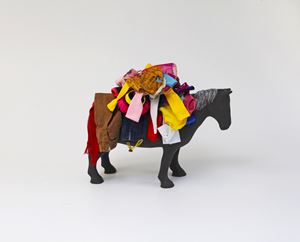 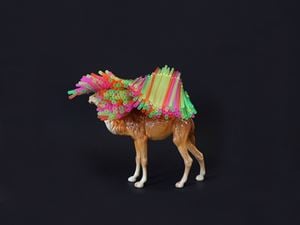 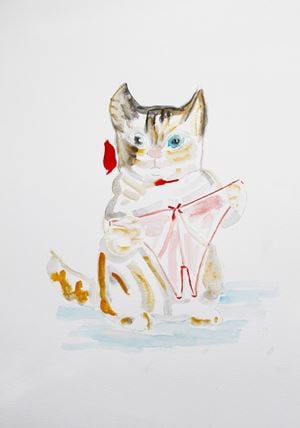 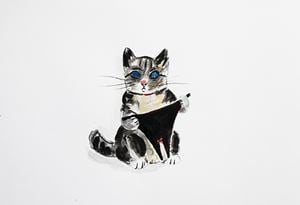 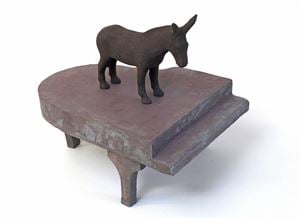 Part of the gallery's Women 2.0 series, virtual exhibitions spotlighting work by female artists, this online presentation showcases British artist Karen Densham, featuring her subtle yet edgy ceramics and watercolours, several made this year and shown here for the first time.

With a practice spanning ceramics, works on paper, photography and video, Densham combines kitsch with satire. Her work aims to challenge assumptions about the world around us. Seemingly innocent, ornamental objects destined for the mantel soon reveal hidden meanings and greater complexity, confronting issues around sexual desire, military campaign planning, the refugee crisis and capitalism. Using items found on eBay, charity shops or car boot sales, Denham recreates these in clay or watercolour, transforming them into objects with double meaning. Always with a touch of humour, her work forces closer inspection, uncovering light-hearted and mischievous subversion at play.

The ceramic figurine Killjoy (2015), an 'assisted readymade' in Duchampian terms, depicts a boy playing a flute, however modified so that he is shown sniffing glue; a dead canary, with a gold lustred beak and feet, is encased in a miniature skip in Hop, Skip, Jump (2020) referencing the bird's use in coal mines to alert to the presence of deadly gases; and Pussy in the Well (2020) shows a twee climbing cat from the 1970s, reminiscent of the artist's childhood, scaling a ceramic designer handbag, only to peer into a black, listless void.

Densham's watercolours are more explicitly sexual, often appropriating and subverting illustrations from English children's book writer Beatrix Potter. In Bunny (2014), Densham presents Mr. Bouncer in a 'gimp' mask smacking his nephew Peter Rabbit with a whip, undermining the original innocence of the childhood tale while calling into question the outdated mode of corporal punishment and its association with sexual gratification. SexKitten (both 2015) takes Potter's Miss Moppet, a playful story of cat and mouse, and places her in crotchless knickers, spotlighting society's sexualisation of children and the complicated question of erotica.

Based in Ipswich, Karen Densham (b. 1960) studied ceramics at the Royal College of Art, London, as well as The Polytechnic, Wolverhampton and Harlow Technical College, Essex. She has been featured in solo and group exhibitions in prominent institutions, including the V&A, Serpentine, Whitworth Art Gallery, ICA London, Jugg

Art Foundation Gallery, The Minories Gallery, and the Museum of Contemporary Ceramic Art (Japan), amongst others. Her work is included in public and private collections in the United Kingdom and around the world. Shehas been the recipient of numerous awards, including Eastern Open's Experimental Media Award, EuropeanPrize of Contemporary Art and Design and the London Arts Board Award.

Waiting for Something Better to Come Along

Sign up to be among the first to know when new exhibitions by Karen Densham or at Richard Saltoun Gallery open.
Sign Up