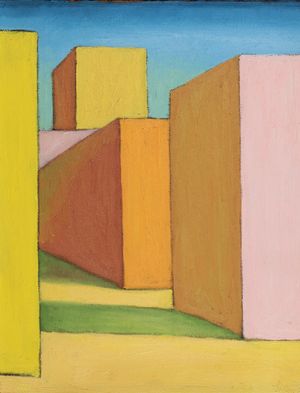 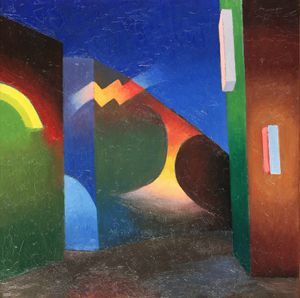 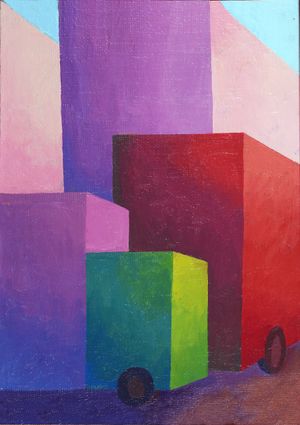 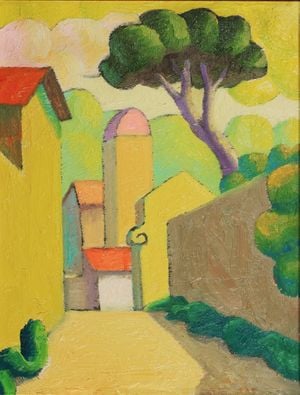 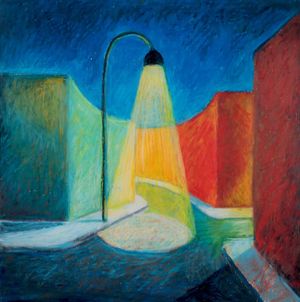 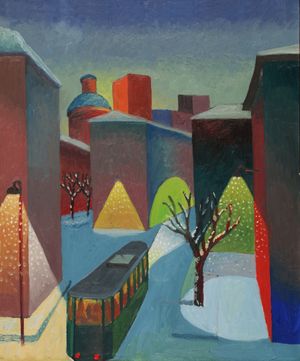 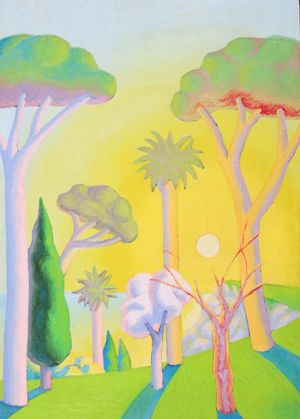 Robilant+Voena is delighted to present its latest online exhibition, Salvo in the 80s: Light and Form, featuring landscapes and urban vistas by this influential and unique figure of Italian modernism.

Salvatore Mangione, who later adopted the moniker Salvo, was born in Leonforte in Sicily in 1947. In 1968 he relocated to Turin, where he became associated with the dynamic group of artists founding the radical Arte Povera movement.

Salvo shared a studio with Alighieri Boetti, and produced distinctive and playful works. He is a singular artist of Italian modernism, who later broke away from conceptualism to forge his distinct visual language.

Combining bold, saturated colours with a naïve simplicity of form and a nuanced understanding of the effects of light, his paintings from the 1980s evoke a strong sense of place and time. Like Salvo himself, his uninhabited cityscapes and lyrical landscapes resist labels and cannot be defined by artistic movements, but instead offer visions of Italy that are at once singular to the artist, instantly recognisable, and utterly timeless.

Salvo in the 80s: Light and Form

Sign up to be among the first to know when new exhibitions by Salvo or at Robilant+Voena open.