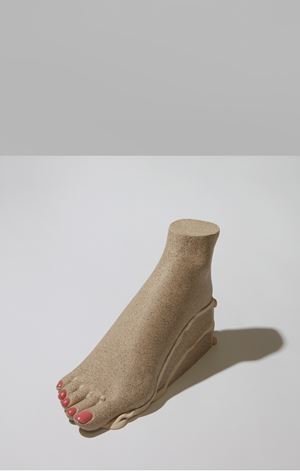 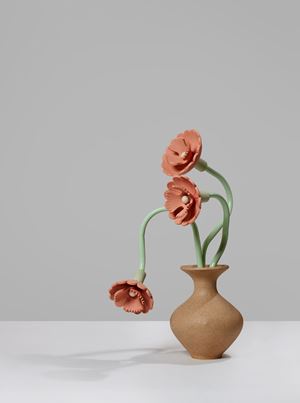 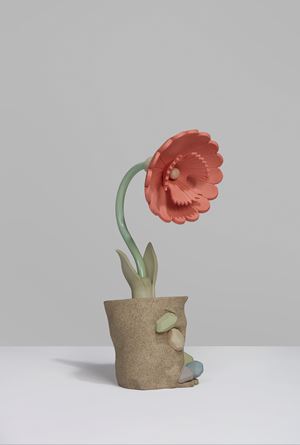 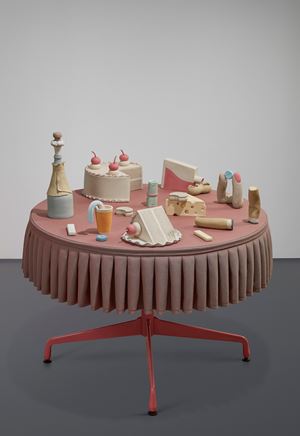 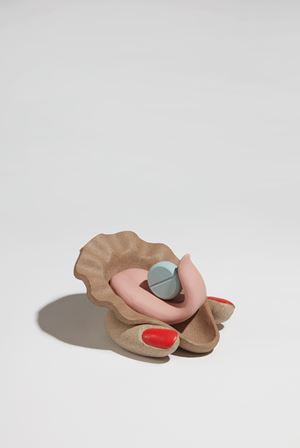 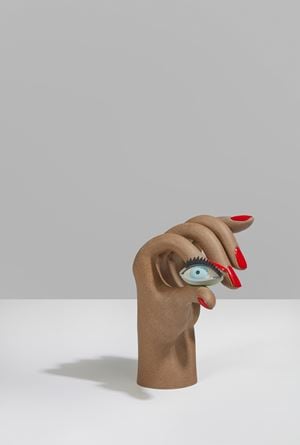 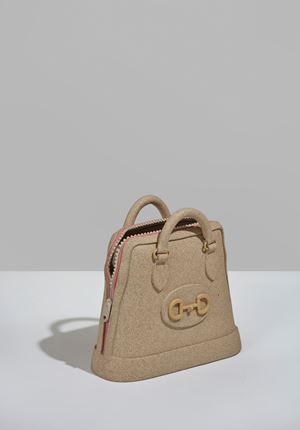 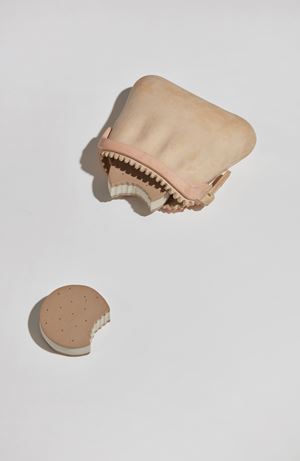 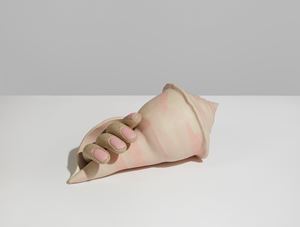 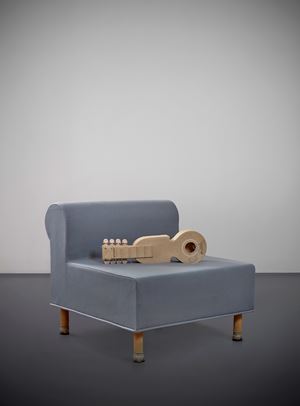 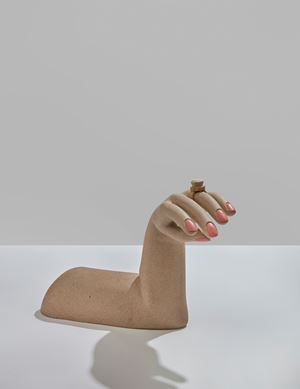 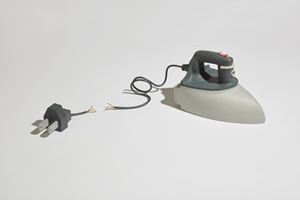 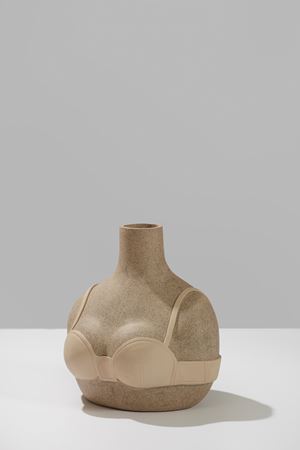 rodolphe janssen is pleased to announce The Party's Over, a solo exhibition by New York based artist, Genesis Belanger. This is her first solo European show.

In Belanger's latest body of work, the remnants of a raucous celebration lie scattered throughout the gallery's space. Her groupings of expressive sculpted forms, muted in colour and rendered in porcelain and stoneware (often atop lush furnishings), intimate a blowout of epic proportions and a desperate need to pick up the pieces. After the party, Belanger seems to say, the hangover comes.

In mathematics, an inflection point marks the moment in a curve where a change in direction occurs. The calculus on display in this exhibition seems to portend a possible shift—a sense that we're approaching the terminal decline of a toxic patriarchy. 'They're getting in their last punches,' explains Belanger. As such, the cumulative effect of the show's work is a sense of quiet outrage, masked by Belanger's playful forms that are suffused in humour and irony. With this dual narrative at play, Belanger's own domestic drama can in some manner be compared to the deceptively complex melodramatic films of Douglas Sirk and Rainer Werner Fassbinder, where a pronounced sense of style slyly conceals the profound message beneath.

Belanger's ability to anthropomorphise common domestic items with clichéd feminine attributes, denotes an acknowledgement of the issues that women endure at the hands of society at large. An exaggerated ceramic guitar lies in repose on a soft marshmellow-ish lounge chair with bronze fingers for legs. The guitar's metal strings are broken, frayed, frazzled, and rendered useless. Belanger suggests the female form is an instrument that men demand to be played. Here, though, this odalisque is unplayable—a futile instrument in the eyes of the powerful. Elsewhere, a clothes iron—a literal symbol of the archetypal American housewife's liberation—has its cord cut and wires exposed.

While Belanger's individual sculptures have isolated and subverted modern symbols of femininity, this exhibition seeks to install a broader thematic dialogue between each of these objects and their respective tableaus. Pieces from one part of the exhibition exist in dialogue with another. A lavish cake with two slices missing sits on a crowded table, one slice laying sideways on a plate nearby. Elsewhere in the show we find the other missing slice, now serving as a wedge sandal on a disembodied foot, cream seeping through the toes in tiny circular beads. The effect is reminiscent of the parlour game, 'telephone.' The whispered message? #Time'sUp.

Throughout the show, Belanger introduces fugazis—false symbols—of female liberation for our close inspection (bras that restrict, boxy handbags with teeth-like zippers, candy-coloured tranquilisers) that reveal themselves to be deceptions and diversions. These, Belanger posits, are things that society forces on women, removed from their actual needs. Spending time with The Party's Over and its complex web of silent dialogue reveals Belanger's quiet confidence that while the powerful have had fun while it lasted, the last laugh clearly won't be theirs.

Sign up to be among the first to know when new exhibitions by Genesis Belanger or at rodolphe janssen open.