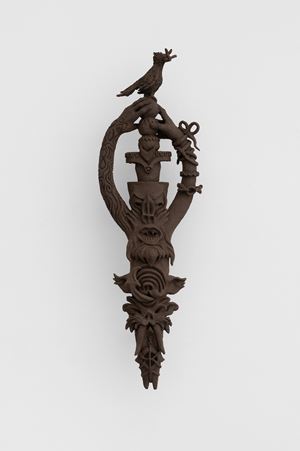 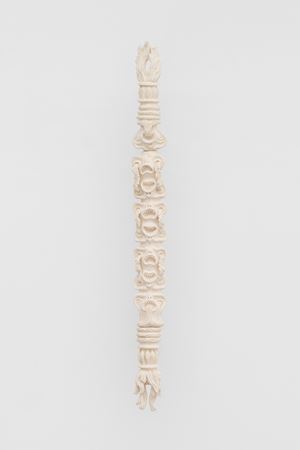 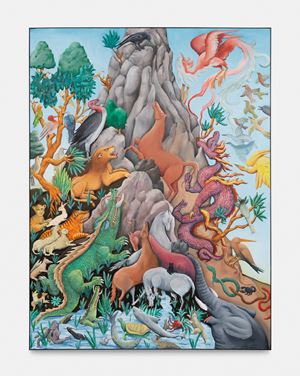 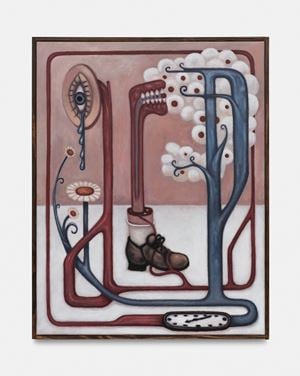 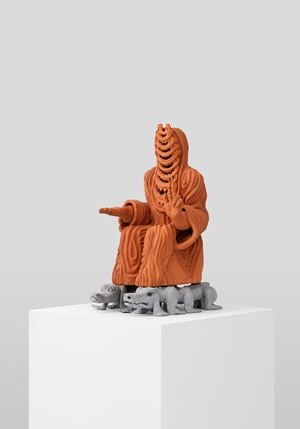 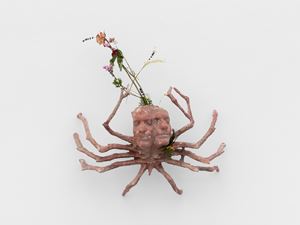 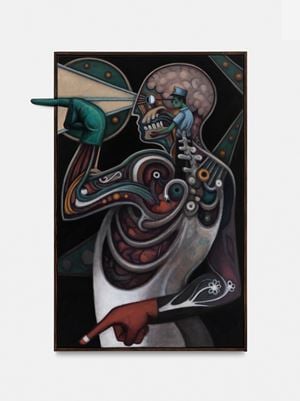 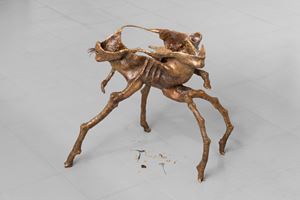 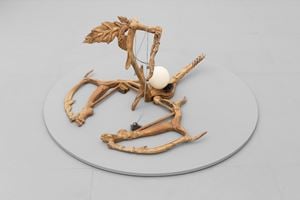 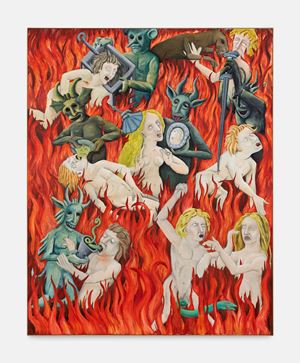 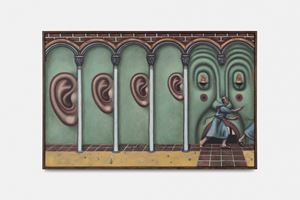 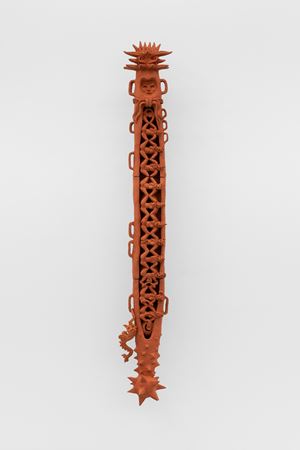 The exhibition brings together works by four artists residing in Belgium, who are, each in their own way, returning to a certain type of figuration in painting and sculpture that is loaded with symbols, allegories and metaphors.

The title of the show is derived from painting by Pieter Brueghel the Elder from 1559, that depicts a symbolic fight between carnival and lent, an allegorical battle between religious devotion and profane enjoyment. At the risk of generalising, the aim of the exhibition is to show works by a young generation of artists, who are, in the tradition of the Flemish primitives and their followers, going back to the portrayal of mystical subjects or allegorical scenes, but in a contemporary context. Often based on theories, texts, or historical examples, their works reveal an interest in the history of art, traditions, science, ornaments, religion, fiction, and so on.

Folklore is at the heart of Nils Alix-Tabeling's practice as a sculptor, videographer and curator-director, he invokes in his work characters from the past, mythical creatures, chimeras, or historical figures. His interest in paganism and medieval fables is embodied through a practice of sculpture and craftsmanship that combines cabinet making, jewelery design, papier-mâché and ikebana. Mutant monsters, the humanoid figures that he sculpts are always hybrids, transpecies, transgender, erotic and grotesque. They form a Chthonian pantheon of repulsive and desirable beast beings, often mobilised through dramaturgical activations: operettas, oral tales and rituals. In these performances, actors converse with these creatures; they express their desires and affections, sing and dance for them. Each new project becomes the site of a narrative arc invoking 'friends from the past', authors or artists, such as Colette, Verlaine, Marcel Aymé, Mirabeau, alongside deities, witches and striking spirits. This ongoing dialogue between the dead, the living and eternal beings adresses ceremonial legacies and esoteric beliefs with concern for sexual and ritual consumption: trough games of mystical ingestions and regurgitations, its agents and protagonists advance from possession to penetration, ventriloquism to vision. They open trans-temporal spaces where the body is approached as a receptacle for memory, magical performativities and power. -Thomas Conchou

'I am interested in the act of painting as a way to explore the idea of conceptual metaphors, metaphors that structure our world view and perspective ( see metaphors we live by by Lakoff). For me, painting, in an impro- visational mode, can turn the process of metaphor into a visual performance or an evidence, a constant sliding across the surface of a subject, it can enact the semantic jumps the mind makes when likening one thing to another and it provides an evidence of this fundamental activity. I have used text and text-like forms in my paintings a lot, and my interest is around the borders of where text becomes body, things that can hover between legibility and sensibility. I am interested in the choosing of objects to invest with meaning and create a narrative, but also to look at the mechanics and syntax of that meaning and how it is created. Painting becomes a machine that allows metonymic growth, a kind of world building.'

Poelmans operates in a kind of no man's land. His paintings function like pictorial pin pricks in the tradition of painting, but at the same time they attempt to escape any conceptual or representational framework. Style, for example, does not seem to interest the artist. Repetitive, abstract, almost 'painfully decorative' compositions appear next to hyperfigurative scenes where legends seem to undermine any form of gravitas.

Sharon Van Overmeiren (born in 1985 in Antwerp, lives and works in Nazareth, Belgium)

The work of Sharon Van Overmeiren reflects on the meaning and common lineage of objects and images with which we surround ourselves, particularly the relationship and intersection between objects and their natural metaphysical expression. She thinks about how a specific image or a complete visual language is created, how the forms become bearers of meaning, and how this meaning changes-through time or culture.

She creates new, composite images that are made up of a multitude of references. Objects are transformed into sculptures and identified as functional entities. The functioning of the human mind as an inevitable mechanism linking the past, the present and the future is a recurring theme. Van Overmeiren's sources and references are extremely broad and cover both high and low culture: from cartoons to pre-Columbian motifs, from museum scenography to Pokémon. The images Van Overmeiren creates are literally layered, and the relationship between all the different layers of images constantly evoking new meanings.

Be among the first to know when new artworks and exhibitions at rodolphe janssen are added to Ocula.