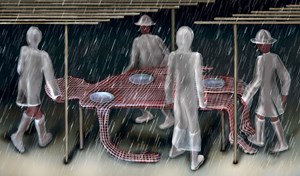 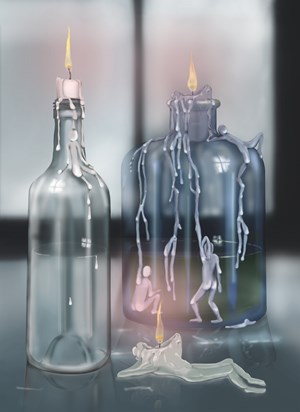 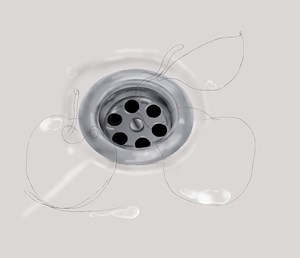 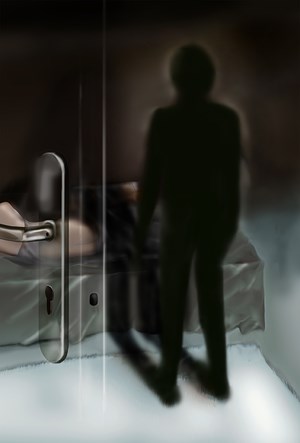 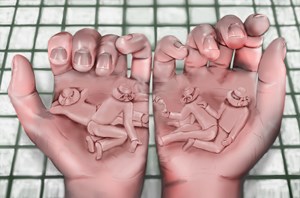 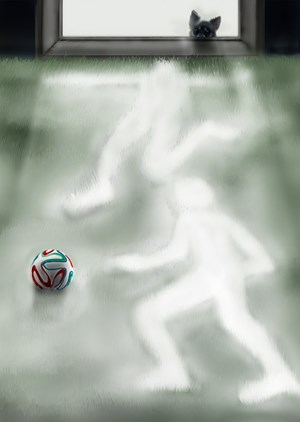 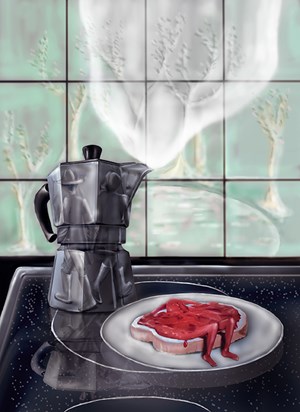 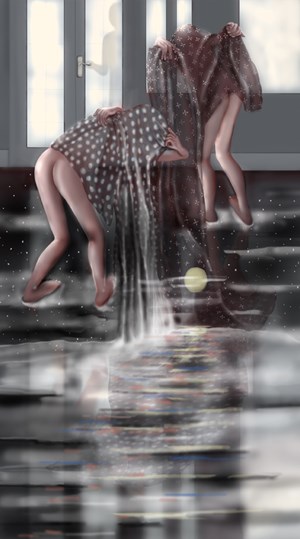 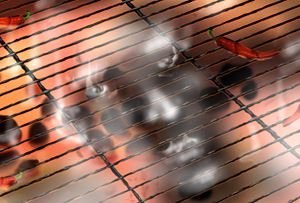 In his 1957 essay Cuisine ornementale, Roland Barthes describes the application of smooth coating in connection with the staging of table dishes for recipes in Elle magazine as a fundamental component of the photographic reproduction of an ingredient, and attributes his perception to the role of the eye and its purpose. 'Cela tient évidemment à la finalité même du nappé, qui est d'ordre visuel', writes Barthes.1 Thus this order of the visible manifests itself in Louisa Gagliardi's compositions, which she presents on the occasion of her second exhibition at rodolphe janssen, in a similar, ultimately consistent manner. In her compositions, Gagliardi examines the perception of fantastic appearances that we encounter in the context of the domestic realm and confronts this with an idea of living space as a precarious affirmative.

They arise from household utensils, human body parts, materialise from arbitrary forms on surfaces to which they adhere. They are depicted resting, lying, sleeping, or kneeling. They turn their backs on us, turn away, or look at us with a determined gaze. Nothing in between. As anthropomorphic, genderless figures, they circulate in the spaces of the virtual image. Though they are physically linked to their source, their material origin cannot be discerned or grasped. They represent nothing but an idea that accompanies us in the living space and never disappears, even if it is not revealed to our eyes. They are the idea of a different story that lives and works on the surface of the domestic imagination.

For us, living spaces represent a microcosm in which we live, rest, sleep, eat. They reflect the unfolding of temporality, for example when we go into the kitchen and fill a glass with water. We drink from it, then put it down, and drink from it again at a later time. We find the glass again in the same place, the inside dampened by drops. For the artist, the depiction of domestic fantasies, in which figures with human features materialise on surfaces and thus detach themselves from their context and adopt a passive attitude, represents a reflection on the constant desire to linger in another, possibly better place. At home, we perceive and process time differently, perhaps more clearly, projecting our thoughts onto the objects that are around us.

In her compositions, Louisa Gagliardi explores the various forms in which the permeability of pictorial objects manifests itself. The carriers of the fantasy of the domestic life have transparent, reflecting, opaque, hermetic, or shiny surfaces, which reach a more than ideal expression on the PVC canvas. Through the manipulation of the texture of the material and its outer shell, the artist determines not only our view of the object, but also our perception of spatial depth. Gagliardi conveys the ephemeral, transcribes presence, and expresses human nature. By reflecting on virtual spaces, she simultaneously exemplifies and analyses them and their appearances. Above all, however, she does one thing: in these spaces she visualises a new, diverse order of the visible and its protagonists.

1 'This is of course connected with the actual purpose of the icing, which is part of the order of the visible', Roland Barthes, 'Cuisine ornamentale', in Mythologies, Paris: Éditions du Seuil, 1957, p. 144.

Side Effects of Satisfaction

Sign up to be among the first to know when new exhibitions by Louisa Gagliardi or at rodolphe janssen open.