Waqas Khan's large scale minimalist drawings resemble webs and celestial expanses. The contemplation leaving a visible evidence on paper is the crux of the work.Khan employs small dashes and minuscule dots to create large entanglements. Where when two particle-sque units are spread out and entangled, they are essentially 'in sync' with each other, and they'll stay in sync no matter how far apart they are. This idea of togetherness and being seen one as a magnanimous totality is what he partly absorbs from his inclination towards literature and interest in the lives of sufi poets. Khan's work also evoke a sense of scripting, which he likes to see as a discourse between him and his viewer, a dialogue which is very much formatted over the syntax of a monologue.

Graduated as a printmaker, Waqas envisage through his work a view of an autonomous entity and identity, analogous to and following the same developmental patterns as some biological organism.

His most recent group shows include Doublethink:doublevision, curated by Allistair Hicks, Tania Bahar and Begum Akkoyunlu at Pera Museum in Istanbul (Turkey); Decor, curated by Tino Sehgal, Dorothea von Hantelmann and Asad Raza at the Fondation Boghossian - Villa Empain, in Brussels (Belgium); Between Structure and Matter: Other Minimal Futures curated by Murtaza Vali at Aicon Gallery, New York (USA); Dhaka Art Summit curated by Diana Campbell-Bethancourt in Dhaka (Bangladesh), and Nada temas, dice ella curated by Rosa Martínez at the Museo Nacional de Escultura in Valladolid (Spain). In 2013 he was shortlisted for the prestigious Jameel Art Prize at the V&A.

Waqas Khan is a Pakistani artist, that lives and works in Lahore, Pakistan. Born in Akhtarabad, Pakistan, in 1982. Khan's works are part of prestigious public collections such as the The British Museum and the Victoria and Albert Museum, in London (UK); the Deutsche Bank Collection, Frankfurt (Germany); the Kiran Nadar Museum of Art and the Devi Foudation, both in New Delhi (India).

A slew of superstar curators, including ones from the Tate Modern, the Pompidou and the Rubin, are now on board for the upcoming Dhaka Art Summit. The huge biennial of South Asian art, now in its third iteration, will be held in the capital of Bangladesh February 5 through 8, 2016. The show will include commissioned solo works by Lynda... 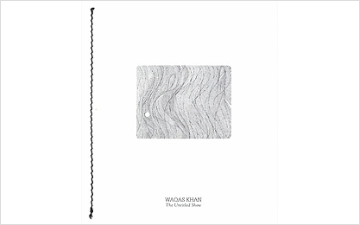 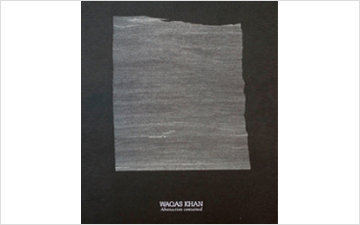