John Bock was born in Gribbohm, Germany, in 1965. He studied at the Hochschüle für bildende Künste, Hamburg, Germany. Recent solo shows include Palms at Red Cat, Los Angeles, in 2008; John Bock : 2 handbags in a pickle, INSA Art Space, Korea, in 2008; and John Bock. Films, Schirn Kunsthalle, Frankfurt, in 2007. He has had major exhibitions in numerous museums and galleries worldwide including a solo show at Frac Provence-Alpes-Cote d'Azur, Marseille, France, 2005. He has participated in various group shows including Martian Museum of Terrestrial Art, Barbican Art Gallery, London, and Laughing in a Foreign Language, Hayward Gallery, London, both in 2008. John Bock: Maltreated Frigate, a monograph of his work, was published by Walther Koenig Ltd, 2007. John Bock lives and works in Berlin. 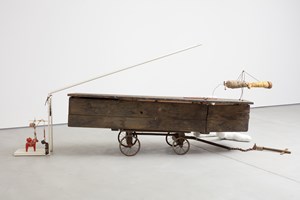 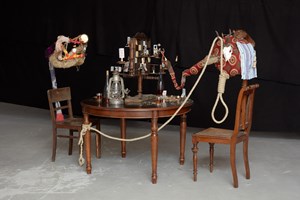 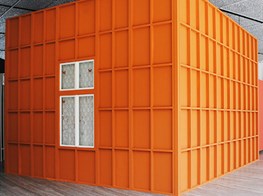 John bock addresses death and its various forms of expression in new exhibition ‘the next quasi-complex’ at the podium space of Fondazione Prada. 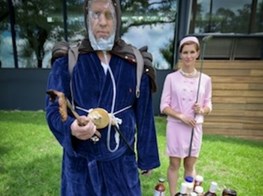 Dead + Juicy, John Bock’s new film and exhibition, highlights the bizarre and near-perverse elements that have characterised the German artist’s work since he came to prominence during the early 1990s. The film, clocking in at precisely one hour, is a circus-like delve into Bock’s view of Texan culture as seen through the lens of the state’s... 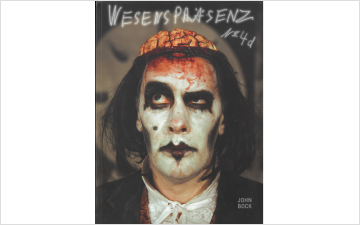