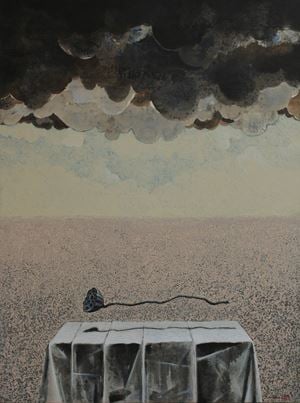 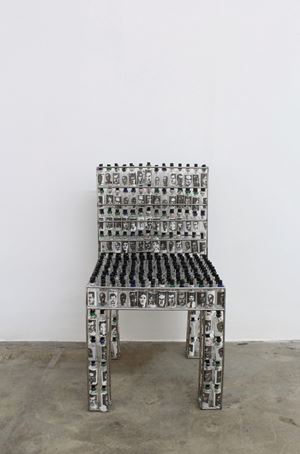 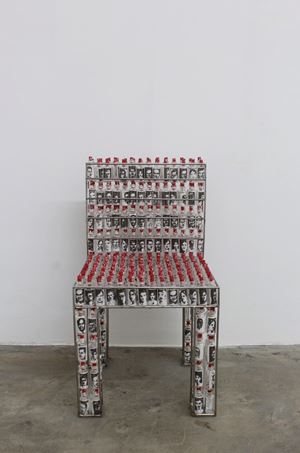 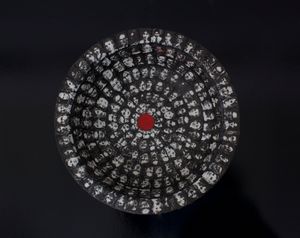 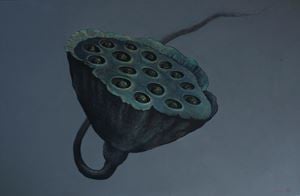 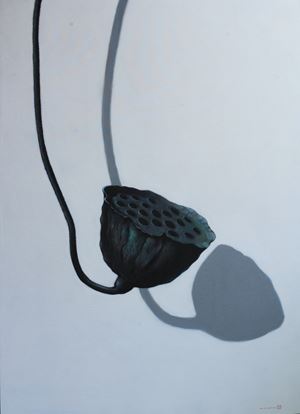 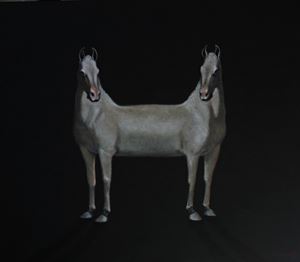 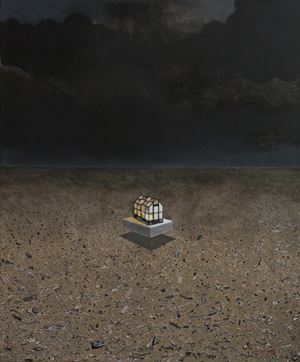 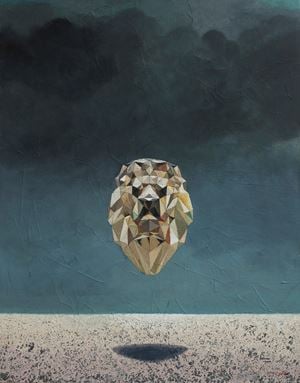 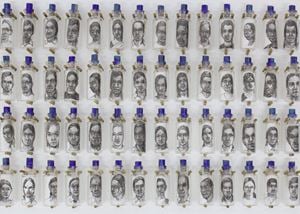 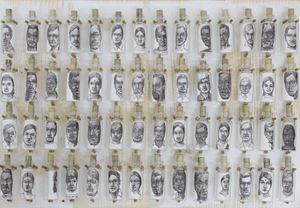 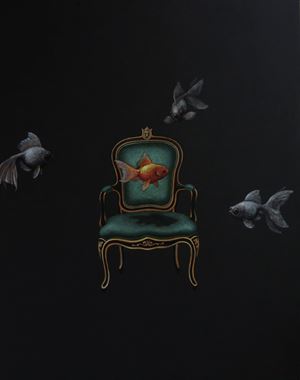 Gayan PrageethNot You I will Always I, 2021Acrylic on canvas
140 x 110 cm
Sold Saskia Fernando Gallery 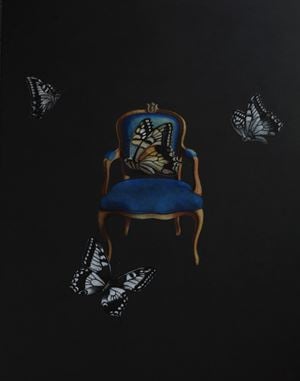 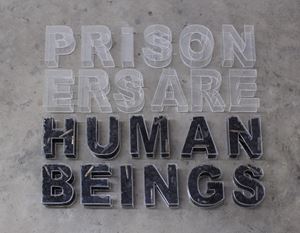 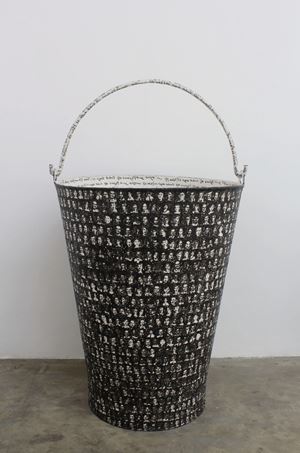 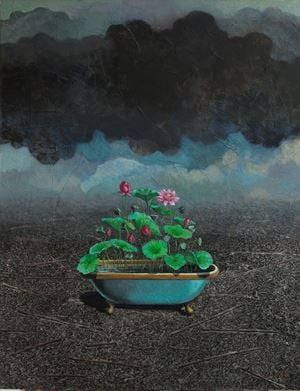 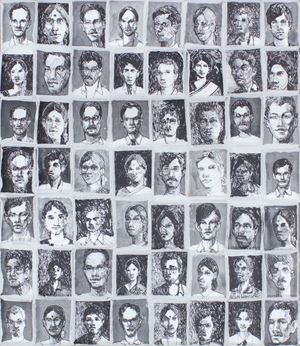 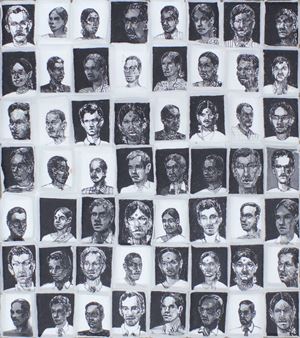 Gayan Prageeth's latest exhibition, entitled Eyes Only, highlights the grip of corruption on politics in post-war Sri Lanka. Prageeth sets his images of destruction against surrealist dreamscapes that lend an eerie disquiet through their contrast of beauty and violence. His use of distinct geometric forms speaks to the factional, divided nature of Sri Lankan politics and his intricate illustrations of faces - though a product of the artist's imagination - give an identity and presence to those who have disappeared as a result. Prageeth forces viewers to confront these realities, inviting them in with his delicate illustrations and then challenging them with their underlying debate on ethnic conflict, intolerance, and nationalism. Eyes Only features work layered in history, religious symbolism, and current affairs but Prageeth cleverly bars viewers from immediately seeing that in order to mimic the lack of transparency that is propagated by corruption.

Gayan Prageeth was born in 1980 in Horana, Sri Lanka. After obtaining his Bachelor of Fine Arts at the University of Visual and Performing Arts in Colombo, Prageeth quickly gained notoriety through his solo exhibition at Paradise Road Galleries in 2010 titled 'Paradox.' Less than a decade later, 'Eyes Only' will be his sixth solo exhibition.

In 2016, he ventured into installation works in his exhibition 'Since 1983,' drawing from ready-mades and delving into geometric symbolism to create stark juxtapositions that excite the eye and subtly confront the mind. Only a year later at the State Art Festival organized by the Ministry of Cultural Affairs, Prageeth received the 'Best Installation' award.

Since then, Gayan Prageeth has gone onto present his works internationally with Saskia Fernando Gallery at Art Dubai (2019) and in a group show entitled 'Crossing Place' at the Baik Art Gallery in Los Angeles. Prageeth is no stranger to international acclaim, having his works presented in the 2008 and 2012 Asian Art Biennale in Bangladesh. At home in Sri Lanka, the artist was selected to participate in Colombo's own Art Biennale in 2016.

Gayan Prageeth's portfolio is far from static; his medium, style, techniques, and influences develop continuously. His recent works dive deeper into the realm of political and environmental turmoil that taint our island and Saskia Fernando Gallery is pleased to announce that his 'Eyes Only' exhibit will be held from the 3rd of February to the 3rd of March 2021.

Sign up to be among the first to know when new exhibitions by Gayan Prageeth or at Saskia Fernando Gallery open.