Born in Eberswalde, Germany in 1944, Candida Höfer attended the Kunstacademie Düsseldorf from 1973 to 1982. Whilst there she studied film with the Danish filmmaker Ole John and photography under the influential photographers Bernd and Hilla Becher, who also taught noted Düsseldorf School photographers Andreas Gursky, Thomas Struth, Axel Hütte and Thomas Ruff.

Known for her meticulously composed, large-scale color images of architectural interiors, Höfer's oeuvre explores the structure, presentation, and influence of space. Interested in the psychological impact of design and the contrast between a room's intended and actual use, Höfer has focused her lens on cultural and institutional buildings such as libraries, hotels, museums, concert halls, and palaces. Whilst devoid of people, the images allow us to consider the role of their missing inhabitants. The large-scale nature of the work invites the viewer to linger over the architectural details and contemplate the subtle shifts in light that make up the character of the space.

On her decision to exclude people from her photographs, Höfer has said, '...it became apparent to me that what people do in these spaces—and what these spaces do to them—is clearer when no one is present, just as an absent guest is often the subject of a conversation.'

Höfer's internationally recognised work has been shown in solo exhibitions at the Kunsthalle in Basel and in Berne, Museum Folkwang in Essen, the Louvre in Paris, the Irish Museum of Modern Art, Dublin, and, most recently, at the Kunstmuseum Luzerne. Her work has also appeared in group exhibitions at The Museum of Modern Art, New York; the Power Plant, Toronto; Kusthaus Bregenz; Museum Ludwig, Cologne; the Guggenheim Museum, Bilbao; and Documenta XI, Kassel. Höfer has represented Germany at the 2003 Venice Biennale. Her photographs are in major public and private collections worldwide. 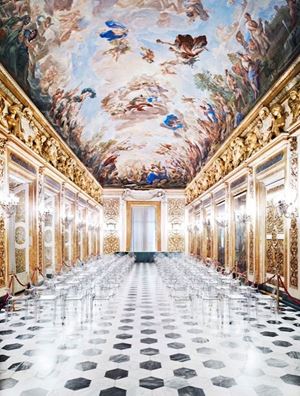 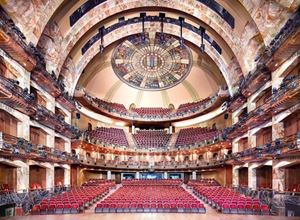 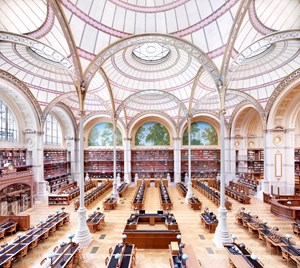 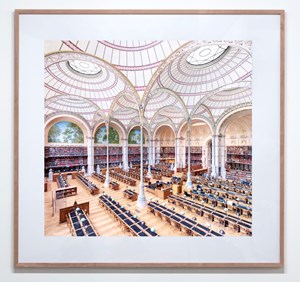 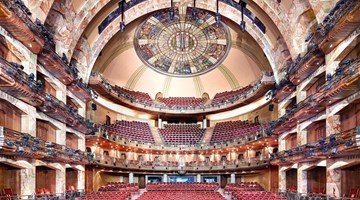 This show is a chance to create a visual environment that embraces the viewer similar to how Iolas thought of his gallery as a ballet dance where the audience is a dancer and artists decorate the set. 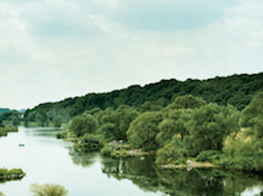 Ocula Feature Photography Or Not: A Report From The Düsseldorf Photo Weekend By Stephanie Bailey, Düsseldorf 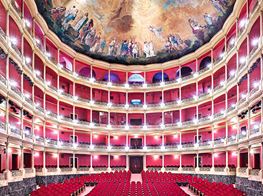 Candida Höfer's photographs are so geometric and so precise that they can appear slightly uncanny, leaving viewers vaguely unsettled. Her work has been described as a 'deadpan inventory of public spaces,' 'chillinglingly awesome,' containing a 'hostility... that is bracing,' and possessing a 'classical concept of beauty.' These characterizations... 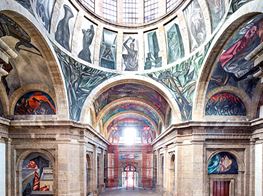 From decorative Baroque churches to shadowy nooks, Mexico's architectural history is presented in this image set by German photographer Candida Höfer, which will be exhibited in Sean Kelly's New York gallery. 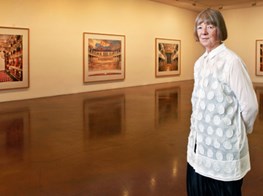 Candida Höfer, 74, one of the biggest names in contemporary photography, is best known for photographs of interiors of public buildings such as libraries, museums and theaters without human presence in them. 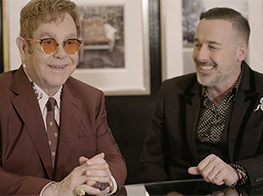 ‘A photograph brings me so much joy, they’re beautiful objects,’ says Sir Elton John, discussing a remarkable collection of 25 works by some of the world’s greatest photographers, to be offered at Christie’s in New York on 6 April 2017. Proceeds from the sale of these works will benefit the Elton John AIDS Foundation (EJAF), an international...