With clear compositions and a reductive language of form, Laura Sachs creates bodies of images that assert themselves as multi-perspective objects in space. In her new series Case the artist uses light gray coloured canvases. Turning increasingly monochrome, these pieces are focusing on its construction and the pureness of its materiality.

Laura Sachs' works are characterized by subtle settings as well as already established formal references to its surrounding architecture. In their under- stated yet highly effective aesthetics, her works stand for themselves and at the same time withstand in the postminimalist visual discourse.

Laura Sachs (b. 1985 in Darmstadt, DE) first studied philosophy and art in Frankfurt a.M.. She attended the 'Kunstakademie Düsseldorf' in the classes of Hubert Kiecol and Gregor Schneider. Under the latter, she graduated as a "Meisterschülerin" in 2018. 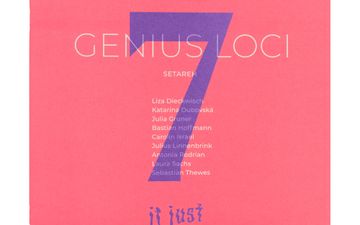