Dina Gadia (b.1986, Pangasinan, Philippines; lives and works in Manila, Philippines) is an artist recognised for her visually arresting and playfully representational style. In most of Gadia's works, ambiguous text and other quotidian expressions are combined with appropriated images from popular printed matter. Her selected visuals evoke large localised contexts and people, reflecting relevant issues, such as postcolonial attitudes, disparate economic realities, and female inequity. Despite being known for jarring juxtapositions, Gadia imbues her paintings with a sense of humour, often portraying deadpan narrations through ironic visual puns. The artist thereby eliminates traces of sentimentality or self-righteous judgment in her creations. Gadia's recent mediums include collages, acrylic paintings, and flags embroidered on satin.

Gadia received a Bachelor's Degree of Fine Arts in Advertising from Far Eastern University. She has exhibited extensively since 2005, leading solo presentations both locally and internationally in New York, Taipei, Singapore, and Tokyo. She was a member of the Bastards of Misrepresentation, a group of ambitious, avant-garde individuals gathered by the acclaimed contemporary artist, Manuel Ocampo; Gadia exhibited with the group in New York back in 2012, in a survey show that demonstrated Manila's dynamic art scene. She was a finalist for the Ateneo Art Awards, a respected award for emerging artists, in 2012 and 2018. In 2018, she was awarded the prestigious national Thirteen Artists Awards by the Cultural Center of the Philippines. In 2019, Gadia participated in_City Prince/sses_ at the Palais de Tokyo in Paris. 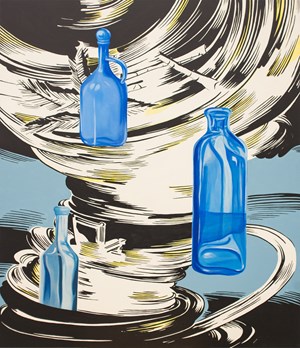 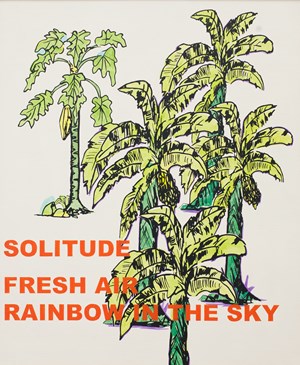 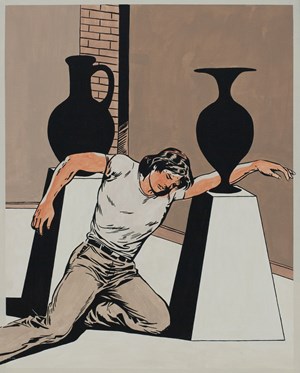 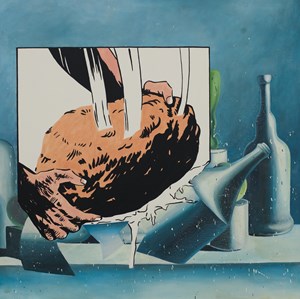 Dina GadiaNothing To Gain And Everything To Lose, 2017acrylic on canvas
48 x 48 inches
Sold SILVERLENS 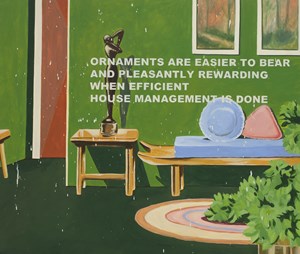 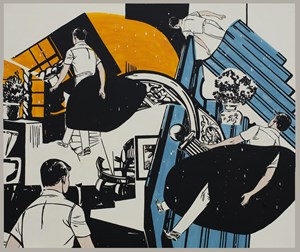 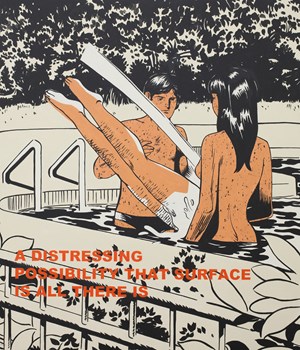 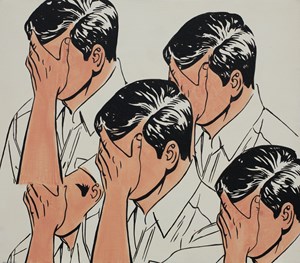 The shortlisted artists and upcoming art critics for this year's Ateneo Art Awards were announced Wednesday at the Shangri-La Plaza. For the Fernando Zóbel Prizes for Visual Art, 12 exhibits were s