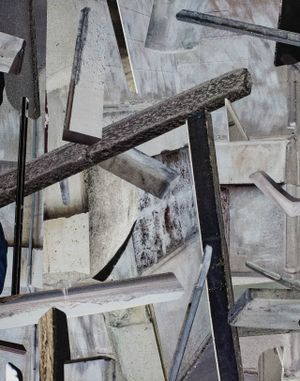 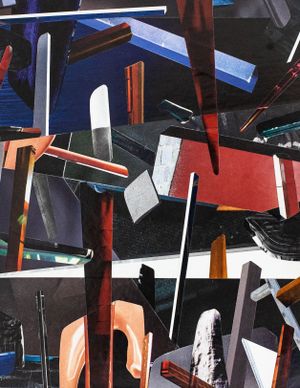 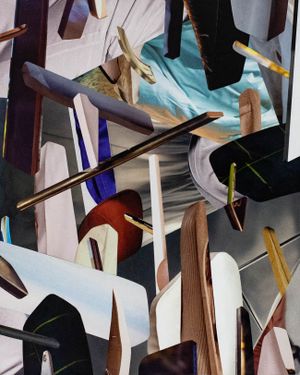 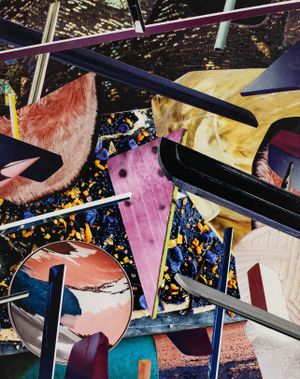 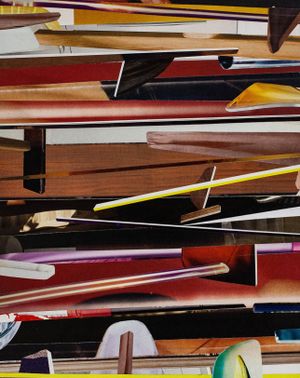 First thoughts: I wonder about all the shelved exhibitions, all the ideas and works that we'll most likely never get to see. I personally saw plans for about four to five group shows I was going to be a part of fizzle out; with some postponed indefinitely, and others de facto cancelled even before the initial plans could be laid out. One interesting example of such would've been a show at the UP College of Fine Arts with my batch mates – Lyra Garcellano, Louie Cordero, and Nona Garcia, among others – to mark our twentieth year of finishing art school. I was to co-organize it with my friend and another batch mate, Alvin Zafra, who early on had already suggested a somewhat, in light of what we know now, painfully ominous title: 2020: Perfect Visions.

I also wonder about the missed encounters, the audience that our works failed to reach and the unrealized potential that can only be activated through the simple act of gathering works in a given space. The uncertainty of not knowing when we can return to these things, to any semblance of normalcy within our practice and livelihood, is in itself a source of great anxiety. Still, I recognize another sense of uncertainty that mainly lies in how we should negotiate with existing plans and trajectories, with erstwhile career-spanning concerns that may no longer resonate in a changed world. Should one choose to remain steadfast and unaffected by the current state of things, would it be seen as being strong-willed and resolute or oblivious and even tone-deaf? I for one have long referred to the everyday as my usual starting point and primary resource, but what becomes of it now when even the mundane has thoroughly been upended?

I hesitate to label this presentation as a proper exhibition, as it is more accurately a gathering of fragments; some pieces from the cancelled Art Basel HK, where I was supposed to participate in this year's Kabinett section; collages made during the early days of the community quarantine that I grouped and framed together as a set; along with individually framed pieces from my (@collage_a_day_everyday) project, which for its part, had to be placed on indefinite hold due to some unfortunate, personal circumstances I recently dealt with. When the idea of presenting something in the old Front Room space in the gallery came up, I instinctively thought of these disparate works that I had on hand. I see no imminent reason to even attempt to thread an overarching narrative or force a deeper connection between these elements. Perhaps, the only organizing principle one could infer is that they are all excerpts from disrupted projects, vestiges of floating narratives and precarious ideas of a practice currently in limbo. They could very well be the last iterations of concerns and trajectories that have gone thus far and may no longer be sustained. If so, may this chance encounter serve either as a fitting sendoff or, better still, an opportune moment where new paths may begin to emerge.

Sign up to be among the first to know when new exhibitions by Gary-Ross Pastrana or at SILVERLENS open.
Sign Up